Can Smaller Really Be Better? It Can ... 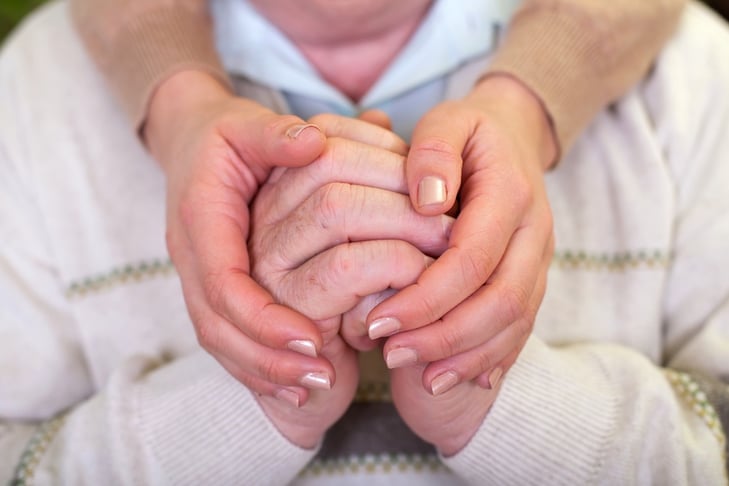 There’s a lot of confusion in the public about the difference between dementia and Alzheimer’s disease. We encounter that confusion often among our Louisville memory care residents’ family members and friends.

And it’s natural that there should be confusion, as the differences aren’t always clear to people who don’t have a medical background. But it can also cause difficulties in providing the right care when family members or friends don’t understand why a particular treatment works for one person, but not for their loved one.

Dementia isn’t really one disease — it’s a catch-all term for a variety of cognitive disorders. Some are temporary, but reversible. Others are permanent, but treatable. Still others are permanent, degenerative and difficult to manageable; Alzheimer’s disease is one such type of dementia.

Today, let’s review what Alzheimer’s is, and how it differs from other dementia variants.

Different types of dementia are classified, in part, by the symptoms they cause, by their origin, and by their typical progression.

Some dementia disorders, like age-related memory loss, occur simply due to a person’s advancing years, when the rate of decay of the body’s nerve and brain cells — neurons — surpasses the body’s ability to repair or replace damaged cells.

As the rate of neuron death increases, the brain and central nervous system tissues accordingly shrink. Memory and other cognitive functions are lost in tandem with that shrinkage.

For some people, the symptoms of age-related dementia crop up earlier than in others. There’s no magic age at which dementia starts. It’s a function of an individual’s unique cellular recipe, which is in turn derived from genetics (nature) and from the way they treated their body over the years (nurture).

Other types of dementia, like cancer-associated dementias and Creutzfeldt-Jakob disease, are caused by lesions that develop in the central nervous system. In C-J disease’s case, it’s due to the presence of misfolded proteins, called prions, which cause damaging physical changes to adjoining, normal brain tissue.

Alzheimer’s dementia arises from causes that aren’t well understood. In fact, Alzheimer’s-like symptoms may occur due to several different causes, and more detailed research may eventually result in reclassification of some Alzheimer’s variants as separate dementia-type disorders. For now, here’s what we know.

What exactly is Alzheimer’s disease?

Alzheimer’s is a form of dementia that is characterized by profound memory loss, specific physical and chemical changes in the brain, progressive loss of motor function and behavior changes.

From a physiological standpoint, some of the hallmarks of Alzheimer’s dementia include enlargement and weakening of ventricles (the “water mains” of the circulatory system) and marked shrinkage of brain tissue.

Alzheimer’s-associated brain changes occur particularly in the cerebral cortex (the outer tissues of the brain, which play key roles in our memory, attention,

perception, cognition, awareness, thought, language, and consciousness) and the hippocampus (which helps to code short-term memory into long-term memory, and is responsible for spatial orientation).

The hippocampus is typically the first area of the brain affected in Alzheimer’s, which explains why short-term memory loss and disorientation are usually the earliest symptoms noticed.

On scans, abnormal build-ups of beta amyloid proteins (“plaques”) and tau proteins (“tangles”) are visible in many Alzheimer’s patients. What are they? It’s easier to show you than tell you.

It’s not quite clear if plaques and tangles in some cases cause Alzheimer’s, or if they are generally caused by Alzheimer’s. In that sense, they present a bit of a chicken-and-egg paradox for researchers.

Alzheimer’s disease’s typical onset occurs during the senior years, but there are cases of onset in mid-to-late middle age, which may represent a subvariant of the condition, or an unclassified, separate condition that causes very similar symptoms.

What is fairly clear is that most cases of early-onset Alzheimer’s are probably genetic in origin. They tend to run in families, like the DeMoe family of North Dakota.

But even when Alzheimer’s disease has a clearly genetic origin component, there seems not to be a single chromosome or gene responsible for it. It may arise from several different single mutations, or from particular combinations of genes working in tandem.

It’d be fairer to say that, at our current level of understanding, Alzheimer’s progression might sometimes be slowed down a bit.

Memory care interventions for Alzheimer’s patients (like those we provide here in Louisville at Episcopal Church Home) are aimed at preserving remaining cognitive function and at improving the person’s quality of life.

There’s no typical timeframe for Alzheimer’s to run its course. Some patients last months and some last years. Those who receive early memory care earlier seem to fare better, longer.

It’s important to understand that changes associated with Alzheimer’s are permanent and irreversible. But memory care offers hope that your loved one will enjoy as much as possible, for as long as possible.

By
Bryan Reynolds
Bryan Reynolds is the Vice President of Marketing and Public Relations for Episcopal Retirement Services (ERS). Bryan is responsible for developing and implementing ERS' digital marketing strategy, and overseeing the website, social media outlets, audio and video content and online advertising. After originally attending The Ohio State University, he graduated from the College-Conservatory of Music at the University of Cincinnati, where he earned a Bachelor of fine arts focused on electronic media. Bryan loves to share his passion for technology by assisting older adults with their computer and mobile devices. He has taught several classes within ERS communities as well as at the Osher Lifelong Learning Institute run by the University of Cincinnati. He also participates on the Technology Team at ERS to help provide direction. Bryan and his wife Krista currently reside in Lebanon, Ohio with their 5 children.
Memory Support Alzheimer's dementia Episcopal Church Home

Personal Care vs. Assisted Living: What's the Difference? Mar 30, 2022
More Dudley Square patio homes coming to ECH Aug 10, 2022
Where to Find Support in Louisville When a Loved One Has Alzheimer's or Dementia Dec 23, 2021