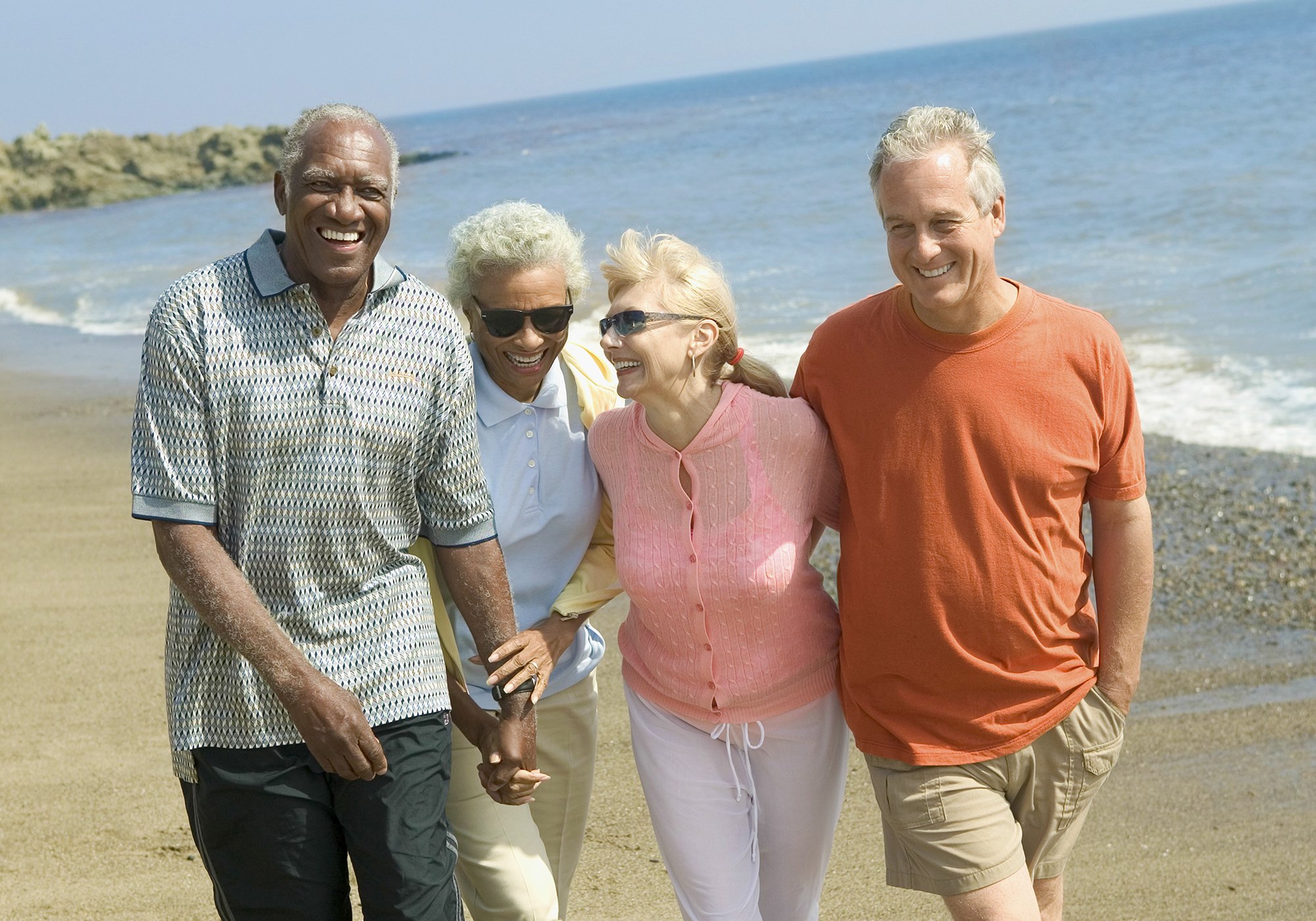 Millions of seniors head south every winter in search of the sun. Thinking of joining these “snowbirds” in the quest for warmer weather? If so, you may be wondering what location would be best to call home for a few months out of every year. Here’s a closer look at the snowbird trend, along with a roundup of five senior-friendly destinations.

The 411 on Senior Snowbirds

If you think the word “snowbirds” refers to migrating birds, think again: It’s actually a term for seasonal travelers—usually retired seniors—who take off for warmer climates when the weather turns cold in their hometowns. The snowbird lifestyle is so common, in fact, that it has entire magazines and newspapers dedicated to it.

While packing for a three-or-more month move year after year may seem overwhelming, there are many good reasons to become a snowbird. Sure, you’ll have the chance to work on your tan. But warmer weather is also more amenable to staying active. It's also safer, too: Avoiding wintry weather is a wonderful way to avoid the trip-and-fall hazards that go along with it.

Now that a compelling case has been made for flying (or driving) south for the winter, it begs the question: Where should you go?

Florida may be the first destination that comes to mind when you think of snowbirds. And with good reason: On Luggage Forward’s ranking of the 15 best snowbird destinations, Florida cities accounted for just shy of half the list. Specifically, Naples, Miami, Boca Raton, Palm Beach, Sarasota, Vero Beach, and Palm Beach Gardens all offer vibrant communities for seniors.

An amazing climate, phenomenal sights, and distinctive cuisine are among the many reasons why Arizona cities like Mesa, Phoenix, and Scottsdale get plenty of love from snowbirds. Our personal (and somewhat biased) pick, however? Goodyear. In addition to being one of the country’s fastest-growing cities, it also lays claim to gorgeous Goodyear Ballpark, the spring home of both the Cleveland Indians and the Cincinnati Reds. Located in the suburbs of southwestern Phoenix, Goodyear has also won prestigious All-America City and City Livability awards.

While the majority of snowbirds flock to the east coast, many also head to Texas’s balmy Gulf of Mexico shores. A subtropical climate, plenty of things to see and do, accessibility and affordability make Texan towns like South Padre Island, Brownsville, and McAllen worth considering. Other popular snowbird destinations in Texas include San Antonio, Houston, Galveston, Corpus Christi, and cultural hotbed Austin. Wherever you roam in Texas, you're sure to find a retirement community that's right for you.

It’s not for nothing that it’s called “The Golden State.” Sure, it got its nickname after 1848’s Gold Rush, but the Golden Gate Bridge, golden fields of poppies, and golden-hued sunsets over the Pacific further connect California with its signature color. These many assets also make it a phenomenal place to spend the winters of your golden years. And while California can be an expensive place to live, some cities are surprisingly affordable. The state’s most budget-friendly snowbird destinations include Laguna Beach, Catalina Island, Santa Barbara, San Diego, Death Valley, Newport Beach, Palm Springs, Huntington Beach, Venice Beach, Hermosa Beach, and San Clement, according to Tripping.com.

More and more seniors are looking beyond borders when selecting their winter escapes. Known for its winning combination of paradise and convenience, Costa Rica continues to draw interest. Raves The Great Canadian Bucket List of Costa Rica’s allures, “Some species of snowbirds prefer a bigger change: a difference in culture, a difference in language, currency, and scenic beauty. Costa Rica has the beaches, but it also has beautiful rainforest and peaceful mountain communities.” And did we happen to mention that Costa Rica also boasts the western hemisphere’s third-highest life expectancy?

One last thing to keep in mind when choosing a snowbird destination? The best choice may not be about where you are, but about what you do while you’re there and who you’re doing it with. Milken Institute Center for the Future of Aging chairman Paul Irving told CNBC, “Retirees don’t want to leave home for a coastal community where they are not connected to anyone. For more people, it’s about staying engaged, staying relevant and doing impactful work for as long as they can.”

Worried that life as a snowbird might be more hassle than heaven? A move to an independent living community like Deupree House can offer invaluable peace of mind while you’re away. Learn more about our living options here.

By
Kristin Davenport
Kristin Davenport is the Director of Communications for Episcopal Retirement Services (ERS). Kristin leads ERS’s efforts to share stories that delight and inspire through social media, online content, annual reports, magazines, newsletters, public relations, and events. Kristin earned her BFA in graphic design from Wittenberg University. She joined ERS in 2014 after a 25-year career as a visual journalist and creative director with American City Business Journals. Her role at ERS has ignited her passion for making Cincinnati a dementia-inclusive city, and she spends time with residents as a SAIDO® Learning lead supporter. Kristin is the executive producer and co-host of the Linkage Podcast for ERS. Kristin and her husband Alex live in Lebanon, Ohio, with their two daughters. She also serves as a Trustee and the President of the Lebanon Food Pantry and is a board member for ArtScape Lebanon, where she teaches painting and has an art studio, Indium Art.
retirement community positive aging independent living senior snowbirds

Interested in Senior Living? Join the “Home-A-Rama” at Deupree House Next Month

Reflecting on the Holidays at Deupree House