A Conversation with Jomiya Coleman, A...

Research Shows the Benefits of Living... 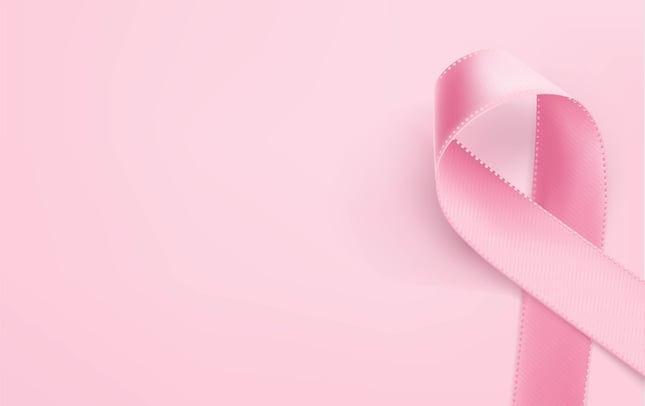 Did you know that breast cancer affects older women disproportionately more than it does the young and middle-aged? That might seem counterintuitive to some, but the data bear it out.

In the United States, the median age for a diagnosis of breast cancer is about 60 years old. In fact, more than 40 percent of all breast cancers are diagnosed in women aged 65 years or older.

As America’s population continues to skew older, it follows that the annual number of breast cancer diagnoses would be expected to rise.

Given that October is National Breast Cancer Awareness Month, we thought we’d take a moment to discuss four things you should know about breast cancer in seniors.

Although, with the development of better detection and treatment methods, breast cancer’s mortality rate has been falling steadily in the United States since the late 1980s, seniors remain at greater risk of dying from it than the young.

2. African-American seniors may be at greater risk for developing breast cancer.

The breast cancer danger seems to be greater for black women than it is for women of other ethnicities, according to the American Cancer Society.

The median age for breast cancer-attributable deaths is only 62 years of age for African-American women, whereas it’s 70 years old for white women. It’s not quite clear why there is a difference in the risk level. In fact, the disparity seems to vary widely by state. 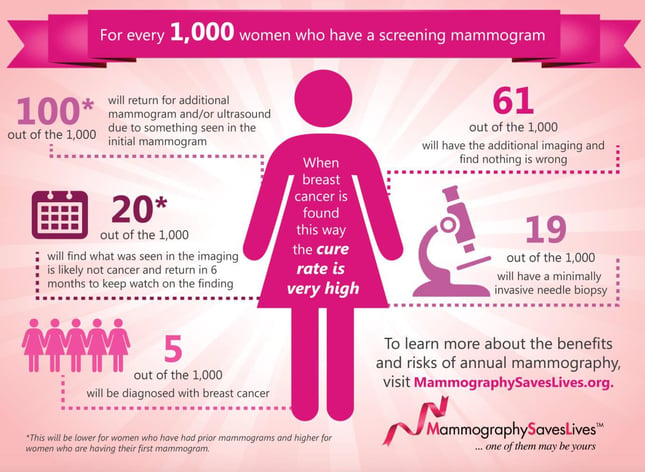 In Louisiana, for example, the number of black women who succumb to breast cancer is 66 percent higher than it is for whites; at the same time, in Massachusetts, the breast cancer death rates for black and white women are roughly equal.

The reason for the difference is unknown, although it is suspected that relative differences in accessibility to preventive health services and effective treatments may play a significant role.

3. Early detection is critically important for surviving the disease.

Unfortunately, Kentucky lags behind the national average for early diagnosis and treatment.

According to the Kentucky Cancer Consortium — a partnership of more than 70 organizations dedicated to reducing our state’s cancer burden — the Commonwealth has a disproportionately high rate of late-stage breast cancer diagnoses.

Although issue seems to be more acute in Eastern Kentucky, senior women living in urban areas like Louisville should remember to go for their annual mammograms — especially after having reached menopause — and diligently perform regular self-checks in between.

Don’t know how? No worries. Click here for an informative article from the Cleveland Clinic that will teach you how to examine yourself for breast cancer.

4. Some seniors may not require radiation or chemotherapy for treatment of breast cancer.

Although surgical removal, radiation and chemotherapy are often employed in the treatment of aggressive breast cancers in younger women, recent research has indicated that some senior women do well after their surgeries without undergoing extensive radiation or chemotherapy regimens.

For example, a 2013 study published in the Journal of Clinical Oncology noted that the 10-year risk of needing to undergo a follow-on full mastectomy was only 5.5 percent for women aged 70 or older with small, estrogen-sensitive breast tumors who did not receive radiation after their initial lumpectomies.

It’s important to note, however, that senior women who have been diagnosed with breast cancer should seek expert medical advice before making any decisions about their treatment regimens.

Our senior care experts here at Episcopal Church Home urge all older women in Louisville to research and understand the risks of breast cancer, and to remain vigilant about their health.

If you’re living with breast cancer, know that you’re not alone. We stand with you — now and always.

By
Bryan Reynolds
Bryan Reynolds is the Vice President of Marketing and Public Relations for Episcopal Retirement Services (ERS). Bryan is responsible for developing and implementing ERS' digital marketing strategy, and overseeing the website, social media outlets, audio and video content and online advertising. After originally attending The Ohio State University, he graduated from the College-Conservatory of Music at the University of Cincinnati, where he earned a Bachelor of fine arts focused on electronic media. Bryan loves to share his passion for technology by assisting older adults with their computer and mobile devices. He has taught several classes within ERS communities as well as at the Osher Lifelong Learning Institute run by the University of Cincinnati. He also participates on the Technology Team at ERS to help provide direction. Bryan and his wife Krista currently reside in Lebanon, Ohio with their 5 children.
caregiving eldercare elder care senior health senior protection