The Benefits of Early Dementia Intervention

The Benefits of Early Dementia Intervention 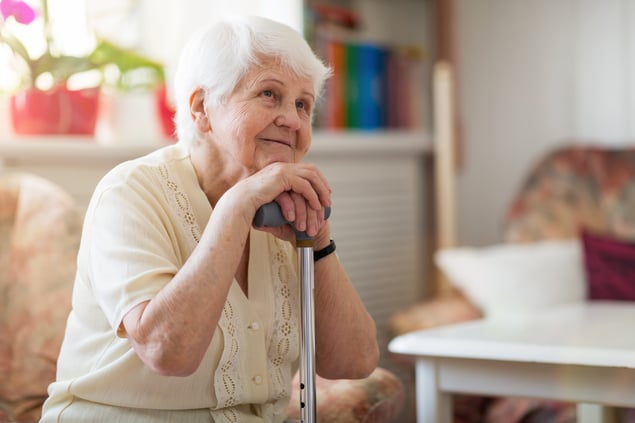 A dementia diagnosis can be life-changing. However, it can also be an opportunity to gain access to invaluable interventions that can improve quality of life—both for those living with the disease and for the people who love them. Here’s a closer look at the many benefits of early dementia intervention.

The Alzheimer’s Association has set forth 10 early signs and symptoms of Alzheimer’s disease and other forms of dementia. These include memory loss that disrupts daily life; challenges in planning or solving problems; difficulty completing familiar tasks; confusion with time or place; trouble understanding visual images and spatial relationships; new problems with words in speaking and writing; misplacing things and losing the ability to retrace steps; decreased or poor judgment; withdrawal from work or social activities; and changes in mood or personality.

If you notice these signs in an aging loved one, broaching the subject can be difficult. You may be afraid of upsetting a parent or of making the issue seem more “real” by addressing it directly. However, getting checked for Alzheimer’s is the first step in understanding what’s going on and taking control of the situation.

Says Norman McNamara, who was diagnosed with dementia at 50, “It is very hard sometimes for people to accept they have got dementia because of the stigma with it and connected to it. But if you had a pain in your back or in your chest or a throb in your legs or your feet and you didn’t know what it was, you would go to a doctor. Yet, with dementia, people seem to shy away from it. But knowing what’s wrong with you is so important. You can’t hide away from it.”

How Early Intervention Can Help

You’re probably aware that there’s no cure for Alzheimer’s disease. This doesn’t mean, however, that there’s no reason to be screened for dementia. Rather, doing so has many benefits across a number of measures.

For starters, an early Alzheimer’s diagnosis can determine the type of dementia, which determines the care approach. Furthermore, it offers early access to treatment options which, while not curative, can help reduce or delay symptoms such as memory loss and confusion.

Early diagnosis may also increase the likelihood of eligibility for clinical trials which may provide additional medical benefits while also advancing research. For example, a new Alzheimer’s drug was recently determined to dramatically slow memory loss in early trial results. Only trial participants have access to the drug at this point.

Another benefit of early intervention on the medical front? It gives people with Alzheimer’s or other types of dementia the opportunity to make preventative lifestyle changes, such as participating in exercise and stopping smoking, which research shows can play a role in preserving their cognitive function and slowing the course of the disease.

In addition to medical benefits, early intervention can lead to social and emotional benefits. People experiencing symptoms may feel less anxiety when they know more about the condition.

Continues McNamara on the importance of his early dementia diagnosis, “Once diagnosed, I knew what I was up against. As they say: know your enemy. If I hadn’t been diagnosed early and I hadn’t been seen by consultants on a regular basis, I wouldn’t be as well as I am today. I don’t know what my future holds, but at least I’m prepared for it.”

If I hadn’t been diagnosed early and I hadn’t been seen by consultants on a regular basis, I wouldn’t be as well as I am today. I don’t know what my future holds, but at least I’m prepared for it.

You’ll also get a jump on accessing invaluable resources and support programs designed to help people with Alzheimer’s disease and their families.

Because Alzheimer’s is progressive, symptoms worsen over time. Receiving an early diagnosis can allow people with the disease to express their wishes and ultimately be more involved in planning their own care, including making financial arrangements and deciding on housing, such as memory care. This option may not be available to patients who receive later diagnoses and interventions.

One final yet compelling reason to prioritize early dementia intervention? Significant cost savings. In fact, earlier diagnoses would collectively save up to $7.9 trillion in health and long-term care costs.

While receiving a dementia diagnosis is never easy, it can ultimately facilitate the best outcomes for people living with the disease as well as the people who love and care for them. Take it from Norman McNamara: “Being diagnosed with something like this absolutely devastates you, but for me diagnosis—and this is going to sound really strange—was probably the best news I had at the time.”

If you or a loved one recently received a dementia diagnosis, Episcopal Church Home’s free guide can help you make sense of the disease. You can also click here to learn more about our memory care options.

By
Kristin Davenport
Kristin Davenport is the Director of Communications for Episcopal Retirement Services (ERS). Kristin leads ERS’s efforts to share stories that delight and inspire through social media, online content, annual reports, magazines, newsletters, public relations, and events. Kristin earned her BFA in graphic design from Wittenberg University. She joined ERS in 2014 after a 25-year career as a visual journalist and creative director with American City Business Journals. Her role at ERS has ignited her passion for making Cincinnati a dementia-inclusive city, and she spends time with residents as a SAIDO® Learning lead supporter. Kristin is the executive producer and co-host of the Linkage Podcast for ERS. Kristin and her husband Alex live in Lebanon, Ohio, with their two daughters. She also serves as a Trustee and the President of the Lebanon Food Pantry and is a board member for ArtScape Lebanon, where she teaches painting and has an art studio, Indium Art.
dementia memory care dementia diagnosis dementia intervention

6 Tips for Managing Caregiver Stress Over the Holidays