Don't Be Afraid: Why You Should Ask Your Doctor to Screen You or Your Parent for Alzheimer's

Don't Be Afraid: Why You Should Ask Your Doctor to Screen You or Your Parent for Alzheimer's 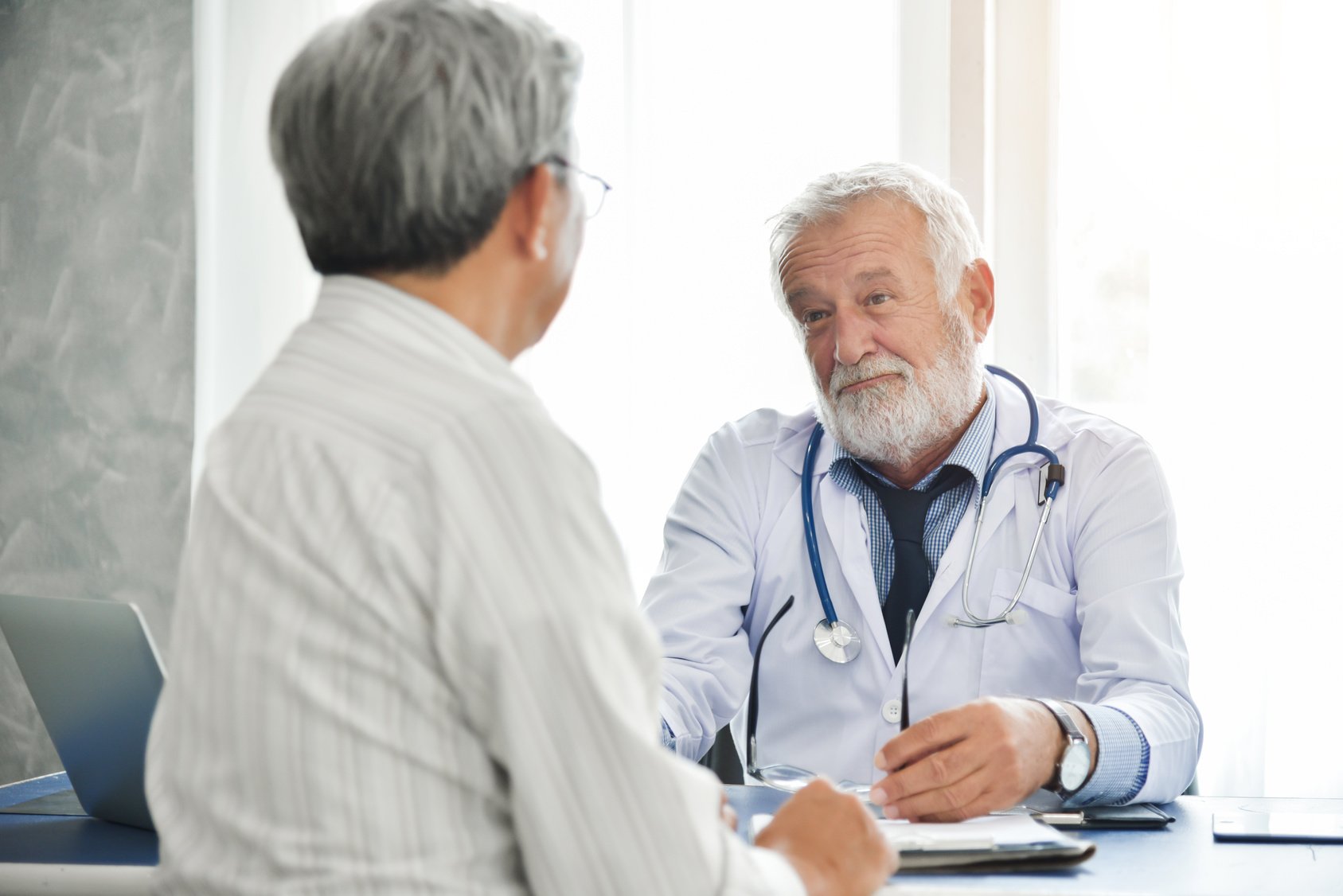 If you or an aging loved one was at risk for high cholesterol, high blood pressure or another major health concern, you’d probably urge the doctor to run a few tests, right? While most would agree, the same can’t always be said for dementia screenings. According to a special report from the Alzheimer’s Association, cognitive testing is routinely left out of senior checkups, resulting in significant medical, social, emotional, and financial consequences. Here’s a closer look at why this issue matters and what you can do about it.

“A cornerstone of early detection of cognitive impairment is the routine assessment,” insists the Alzheimer's Association. And yet, a survey of doctors and older patients reveal that the healthcare system is falling woefully short in conducting these tests.

In the previously mentioned report, just 16 percent of seniors said cognitive assessments were included in their wellness visits with a primary care provider. Compare this rate to 91 percent and 83 percent, respectively, for blood pressure and cholesterol checks. Furthermore, less than half of primary care doctors say they routinely test older patients for issues with memory and cognition.

At the same time, 82 percent of seniors say they think it’s important to have their thinking and memory routinely checked. Another 94 percent of primary care physicians also deem cognitive assessments—including dementia screenings—to be valuable for senior patients.

Alzheimer’s Association Director of Scientific Programs and Outreach Keith Fargo told NPR of the findings, “This cognitive assessment should be part of every senior’s annual wellness visit. But we’re seeing that it’s simply not happening.”

The Alzheimer’s Association report also sought to determine why Alzheimer's screenings are largely overlooked. A big part of the problem? Many doctors avoid bringing up the topic with their senior patients because they’re afraid that the assessment may do more harm than good. This belief, however, has been disproved.

Nicole Fowler, an assistant professor of medicine at Indiana University School of Medicine and a scientist with the Regenstrief Institute's Center for Aging Research, was part of a research team tasked with investigating the widely held concern. “What we found actually in that study is that there wasn’t any harm, so there was no increase in rates of depression or anxiety in older adults who were screened,” she told NPR.

Doctors aren’t the only ones avoiding the topic of dementia screenings, though; patients are too. Explained Alzheimer's Association Chief Program Officer Joanne Pike of this phenomenon, “Some of it could be fear, some of it could be stigma and some of it could be a little bit of, unfortunately, people believe that there's not a benefit to knowing about the disease or dementia.”

These fears couldn’t be further from the truth. While cognitive assessments—which typically involve questioning patients and their family members, observing the patient, and administering verbal and written tests—take just a few minutes, they’re critically important. In fact, Medicare has said that detecting cognitive impairments (including using a structured cognitive assessment tool, if necessary) is a required component in annual wellness visits for older adults.

Which begs the question: Why do dementia screenings matter so much? Evidence tells us that the sooner someone is diagnosed with Alzheimer’s disease, the sooner they can start managing their symptoms.

Conversely, waiting until a senior is severely impaired can mean it’s too late to participate in a clinical trial. Continued Fargo, “The first person who gets a drug that stops their Alzheimer’s disease will get that drug in the context of a clinical trial. And that’s only going to happen to someone who knows they have cognitive decline.”

Delaying diagnosis also means delayed access to treatment options—treatments that would otherwise reduce symptoms as well as give patients and their loved ones more time to plan for the future.

So, what’s the takeaway for older adults? Asking for a dementia screening is a vital step in taking control of your health.

But it doesn't end there. According to Fowler, at least half of patients don’t act on the results of dementia screening. There's some work to be done on that front, too. Experts propose that the medical system should take a more active role in following up with people who have cognitive screening tests.

Additionally, addressing the stigma associated with Alzheimer’s diseases can boost the rate of both testing and treatment, resulting in improved health outcomes.

If you or someone you love receives a dementia diagnosis, it’s important to know that while there’s no cure for Alzheimer’s, a variety of treatments and lifestyle changes can improve quality of life for those living with the disease. Additionally, many resources are available to support aging loved ones, including memory care. To learn more about Episcopal Church Home’s new Memory Care Center of Excellence, click here.

By
Kristin Davenport
Kristin Davenport is the Director of Communications for Episcopal Retirement Services (ERS). Kristin leads ERS’s efforts to share stories that delight and inspire through social media, online content, annual reports, magazines, newsletters, public relations, and events. Kristin earned her BFA in graphic design from Wittenberg University. She joined ERS in 2014 after a 25-year career as a visual journalist and creative director with American City Business Journals. Her role at ERS has ignited her passion for making Cincinnati a dementia-inclusive city, and she spends time with residents as a SAIDO® Learning lead supporter. Kristin is the executive producer and co-host of the Linkage Podcast for ERS. Kristin and her husband Alex live in Lebanon, Ohio, with their two daughters. She also serves as a Trustee and the President of the Lebanon Food Pantry and is a board member for ArtScape Lebanon, where she teaches painting and has an art studio, Indium Art.
alzheimer's and dementia dementia Alzheimers memory care alzheimer's screening dementia screening