Reflecting on the Holidays at Deupree...

How New Tech Can Make Life Easier for...

An Inside Look at Deupree House's Hor...

When Should You Get On a Senior Livin...

Are You A Senior Planning to Sell You... 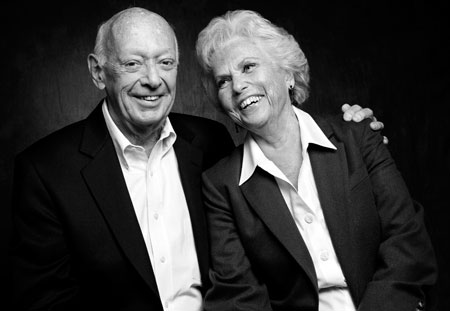 A retirement community is about more than the “stuff” of senior living—the gorgeous interiors, the five star meals, the wellness programs. It’s about the people too.

Retirement living isn’t the story of dreary institutional corridors in a lonely nursing home; it’s the story of love, laughter, and more than 40 years of friendship. It’s the story of lifelong friends Ann Bullock, Gay Bain, and Cece Mooney who ended up living right next door to each other at Deupree House.

For these three dear friends, Deupree House has been the background of a scrapbook of memories and experiences.

“It feels like it was meant to be, all of us being neighbors,” says Ann Bullock. “We’ve been friends for more than 40 years, it only makes sense that we would live out our golden years together as well!”

Mooney, Bain, and Bullock first met as young activists in the Cincinnati Junior League. They became fast friends while they were working together at some of the first Appalachian Festivals in the 1970s.

“Once you get started with volunteering in Cincinnati, you just keep on going because there are so many worthy causes and you meet such wonderful people,” says Mooney.

“You make lifelong friends, like these girls,” adds Bain.

They stayed in touch as time passed—their friendships stayed strong through marriages, moves, children, and other life-changing events.

And transitioning into life after retirement was no different.

Retirement living for this group isn’t about living out their last days. It’s about finding family and making a home.

“Some of our friends said we were too young to move in when we did,” says Mooney who moved into an apartment at Deupree House with her husband Tom more than half a decade ago. “They said that retirement living is ‘just for the end.’ But it was the best decision we could have made.”

And it was an easy choice to make.

“My mother actually lived in Deupree in the 1980s for nine years, so I was fortunate enough to know about the ERH organization and how wonderful it is. Before we moved in, we were living in a condo. We thought making the move here would eliminate some stress for us, and we’ve been so happy with our decision. We knew some folks who lived here and we’ve made new friends as well. These people have become our family.”

The story of Deupree House is about finding the home and family you need—whenever and wherever you need it.

After her dear husband Buzz passed away, Ann Bullock first swapped her large home in Ryland, Kentucky for a smaller cottage in the same town, then moved to Deupree House as her permanent residence where an apartment had been serendipitously vacated—right next door to her best friend Cece.

“It definitely was a year of flip-flopping my entire world,” says Bullock. “There were so many changes, but this was the best decision I could have made.  The staff made the move so easy. It’s beautiful, relaxing, safe, and there are so many wonderful people and so many things to do. There are concerts and outings, parties and events that make it so you’re never bored. The Deupree House is the perfect place for me.”

In fact, it was so perfect for Ann and Cece, that their friend Gay Bain had to see what it was all about.

Bain now lives with her husband in a Deupree House apartment just a floor away from her good friends.

Get a Feel for Senior Living before Making a Commitment