Want to Cut Your Dementia Risk? Make These Lifestyle Changes

Want to Cut Your Dementia Risk? Make These Lifestyle Changes 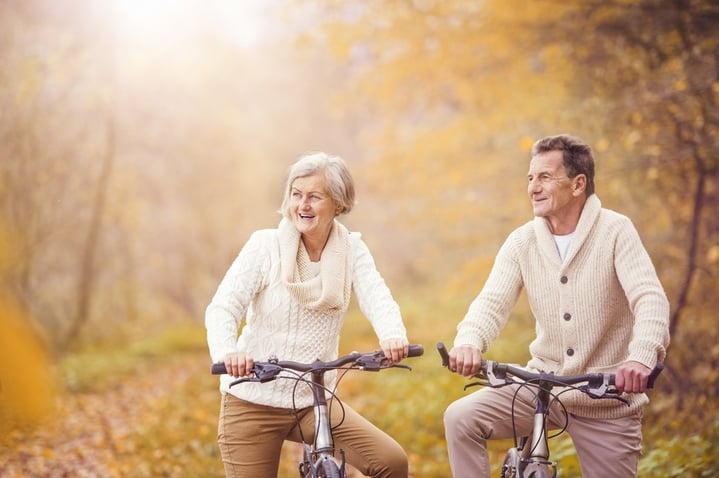 Age-related dementia is a difficult condition to manage. Alzheimer’s dementia can be even more so. Both rob seniors of their memories and their cognitive functions, although Alzheimer’s often progresses more quickly and, occasionally, strikes earlier.

There are no known cures for dementia or Alzheimer’s. And there are no surefire ways to avoid them. But some research has indicated that there are lifestyle changes ordinary people can make to reduce their risk.

Let’s examine several of those today.

When it comes to preventing memory loss, the link between mind and body has been long-established.

Several studies have shown that physically active people are less likely to experience a decline in their mental function later in life and have a lowered risk of developing Alzheimer's dementia, according to the Mayo Clinic.

The long and the short? You need to get up and get moving to keep your body — and your mind — healthy. Luckily, even if you’ve been a couch potato in the past, it’s never too late to start.

Here are exercises seniors can use to keep themselves in shape, even if their mobility is limited.

2. Engage in the Lifelong Pursuit of Learning 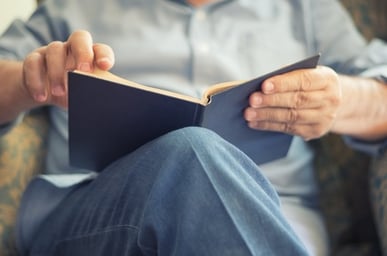 Like your muscles, your brain gets weaker if it’s not regularly challenged. If you think that your need to keep learning and thinking ceased when you got your diploma, think again.

The more you think, the more you experience new problems or surroundings, the more people you meet and speak with, and the more you try to remember, the better conditioned your neurons will be.

Mental exercise can be as simple as making sure you get out of the house on a regular basis, socializing with friends or family, watching a documentary, or reading a book. Volunteering in the community or working a part-time job can help you keep your brain in shape, too.

But, if you really want to get serious about lifelong learning, it’s never too late to go back to school, either. Luckily, here in the Commonwealth, several public universities — including U of L and Big Blue — offer lifelong learning courses and academic fellowships for non-degree seeking seniors.

There’s a demonstrable link between cardiovascular disease and an increased risk of Alzheimer’s. Seniors need to be careful to protect themselves against heart attacks, strokes and high blood pressure.

Eating a high-fiber, low-sugar, calorie-restricted diet will certainly help. So, too, will exercising and maintaining a healthy body weight. But those aren’t the only things you need to do.

If you’re a tobacco user, you need to quit. And we get it — that’s a tough sell here in Kentucky.

We are, after all, the tobacco-growing capital of the United States, and consequently we have a disproportionately high number of people who smoke, chew and dip. It’s part of our state’s heritage.

But there’s absolutely no question that tobacco abuse is terrible for your heart health. It causes many cancers. And the discovery that smoking increases the risk of developing Alzheimer’s dementia is just another nail in the coffin.

A few drags or dips a day aren’t worth the risk. Kick the habit.

Make these lifestyle changes to reduce your risk of Alzheimer’s and dementia.

If you ever need residential memory care in Louisville, we’re here to help you. But every single one of us at Episcopal Church Home hope that you never do need it.

Because Alzheimer’s is unquestionably a devastating disease — for those who are diagnosed with it, and for their loved ones, alike. We hope that you’ll take the steps above to help yourself avoid it.

By
Kristin Davenport
Kristin Davenport is the Director of Communications for Episcopal Retirement Services (ERS). Kristin leads ERS’s efforts to share stories that delight and inspire through social media, online content, annual reports, magazines, newsletters, public relations, and events. Kristin earned her BFA in graphic design from Wittenberg University. She joined ERS in 2014 after a 25-year career as a visual journalist and creative director with American City Business Journals. Her role at ERS has ignited her passion for making Cincinnati a dementia-inclusive city, and she spends time with residents as a SAIDO® Learning lead supporter. Kristin is the executive producer and co-host of the Linkage Podcast for ERS. Kristin and her husband Alex live in Lebanon, Ohio, with their two daughters. She also serves as a Trustee and the President of the Lebanon Food Pantry and is a board member for ArtScape Lebanon, where she teaches painting and has an art studio, Indium Art.
dementia senior health Episcopal Church Home

What Kind of Care Does Your Elderly Loved One Need?

What to Do After You're Diagnosed with Alzheimer's or Dementia