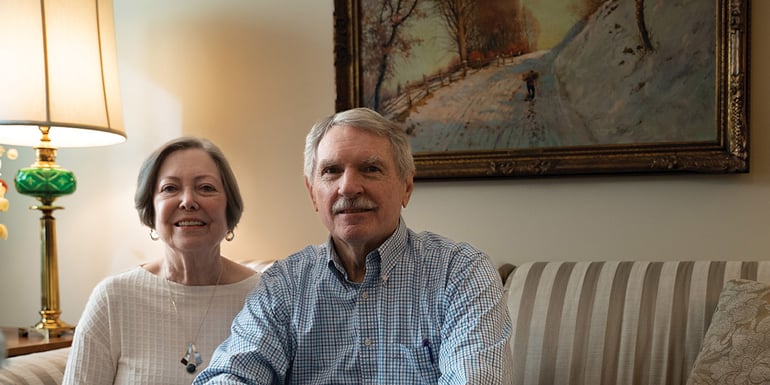 The Reverends Heather and Marshall Wiseman believe they’ve played their cards well in choosing Deupree House in Hyde Park, where they can live graciously with friends and delicious food.

They moved in during August after removing part of a wall above a countertop to open views to the living room and the glorious sight of golden leaves beyond their balcony in the apartment they call their “tree house.”

Friends and Food were Big Factors

​​The Wisemans chose Deupree House for the food and friends who have been close through the years.

Two couples lobbied the Wisemans to join them at Deupree House. Both couples invited them for cocktails and showed them their two-bedroom apartments. The Wisemans liked what they saw and imagined themselves inside.

Heather and Marshall already were familiar with the Deupree House and Marjorie P. Lee retirement campuses in Hyde Park and other communities operated by Episcopal Retirement Services. They had been impressed by the vibrancy of the communities and the delicious food.

Serving as Episcopal clergy – she was ordained as a deacon in 1993 and he in 1997, and she became a priest in 2003 – they had visited retirement communities on various ERS campuses. They were impressed with the quality of living.

Still, they considered other retirement centers. They participated in events the communities offered to provide glimpses of how people lived there.

“I said, ‘I could never live here,’” Heather said after touring a different facility because the food was merely “acceptable.”

But at Deupree House, she said, “We had lots of times we’d come here for programs, and they’d feed us and have a lecture or a tour or whatever. And the food was amazing, always, and the lectures and the tours were wonderful.” 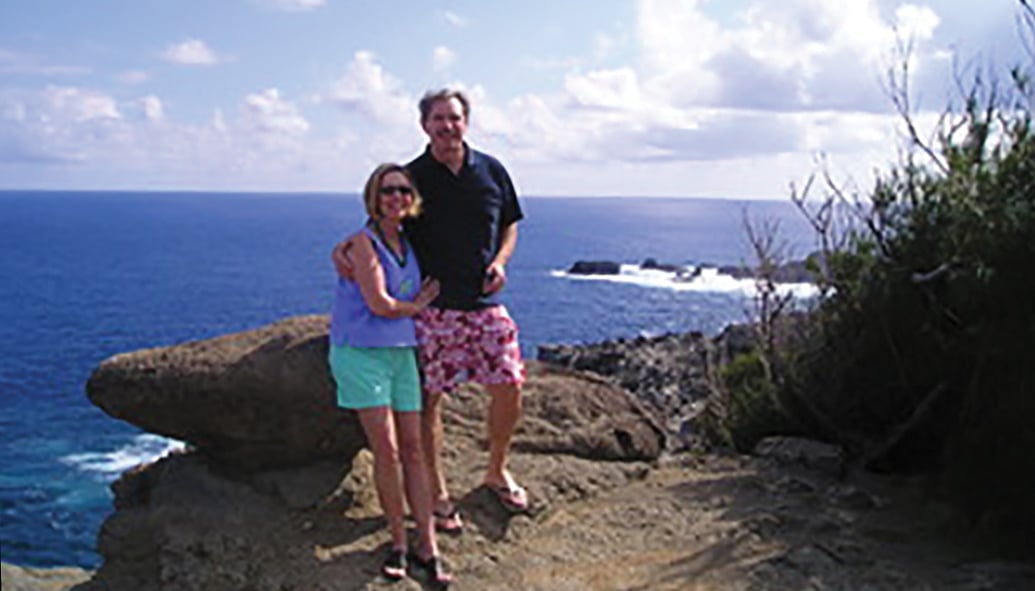 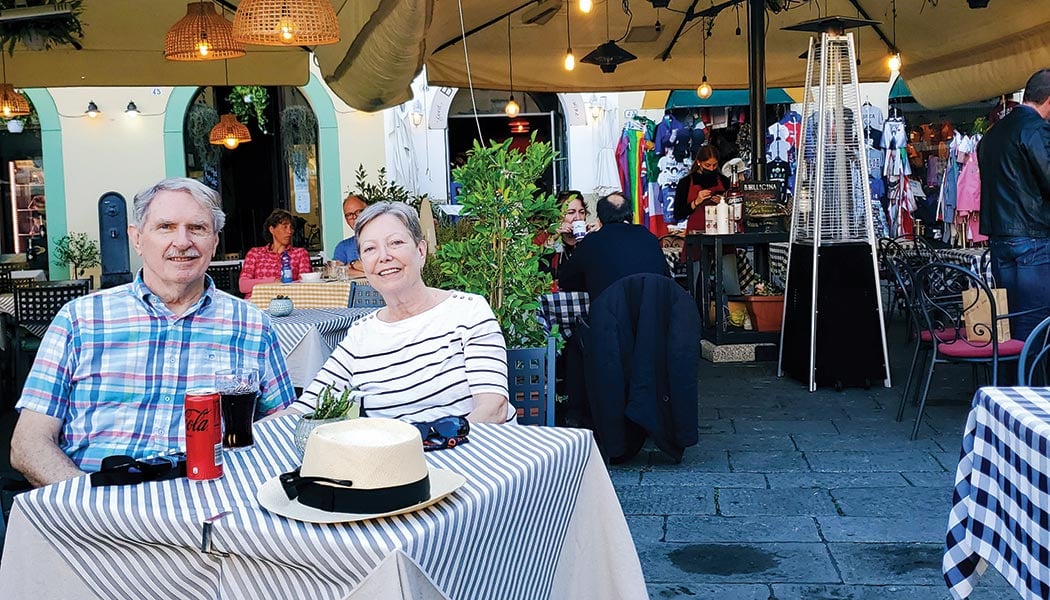 During Marshall’s three years in China, the couple met halfway – either in Hawaii or Italy.

Interesting Lives Then and Now

Both Wisemans had interesting careers before and after they served the church.

Marshall was a chemical engineer who first worked a decade for Mobil and found ways to sell bi-products of the oil-refining process instead of spending money to dispose of them. For three decades after that, he did similar work for Michelman, a Cincinnati-based environmentally friendly chemical company. He expanded its offerings from only paper manufacturing to help about a dozen industries.

Marshall expanded Michelman’s sales across the United States, then into Europe, South America, and later, into Asia. He was based in Shanghai for three years before retiring in 2011.

During Marshall’s three years in China, Heather received little sympathy from her friends for the distance apart. Since flights to and from China were so far, the couple met halfway – either in Hawaii or Italy.

Heather worked in product development for Procter & Gamble. She worked on projects for food products such as Olestra and did research involving cosmetics.

They married in 1975, blending their young families. They celebrated their 47th anniversary in November.

They now play with three great-grandchildren.

Heather and Marshall are happy to spend the rest of their lives at Deupree House.

“We’ll probably die here,” Heather said. “But that’s not why we came. We came because we can live fully here.”

For those wanting to move to independent living, Deupree House can be a wonderful lifestyle and retirement community.

Why not take some time to learn more about Deupree House? If you are considering the move to independent living, our retirement community welcomes you to take a closer look and learn what this type of lifestyle could mean to you.

By
Kristin Davenport
Kristin Davenport is the Director of Communications for Episcopal Retirement Services (ERS). Kristin leads ERS’s efforts to share stories that delight and inspire through social media, online content, annual reports, magazines, newsletters, public relations, and events. Kristin earned her BFA in graphic design from Wittenberg University. She joined ERS in 2014 after a 25-year career as a visual journalist and creative director with American City Business Journals. Her role at ERS has ignited her passion for making Cincinnati a dementia-inclusive city, and she spends time with residents as a SAIDO® Learning lead supporter. Kristin is the executive producer and co-host of the Linkage Podcast for ERS. Kristin and her husband Alex live in Lebanon, Ohio, with their two daughters. She also serves as a Trustee and the President of the Lebanon Food Pantry and is a board member for ArtScape Lebanon, where she teaches painting and has an art studio, Indium Art.
Deupree House positive aging independent living purposeful living