ERS senior communities: You don't have to be Episcopalian to live here

ERS senior communities: You don't have to be Episcopalian to live here 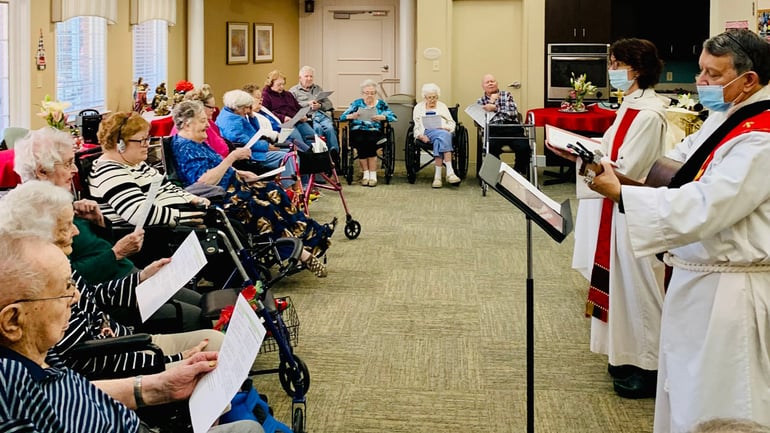 Faith practice is a significant part of many ECH residents’ lives, and their spiritual connection can boost wellness. At ERS, all residents, regardless of faith, can enjoy the health benefits of spirituality.

The word ‘Episcopal’ appears first in the name of Episcopal Retirement Services (ERS), the not-for-profit organization that operates three premier retirement communities in Cincinnati and Louisville and 30 affordable living communities in Ohio, Kentucky, and Indiana. But make no mistake: ERS welcomes people of all faiths and backgrounds.

During the Advent season and Holy Week, Christian services were more prevalent than during much of the year in the ERS continuing care retirement communities of Deupree House and Marjorie P. Lee in Cincinnati; and Episcopal Church Home in Louisville.

At Marjorie P. Lee, during Holy Week, for example, Stations of the Cross were offered Wednesday, followed the next day by a Maundy Thursday Service in the chapel, and Rosary and Roman Catholic Communion, also in the chapel. The next day, a Good Friday service was celebrated.

Ties between ERS and the Episcopal Diocese of Southern Ohio have been strong since 1951 when a Christian home for the elderly was launched in Cincinnati, an effort that would lead to Today’s ERS. In Louisville, what became known as Episcopal Church Home (ECH) was founded in 1881 and linked to the church from the start. ECH affiliated with ERS in 2016.

While the history and mission of ERS are rooted in the Episcopal faith, Inclusion is one of the Core Values guiding ERS as an organization.

Bryan Reynolds, ERS vice president of marketing and public relations, said welcoming people of all faiths and backgrounds is “a part of our DNA.”

“Episcopal Retirement Services is very welcoming of people of all faiths,” Reynolds said. “We need to serve people of all different backgrounds, and religion is one of those.”

“ERS recognizes faith as important, no matter what you believe,” Reynolds said. “It is a foundation of so many people’s lives, and so no matter what people believe or practice, our organization wants to foster that, because ultimately, it helps to create a sense of community when people have faith and use their beliefs to create strong friendships and support their community.” 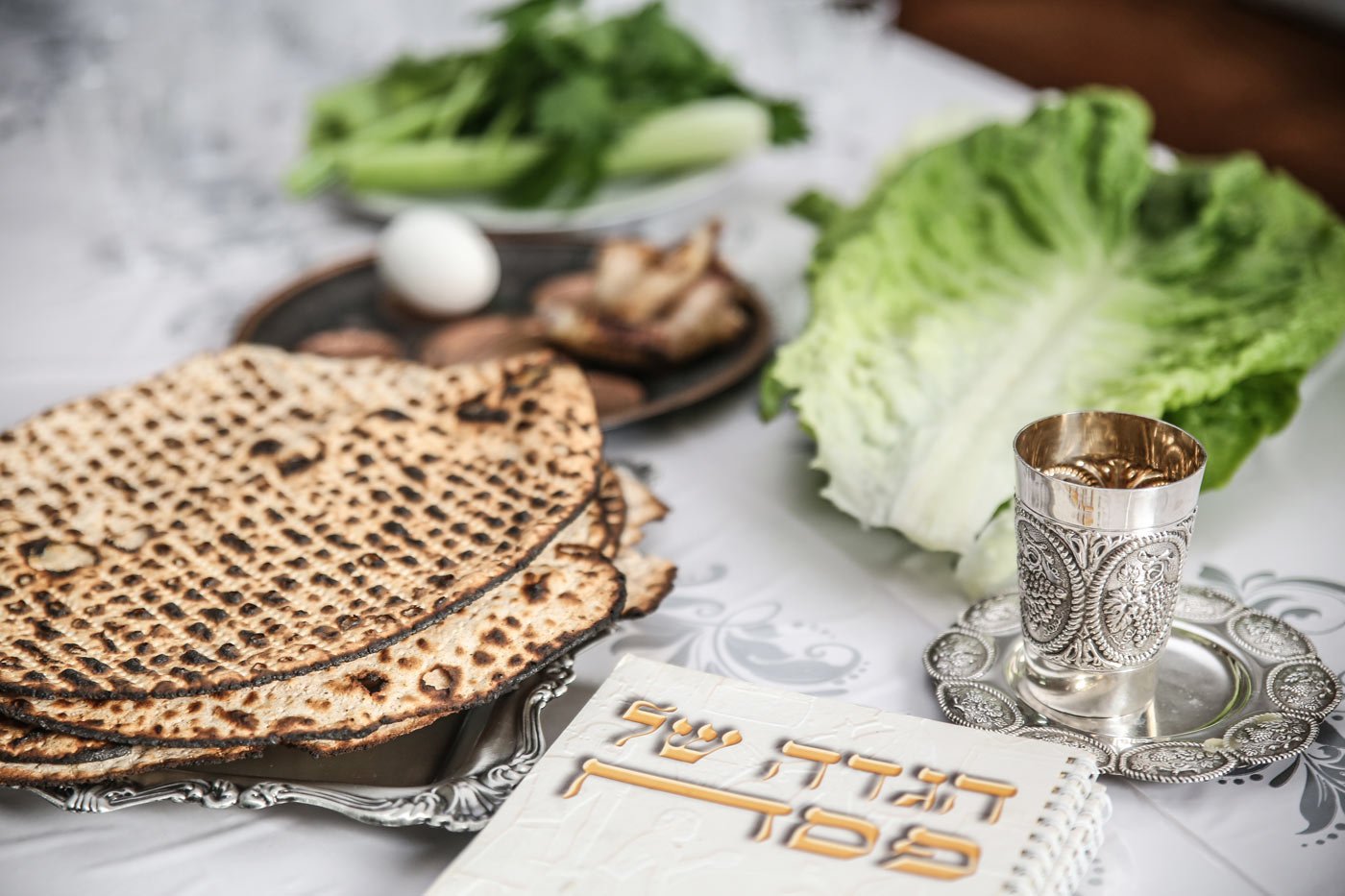 Faith practice is a foundation of so many people’s lives, so ERS wants to foster the diverse faiths of its residents, which helps create a strong sense of community.

Meeting people where they are

Another of ERS’s official Core Values is person-centeredness. The organization makes a point of meeting people where they are, in ways that are meaningful to them.

“I think regardless of a person’s religious preferences, they would enjoy living here,” said Deupree House resident Michael Porte, a Daoist who spent time teaching English in China during the 1980s and teaches Tai chi to fellow residents. He also spent several years translating the Tao Te Ching, the leading Daoist text.

Porte participates in Bible discussions at Deupree House, in which “we discuss Judaism as well as Christianity in those discussions, and so people are interested in all forms of religious thought here, not just Episcopalianism,” said Porte, who helped develop the Department of Communication at the University of Cincinnati.

He participates in religious discussions because, “I think the Bible is a great book, and regardless of your belief pattern, I believe the Bible is something everybody should read,” he said.

“Creating a loving, relationship-based culture that’s inclusive, diverse, and innovative is the key to our success,” Lamb said. 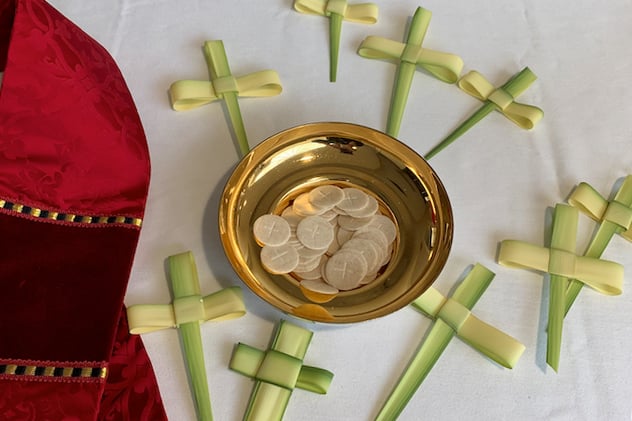 Christianity has many types, and it’s important to have the highest respect for all faith traditions.

Numerous faiths on the campuses

Reynolds noted that at Episcopal Church Home, “they’ve traditionally offered Jewish-faith services as well. Our chaplains will hold Bible studies, open to people of all faiths.”

“I think we’ve had a very good balance of people from other faiths throughout time,” Reynolds said.

The Rev. Lisa Tolliver, an Episcopal Priest and chaplain at Episcopal Church Home, said in her eight years with the community, “we’ve had people from any number of faiths staying with us,” including Jewish, Muslim, Buddhist, and Baha’i.

“When we have someone of a different faith, my first goal is to see, ‘Do you have a spiritual leader or clergy person who you need to connect with? Do you want them to know you’re here? Do they know you’re here?’” she said. She offers to connect them. Aside from that, she asks if there are other needs with which she can help.

Even Christianity has many varieties, and it’s important as a spiritual caregiver “to respect where the person is, to have the highest respect for their own beliefs and customs,” Tolliver said.

“One of our most beloved Dudley Square residents described himself as ‘militantly agnostic,’” Tolliver said. “And yet, he loved to talk to the chaplains,” in playful discussions.

“Just as a human being, my goal is never to change anybody’s mind, much less convert anyone,” she said. “And as a professional chaplain, you are bound by an ethical code, never trying to change anyone’s mind or belief.”

Faith practice is a significant part of many people’s lives and can become even more important as we grow older. At ERS, we want all residents, regardless of faith, to enjoy the health benefits of spirituality. A spiritual connection can boost seniors’ wellness, especially when their senior living community supports faith practices.

Will the idea of wellness of mind, body, and spirit be part of your decision when it comes to your choice for senior living? Download our Decision Guide for more tips and information.

By
Kristin Davenport
Kristin Davenport is the Director of Communications for Episcopal Retirement Services (ERS). Kristin leads ERS’s efforts to share stories that delight and inspire through social media, online content, annual reports, magazines, newsletters, public relations, and events. Kristin earned her BFA in graphic design from Wittenberg University. She joined ERS in 2014 after a 25-year career as a visual journalist and creative director with American City Business Journals. Her role at ERS has ignited her passion for making Cincinnati a dementia-inclusive city, and she spends time with residents as a SAIDO® Learning lead supporter. Kristin is the executive producer and co-host of the Linkage Podcast for ERS. Kristin and her husband Alex live in Lebanon, Ohio, with their two daughters. She also serves as a Trustee and the President of the Lebanon Food Pantry and is a board member for ArtScape Lebanon, where she teaches painting and has an art studio, Indium Art.
positive aging wellbeing Christian spiritual wellness