“It’s a lot of fun,” Gillivan said of the Halloween event, where all the residents and Deupree team members wear costumes. “It’s a really great night.”

There will be appetizers and team members volunteering as bartenders.

After that, "they come down to the prime rib, steakhouse mac-and-cheese, and all sorts of great stuff,” said Gillivan, who has a devoted following among residents, as he did at other Greater Cincinnati restaurants earlier in his career.

He thrives on the holiday festivities that start with Halloween and crescendo with the Christmas Eve meal.

“Since the day I walked in here, I’m the one who prepares Thanksgiving dinner. I roast birds, I make stuffing, I make the green bean casserole,” he said.

It’s not that he doesn’t trust others on his staff to do those honors – they are involved. But he takes ownership of such an important meal, which includes a dozen 20-pound turkeys.

Gillivan, who has worked at Deupree House for 7½ years, wants the Thanksgiving celebration to reflect his love for the holiday and for the residents.

Gillivan’s enthusiasm in describing the festivities is almost as savory as the meals themselves.

There's another cocktail party on Christmas Eve, he said, with poached lobster tails and tenderloins.

"The holidays are fun. We spare no expense, we go all in. And we make it a really good time for everybody.”

When Gillivan interviewed for the Deupree House job, he promised, “I’ll make whatever you guys want, but I promise you, it’ll be homemade. It’ll be from scratch.”

He concentrates on homemade "comfort food" that feels like home, which is appropriate because it is home.

His dream restaurant, in fact, would serve upscale comfort food, he said – something that, in a way, he has achieved, although he doesn’t own the establishment. Under his dream concept, he said, “You take something that Grandma would make on Sunday and elevate it to the highest level.” 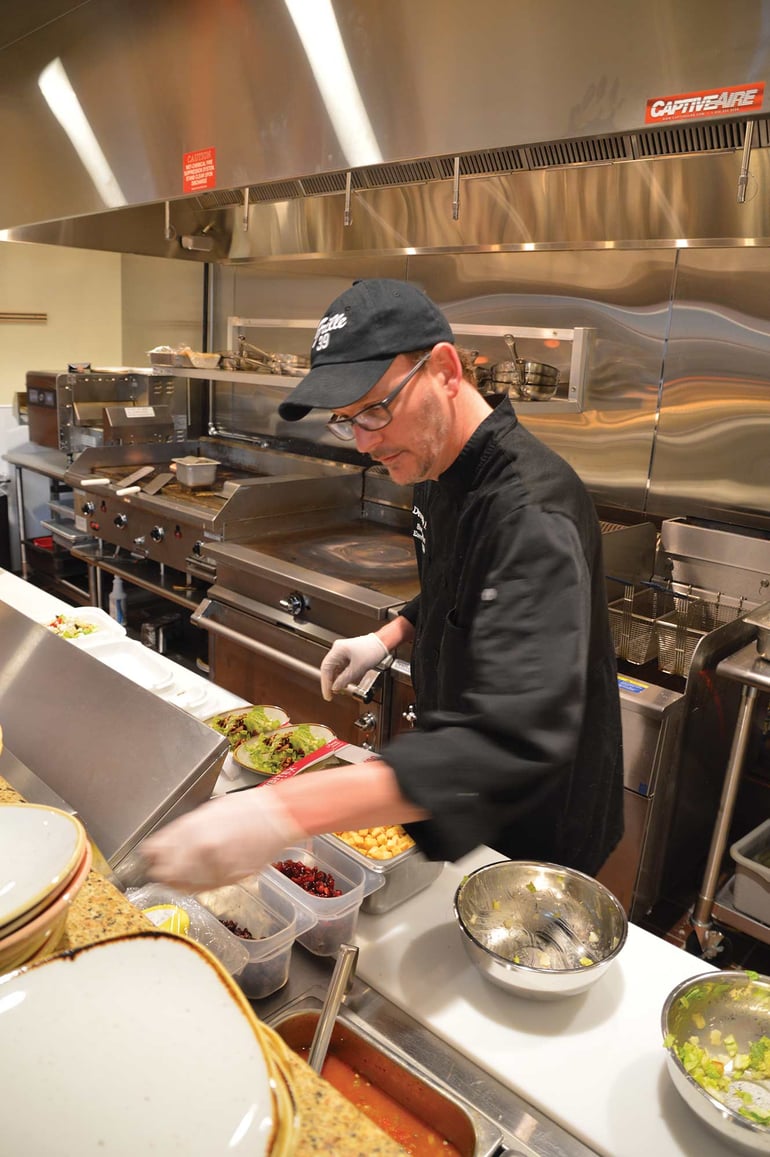 “I can’t tell you what a wonderful job these people do,” Austin said. “Our meals are wonderful and a wide variety, and I feel healthy.”

“I love his pork,” she said. “Periodically, he’ll do wonderful pork. His black bass is to die for, and his salmon.”

She also appreciates the attentive waitstaff: “They know that I usually like a little extra ice, and so they’ll say, ‘More ice, Mrs. Austin?’ ‘Yep, more ice.’ Little things like that make a heck of a difference.”

Building a staff with top talent

Gillivan earned his degree from Cincinnati State’s well-regarded culinary arts program and was promoted to the executive chef by the company that operated DeSha’s American Tavern and Nicholson’s Tavern & Pub downtown, two places he worked during the more than two decades of experience he had before Deupree House, along with Jeff Ruby’s The Precinct and the former Tropicana nightclub that was at Newport on the Levee.

Absolutely everything leaving his kitchen is made from scratch, except for desserts. Those are handled by Servatii, that world-class purveyor of pastries and other baked goods.

Gillivan was pleased to hire cook Michelle Barnes, who started this month.

“She’s a wonderful person, first and foremost, and she’s got great experience,” he said. “She’s very eager to learn, and when you have someone who’s been around, and has been doing it for a long time, and wants to learn, it’s exciting.”

He’s looking to hire a few more to bring the dining services team to full strength.

Pete Juszczyk, who began his career at ERS as a Deupree House chef and is now its dining services director, is always tremendously helpful. The two bounce ideas off each other while they work. 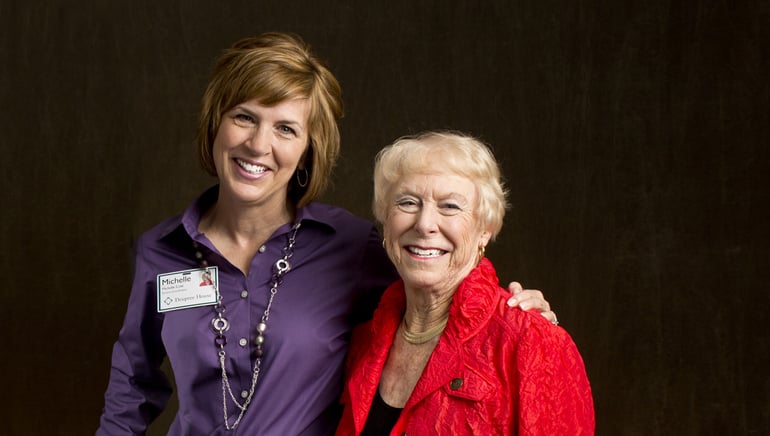 Gillivan said he hates the word perfectionist, but it’s important to strive for one’s best.

“I always just want it to be done correctly because it’s going to turn out great if you do. I think it just means that you care.”

He praises the Service Coordinator Michelle Cole and Juszczyk for their attention to quality and for doing things right.

"We care about every detail because we all have the vision of serving really good food, and that’s the bottom line.”

By
Kristin Davenport
Kristin Davenport is the Director of Communications for Episcopal Retirement Services (ERS). Kristin leads ERS’s efforts to share stories that delight and inspire through social media, online content, annual reports, magazines, newsletters, public relations, and events. Kristin earned her BFA in graphic design from Wittenberg University. She joined ERS in 2014 after a 25-year career as a visual journalist and creative director with American City Business Journals. Her role at ERS has ignited her passion for making Cincinnati a dementia-inclusive city, and she spends time with residents as a SAIDO® Learning lead supporter. Kristin is the executive producer and co-host of the Linkage Podcast for ERS. Kristin and her husband Alex live in Lebanon, Ohio, with their two daughters. She also serves as a Trustee and the President of the Lebanon Food Pantry and is a board member for ArtScape Lebanon, where she teaches painting and has an art studio, Indium Art.
living well Deupree House Cincinnati Retirement Community lifestyle upscale comfort food