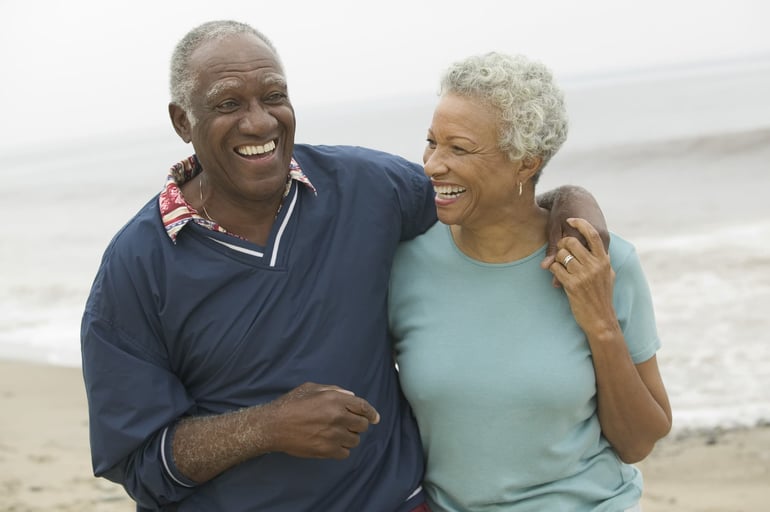 Some may be famous, and some may be local legends, but they have one thing in common — all found new chapters in their golden years. Here are four seniors who are taking positive aging and purposeful living to a whole new level!

Admired worldwide since the 1970s for her long-distance swimming feats, Nyad hasn’t let getting older slow her down.

Many will remember that on the day she turned 30, Nyad began what remains a record-setting journey from the Bahamas to Florida — all without a shark cage!

But it wasn’t until the age of 64 that Diana accomplished her goal of continuous swimming from Cuba to Florida, a 110-mile trek. It was Diana’s fifth attempt at the journey. She’d begun training for the event at age 60, but in previous attempts, ultimately had to suspend her quests due to severe jellyfish stings, impossibly strong currents, or bad weather. But in September 2013, Nyad finally completed the arduous journey.

Nor has Nyad slowed down after turning 70. She continues to make appearances as a motivational speaker, as well as supporting charitable causes.

Few people consider taking on a new career just as they’re closing in on 100. But Laurence (Larry) Jaffe, who lives in a Gainesville, Florida retirement community, wasn’t afraid to take on a new challenge. At the age of 98, Larry became involved in film production. The movie for which he was a producer, The Girl Who Believes in Miracles, was released this year and is also available on streaming services such as Amazon Prime.

The WWII veteran made his career in marketing, not moviemaking. But he was intrigued by a friend’s idea of adapting The Mustard Seed, a book about a young girl whose ability to heal through prayer leads to challenges in her own life. The film stars Hollywood heavyweights like Mira Sorvino, Peter Coyote, and Kevin Sorbo.

“I want older people to know that you’re never too old to start something new and succeed,” Larry said in a recent interview. “After the year we’ve all endured, the world needs an uplifting movie like this to give us the capacity to trust once more.”

If you can’t find Lydia Gross in her Columbia, Tennessee, retirement community, look up. Chances are, the 99-year-old may just be taking a flying lesson. Lydia had always wanted to learn to fly but wasn’t able to until the personal care center in which she dwells raised money to help her achieve her long-cherished dreams of flying a plane.

Lydia worked for an aviation service, at one point in her career, and later regretted not taking the pilots up on their offers to give her free flight instructions. Decades later, the fundraising effort garnished enough to pay for a lesson at a flight school. The hour-long flight took her over Downtown Nashville, among other thrilling sights.

As it happens, when it came time to book the lesson, the flight school donated the aviation lesson. So, rather than letting the GoFundMe money go to waste, Lydia is thinking of going for another session. But even if she never does, “I am just glad I had the opportunity,” Lydia told a reporter after her flight. “You are never too old to do anything.”

CrossFit may be one of the more challenging pursuits non-professional athletes can take up. But Konrad Kaufmann didn’t blink when he entered the highly competitive CrossFit games this year— at the age of 62.

In fact, the Zurich, Switzerland resident was already into his senior years when he even started the challenging fitness program, which combines cardio, strength training, and a host of sub-categories, such as rope-climbing kettlebell lifting, and gymnastics. Konrad entered “the box,” as enthusiasts call CrossFit facilities, after receiving two hip implant procedures in his 50s.

Although he’s been a CrossFit competitor for a relatively short time, the new granddad is ranked 1st in his age group in Switzerland and 11th worldwide!

“It’s like any new challenge,” Konrad explained while attending the 2021 CrossFit Games. “[As with] everything; you can get better any day you work on it.”

And Closer to Home…

Of course, our Deupree House residents are also still setting the world on fire. Many play crucial roles by serving on various boards and committees not only at our Cincinnati retirement community but also out in the “wider world.” Others continue to hone their skills as artists or musicians or to finally dedicate more time to enriching hobbies like walking, joining a book club, and crossword puzzles.

Perhaps you’re already following your dream or have recently been inspired to begin. Independent living solutions such as those you’ll find at Deupree House can free up the time and energy that you need to pursue those passions.

Find out how purposeful living in an independent living community can help you meet both new and long-cherished goals. Please contact us to learn more.

By
Kristin Davenport
Kristin Davenport is the Director of Communications for Episcopal Retirement Services (ERS). Kristin leads ERS’s efforts to share stories that delight and inspire through social media, online content, annual reports, magazines, newsletters, public relations, and events. Kristin earned her BFA in graphic design from Wittenberg University. She joined ERS in 2014 after a 25-year career as a visual journalist and creative director with American City Business Journals. Her role at ERS has ignited her passion for making Cincinnati a dementia-inclusive city, and she spends time with residents as a SAIDO® Learning lead supporter. Kristin is the executive producer and co-host of the Linkage Podcast for ERS. Kristin and her husband Alex live in Lebanon, Ohio, with their two daughters. She also serves as a Trustee and the President of the Lebanon Food Pantry and is a board member for ArtScape Lebanon, where she teaches painting and has an art studio, Indium Art.
positive aging independent living purposeful living