Raising Awareness of Ageism and the Stigma of Senior Living

Raising Awareness of Ageism and the Stigma of Senior Living

Ageism is everywhere. It’s on television, in the movies, at the workplace, or even around the community, and it can manifest in some obvious and some not so obvious ways.

You may have even uttered an ageist comment yourself. It’s important that we understand what ageism is so that we can work on eradicating it from our society. 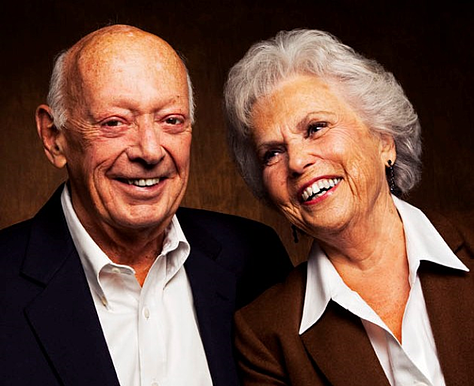 If you flipped open the nearest dictionary, or pulled up the app on your phone, you would find ageism defined something like this:

(n) any discrimination or prejudiced based on age.

This dictionary definition takes into account age-based prejudices against any age group, but in practicality, ageism refers to the stereotyping and discrimination that is leveled at the older adult population.

In a 2011 article on contemporary ageism, Dr. Wojtek J. Chodzko-Zajko, Head of the Department of Kinesiology and Community Health at the University of Illinois at Urbana-Champaign, describes the modern view of old age:

“Aging is often portrayed as a challenge or even a threat to society. One in which the old are depicted as an economic burden. In short, aging is viewed as a crisis, a situation which will need to be managed before it gets out of hand.”

The pervasiveness of ageism in the United States is rooted in a number of misconceptions about senior life that combine with layers of intergenerational tension to create proscriptive attitudes toward age in three key areas, say Princeton researchers:

What does ageism look like in day to day life?

Showy displays of bias are generally frowned upon, but the pervasiveness of some prejudices and stereotypes can make them seem commonplace. Some of the most common instances of ageism go largely unnoticed in day-to-day life:

What can I do to fight ageism?

According to the Fight Ageism organization, getting older adults to share their stories is the key to ending discrimination. When senior living is shown as it is, for what it is, the labels and stigmas attached to aging seem ludicrous.

Another local organization called the Council for Lifelong Engagement (CLLE) is dedicated to ending ageism while imparting the wisdom of elders to school children of all ages. At CLLE, many residents from ERH communities speak to grade school classes on a variety of topics, from art to education to business.

On a personal level, being more aware of the vocabulary you use to speak about seniors or getting older can help tear down ageist stereotypes.

By
Bryan Reynolds
Bryan Reynolds is the Vice President of Marketing and Public Relations for Episcopal Retirement Services (ERS). Bryan is responsible for developing and implementing ERS' digital marketing strategy, and overseeing the website, social media outlets, audio and video content and online advertising. After originally attending The Ohio State University, he graduated from the College-Conservatory of Music at the University of Cincinnati, where he earned a Bachelor of fine arts focused on electronic media. Bryan loves to share his passion for technology by assisting older adults with their computer and mobile devices. He has taught several classes within ERS communities as well as at the Osher Lifelong Learning Institute run by the University of Cincinnati. He also participates on the Technology Team at ERS to help provide direction. Bryan and his wife Krista currently reside in Lebanon, Ohio with their 5 children.
fighting ageism senior living

2 Steps to Finding (and Keeping) a Good Senior Healthcare Physician