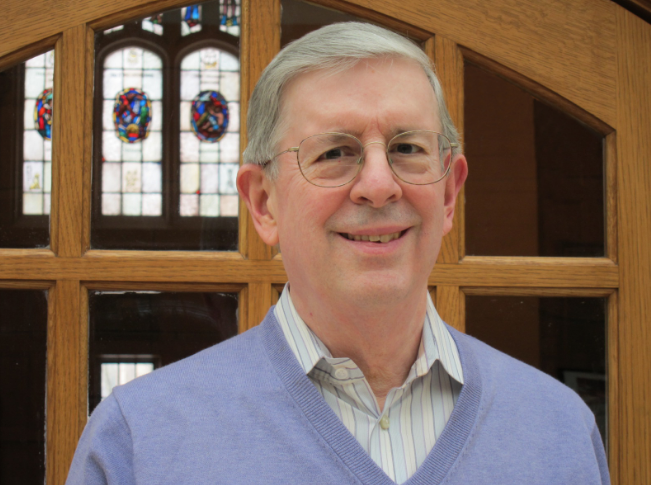 Fred McGavran is a pretty interesting guy. He’s been a bit of everything in his lifetime.

He graduated from Kenyon College and served as a U.S. Navy officer during the Vietnam War. He went to Harvard Law School and spent many years representing veterans and defending psychiatric malpractice claims. He retired in 2007 as a partner in prestigious legal firm Frost Brown Todd, LLC’s Cincinnati office.

In 2010, he was ordained a deacon by the Episcopal Diocese of Southern Ohio and currently serves as an assistant chaplain for several Episcopal Retirement Services (ERS) communities, including Marjorie P. Lee and our premier senior living community, Deupree House, both just down the street from his home in Hyde Park.

It’s his most recent endeavor that has many people, here at ERS and elsewhere, buzzing: McGavran is an award-winning writer. And he just published his second collection of short stories.

A man of letters

The collection, which won a St. Lawrence Book Award, focuses on familiar protagonist: a lawyer (surprise!), a beautician, and a man who has Alzheimer’s dementia. All of them face situations that cause them to become extraordinary.

“The world he works with is O’Hara’s and Updike’s suburbia, mildly Midwestern, citified--but populated by lawyers, priests, occasionally therapists and academics, most of them aging,” he noted.

In addition to the St. Lawrence Book Award, McGavran has been previously honored by Writer’s Digest, in the horror category of its 2007 Short Story Contest. He also won the 2003 Raymond Carver Award from Humboldt State University.

Recycled Glass and Other Stories

McGavran’s second short story collection, Recycled Glass and Other Stories, was recently published by Glass Lyre Press. Several of its offerings are connected by the appearance of an Episcopal priest as the lead character. (As the old advice goes, “write what you know.”) 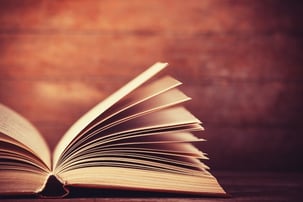 In “A Tomb for Demrick Fauston,” a famous and fabulously wealthy real estate developer plans to be buried in a monumental tomb inside his largest building. The priest helps the developer come to grips with a lifetime of denied sins.

“Watching Time,” which received the top nod in Winning Writers’ 2004 Tom Howard/John H. Reid Short Story Contest, tells the tale of a man who loses his sense of space and time when his watch breaks, eventually leading to the realization that he lived a past life.

“The Reincarnation of Horlach Spencer” won a $10,000 Individual Achievement Award from the Ohio Arts Council and was published in the Harvard Review. In it, an American investment advisor is killed in a traffic accident in India, only to be reborn as a water buffalo driver.

Recycled Glass and Other Stories is available at several Cincinnati-area bookstores, including Joseph-Beth in the Rookwood Center shopping plaza, The Bookshelf in Madeira, and Roebling Point Books and Coffee in Covington.

Curious to hear him read? He’s scheduled to be a guest on WVXU’s “Around Cincinnati” program on Sunday, Oct. 25, 2017.

Even in retirement, it’s never too late to do something amazing.

Fred McGavran’s career proves that point without any further ado. And it’s a point well-taken here at Episcopal Retirement Services: we believe that every senior has something to contribute.

That’s why we’ve made a commitment to fight ageism. It’s why we make extra efforts to spread the word about retired persons — here in Cincinnati and elsewhere in the Tristate — who are living out loud.

If you’re a senior living in Cincinnati, what are you doing to inspire others and pass on your knowledge? How are you living well into the future?

Click here and tell us! We want to know. Maybe your story will be the next featured on the Episcopal Retirement Services blog?

In the meantime, make sure you share this story on Facebook and other social media platforms. Help us show Cincinnati how our community’s seniors are making a positive difference!

By
Bryan Reynolds
Bryan Reynolds is the Vice President of Marketing and Public Relations for Episcopal Retirement Services (ERS). Bryan is responsible for developing and implementing ERS' digital marketing strategy, and overseeing the website, social media outlets, audio and video content and online advertising. After originally attending The Ohio State University, he graduated from the College-Conservatory of Music at the University of Cincinnati, where he earned a Bachelor of fine arts focused on electronic media. Bryan loves to share his passion for technology by assisting older adults with their computer and mobile devices. He has taught several classes within ERS communities as well as at the Osher Lifelong Learning Institute run by the University of Cincinnati. He also participates on the Technology Team at ERS to help provide direction. Bryan and his wife Krista currently reside in Lebanon, Ohio with their 5 children.
Building Community Episcopal Retirement Services Fred McGavran making a difference

ERS Staff Learn About a Positive Approach to Care®