How to Recognize the Signs of Early-Onset Alzheimer’s

How to Recognize the Signs of Early-Onset Alzheimer’s 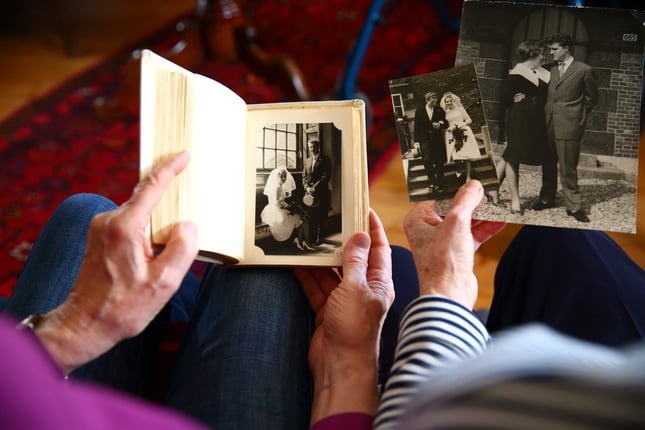 This variant — early-onset Alzheimer’s dementia — accounts for only about 5 percent of all Alzheimer’s cases, and tragically impacts people in their peak earning years. It can financially ruin families. It causes men and women to lose their trusted partners. And it can rob children of their caring parent.

Early-onset Alzheimer’s is also notoriously difficult to diagnose. Because it’s rare and presents much earlier than more typical Alzheimer’s cases do, many doctors struggle to readily identify it. Critical time and resources can be spent on fruitless tests before all other possibilities are ruled out.

As yet, there’s no cure, nor any proven, effective preventative measures, to help people avoid Alzheimer’s dementia. Until recently, early-onset Alzheimer’s seemingly struck at random.

Luckily, though, modern science is revealing much more about it.

Recent familial studies have identified several genes that may individually or collectively cause early-onset Alzheimer’s disease. The hope is that we can, in the future, develop treatments that could repair those genes and help at-risk families avoid devastating diagnoses.

Until that day, though, you need to be aware of the signs and symptoms of early-onset dementia.

With prompt intervention and intensive memory care, like that we provide here in Louisville at Episcopal Church Home, it may be possible to slow the progression of the disease and longer preserve your loved one’s cognitive abilities.

If you suspect your loved one might be exhibiting Alzheimer’s-like symptoms, here are a few of the signs you should watch for:

This is often the first symptom that families notice in a loved one with early-onset Alzheimer’s dementia.

Work-life imbalances, stress and other factors often cause middle-aged adults to forget important but relatively minor things like picking the kids up after school, completing a work assignment and so on.

Alzheimer’s, on the other hand, can cause memory lapses about important, unforgettable details: a child’s birthday, wedding anniversary dates, a spouse’s name, who the president is, etc.

A person with Alzheimer’s disease might get lost going to the grocery or driving home. Mom might momentarily forget whose house she’s in when she’s over for a visit. Dad might forget his home address.

If you notice your loved one become easily lost or distracted in the places that should seem the most familiar to him or her, it’s significant and you should mention it to the doctor.

People in the beginning stages of Alzheimer’s might become disoriented from time to time, too.

We’re not talking about confusing Tuesday for Monday after a long holiday weekend here, nor are we talking about a person who temporarily can’t remember what day of the month it is. This would be much more noticeable: forgetting what year it is, or how old he or she is, or even what decade his or her child was born in.

Alzheimer’s disease often causes a person to exhibit disruptive, irrational outbursts, violent mood swings, or strange behaviors. This is especially common in the late afternoon or evening, when a person is tired or run down by the events of the day.

“Sundowning” or “sundowner syndrome” is a hallmark of Alzheimer’s and other dementia disorders. If your loved one is exhibiting it, it’s time for him or her to see a doctor. 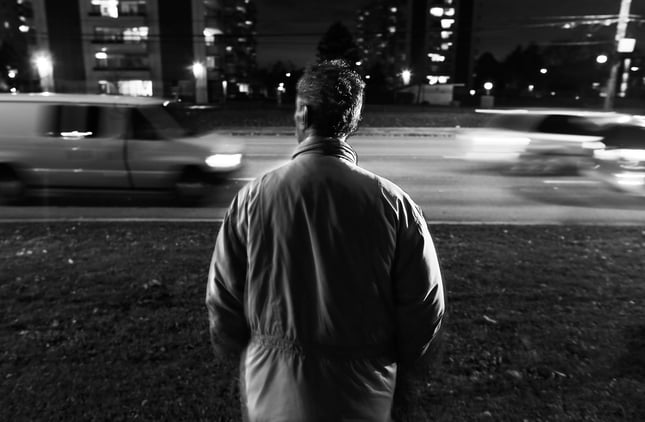 People with Alzheimer’s might become restless or easily agitated. Sometimes, they wander about the house or neighborhood, seemingly without purpose. Often, they exhibit a characteristic “shuffling” gait — they scuff their feet on the ground as they walk, instead of placing one foot in front of the other.

Wandering behavior occurs more often in the evening or overnight because of sundowner syndrome. And it can be dangerous: a loved one might become lost in the neighborhood or about town and encounter physical danger.

Many Alzheimer’s patients who exhibit wandering behaviors benefit from residential memory care, where their movements can be monitored in a secure environment.

In fact, modern memory care homes actually encourage patients to wander. It’s thought that secure wandering can engage and stimulate areas of the brain responsible for spatial orientation and memory, so wandering in a safe environment might help to extend cognition.

Curious to know what the other signs of early-onset Alzheimer’s are?

There are many more symptoms you should watch out for if you suspect a loved one might have early-onset dementia — far too many to list here. That’s another reason why early-onset Alzheimer’s is so difficult to diagnose. Each case presents differently.

Go here to find out more.

If your relative, spouse, or partner has Alzheimer’s dementia, and could benefit from advanced memory care in Louisville, Episcopal Church Home can help.

Contact us today. Let’s talk about treatment options for your family.

By
Bryan Reynolds
Bryan Reynolds is the Vice President of Marketing and Public Relations for Episcopal Retirement Services (ERS). Bryan is responsible for developing and implementing ERS' digital marketing strategy, and overseeing the website, social media outlets, audio and video content and online advertising. After originally attending The Ohio State University, he graduated from the College-Conservatory of Music at the University of Cincinnati, where he earned a Bachelor of fine arts focused on electronic media. Bryan loves to share his passion for technology by assisting older adults with their computer and mobile devices. He has taught several classes within ERS communities as well as at the Osher Lifelong Learning Institute run by the University of Cincinnati. He also participates on the Technology Team at ERS to help provide direction. Bryan and his wife Krista currently reside in Lebanon, Ohio with their 5 children.
caregiving eldercare dementia elder care senior protection