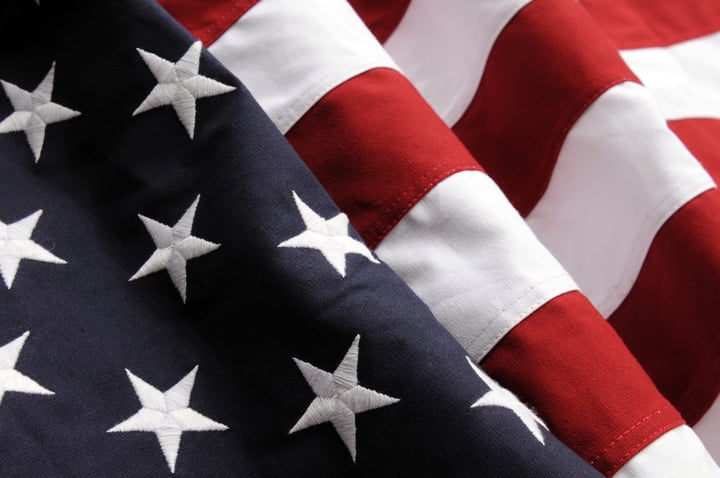 Veteran’s Day, formerly known as Armistice Day, is a federal holiday observed every year on November 11. It was created to commemorate the end of World War I but, after the conclusion of World War II and the Korean War, the 83rd U.S. Congress voted for the holiday to honor veterans of all wars.

Many veterans call the Deupree House retirement community home. In honor of Veteran’s Day 2020, read some of their incredible stories below. Arnie served for two years on the USS Bremerton, a heavy cruiser with the 7th fleet in Korea, as an Assistant Navigator and Signal Officer. He also served two tours of duty in the Korean Conflict.

In his last year of service, Arnie was transferred to a Landing Ship Medium (LSM) as Executive Officer. He spent much of that year in San Diego, CA.

He spent one year in the Naval Reserves before resigning his commission as a Lieutenant.

Besides being a Deupree House veteran, did you know that Arnie is also an ERS Board Member and an alternative resident board member? We interviewed him about his responsibilities here. Wilson Breiel entered service at 17 and was assigned to NROTC at Cornell University, Ithaca, New York as an apprentice seaman. In February 1946, he was commissioned as Ensign and assigned to duty aboard the light cruiser USS Montpelier as an engineering officer.

Wilson also served in the Atlantic Theater until he was discharged after the war with Japan. Barry went on active duty at the end of the (active) Korean Conflict as a Lieutenant and separated as a Captain. He was stationed at Moses Lake Air Force Base in Washington with the 8th Troop Carrier Squadron.

Barry went on many missions in the Distant Early Warning Line (DEW Line) in Alaska to deliver heavy construction machinery. Due to security concerns, they couldn’t use electronic navigation equipment to reach classified sites. Thus, most of these missions were navigated by dead reckoning since foul weather obliterated the land and sky. They also had to land and take off on frozen sea ice.

Barry also had temporary assignments in the Pacific Islands and Japan and served as a loadmaster and Squadron Adjutant. While in Training Command, he owned a light aircraft and was a licensed pilot! Dr. Roger Giesel served in the U.S. Army during the Korean War. He had been deferred 10 to 12 years after high school graduation to attend college and medical school.

After completing his education, Dr. Giesel became a Doctor and a Captain in the U.S. Army Medical Corps. He was assigned to the 5th General Hospital in Stuttgart, Germany, for two years and worked as a pediatrician for thousands of military dependents’ children. During World War II in 1943, Donald was part of the Navy V-12 program at the Massachusetts Institute of Technology (M.I.T.). He then attended the University of Cincinnati Medical School until the end of the war.

Donald remained in the Naval Reserve and was recalled to active duty in November of 1950. He was deployed to the Newport, Rhode Island Naval Base Dispensary as a medical officer. Later, he was transferred to the Newport Naval Hospital to run the infectious disease ward. In October 1952, he was transferred to Dispensary as the acting senior medical officer. He was discharged from active duty in November 1952.

This Veteran’s Day, we would like to thank all the veterans at Deupree House and Deupree Cottages for their service.

Would you like to learn more about these featured veterans, as well as read about other Deupree House residents and even staff members who have served in the Armed Forces? Then click here to access the Deupree House Veteran’s Guide.

By
Kristin Davenport
Kristin Davenport is the Director of Communications for Episcopal Retirement Services (ERS). Kristin leads ERS’s efforts to share stories that delight and inspire through social media, online content, annual reports, magazines, newsletters, public relations, and events. Kristin earned her BFA in graphic design from Wittenberg University. She joined ERS in 2014 after a 25-year career as a visual journalist and creative director with American City Business Journals. Her role at ERS has ignited her passion for making Cincinnati a dementia-inclusive city, and she spends time with residents as a SAIDO® Learning lead supporter. Kristin is the executive producer and co-host of the Linkage Podcast for ERS. Kristin and her husband Alex live in Lebanon, Ohio, with their two daughters. She also serves as a Trustee and the President of the Lebanon Food Pantry and is a board member for ArtScape Lebanon, where she teaches painting and has an art studio, Indium Art.
Deupree House retirement community retirement living World War II veterans lifestyle

Tips for Seniors: What is the COVID-19 Risk of These 5 Activities?

6 Safe & Fun Ways Seniors Can Stay Connected to Loved Ones