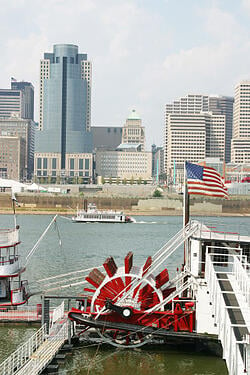 One of the best things about senior life in Hyde Park—and at Deupree House in particular—is its central location.

We have every conceivable type of shopping nearby—from Rookwood to Kenwood, Hyde Park Square to Mariemont. There are grocery stores galore, too, and first-rate pharmacies. There are even movie theaters that show the sorts of films you actually want to see.

But there is nothing quite like the Cincinnati Arts Association.

Even more remarkable is the fact that the farthest CAA performance is only 15 minutes away.

If you aren’t from the Greater Cincinnati area, we probably need to explain exactly what the CAA is.

In the early 1990s, when the Aronoff Center for the Arts was being built on Walnut Street between Sixth and Seventh Streets, the CAA was created as a non-profit organization to oversee the management and programming not only of the Aronoff and the Weston Art Gallery, which is located in its lobby, but also of Music Hall.

Most of the stage presentations we see at both facilities are actually produced by other arts groups like the Cincinnati Symphony, the Cincinnati Opera and Broadway in Cincinnati, among others.

CAA does have programs of its own, especially its wonderful life-long learning presentations and its student programs.

But what are best-known are the services CAA provides to the 12 organizations that make up its roster of resident companies: 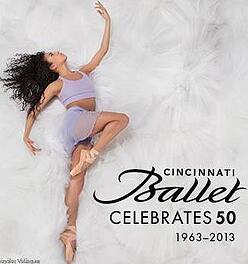 One resident company, in particular, is a must see this season.

The Cincinnati Ballet, which has been celebrating its 50th anniversary, has had some remarkable performances this year. There are more highlights to this coming season than could possibly be chronicled here— galas, reunions, and private showings.

At the center of all the celebrations, of course, are the regular performances— including a prestigious week-long residency in New York City during May.

There is no shortage of opportunities to see this greatly revitalized company on its home stage. A recent review in “The Cincinnati Enquirer” noted that a recent performance displayed “a coming of age that Cincinnati Ballet has talked about for decades” and described it as “a company that has finally grown into its own skin, a company that has the confidence and the ability to take on the world.”

In March, they’ll present the company premiere of George Balanchine’s “Symphony in C” and “Bolero,” which audiences greeted so enthusiastically during the company’s 45th anniversary season.

But next up, just in time for Valentine’s Day, we’ll have a chance to see one of the most significant examples of the newly emboldened Cincinnati Ballet when the company performs the world premiere of “King Arthur’s Camelot” Feb. 13-16.

This is an entirely new production, not just a balletic rehash of the Broadway musical.

Victoria Morgan, the ballet’s artistic director and CEO, commissioned a completely new full-length score from Canadian composer John Estacio and followed it up by engaging a pair of highly noted designers, Sandra Woodall (costumes) and Joe Tilford (sets), to give the production a distinctive look.

And then, of course, there is Morgan’s new choreography. It is complex, entertaining, endlessly intriguing and, thanks to the involvement of dramaturge Eda Holmes, assistant director of Canada’s famed Shaw Festival, dramatically intense.

The CAA presents much, much more than Ballet, of course.

There are touring Broadway shows like “The Book of Mormon” (Jan. 7-26) and “Wicked” (March 5-23). And one-night concerts like “The Tenors,” on February 1. And a series of fascinating artist lectures in the Weston Art Gallery which are bound to be inspiring.

But for now, we’re putting our money on love, intrigue, nobility and a dose of old-fashioned chivalry in that world premiere of “King Arthur’s Camelot.”

By
Bryan Reynolds
Bryan Reynolds is the Vice President of Marketing and Public Relations for Episcopal Retirement Services (ERS). Bryan is responsible for developing and implementing ERS' digital marketing strategy, and overseeing the website, social media outlets, audio and video content and online advertising. After originally attending The Ohio State University, he graduated from the College-Conservatory of Music at the University of Cincinnati, where he earned a Bachelor of fine arts focused on electronic media. Bryan loves to share his passion for technology by assisting older adults with their computer and mobile devices. He has taught several classes within ERS communities as well as at the Osher Lifelong Learning Institute run by the University of Cincinnati. He also participates on the Technology Team at ERS to help provide direction. Bryan and his wife Krista currently reside in Lebanon, Ohio with their 5 children.
life after retirement arts and culture Cincinnati

10 Things You Should Do after Retirement