Arts and Culture Alive and Well for Cincinnati Retirement Communities

Arts and Culture Alive and Well for Cincinnati Retirement Communities 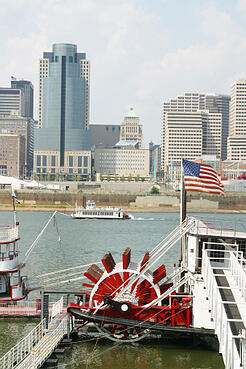 The Queen City of the West has long been known as a bastion of innovation and industry. It may surprise a senior living outside the area to learn of the many arts and cultural attractions available to residents of retirement communities in Cincinnati.

Cincinnati has been historically influential in the visual arts.

From its skillful Rookwood Pottery craftsmen to the famous painters, like Frank Duveneck and Charley Harper, who trained at the Art Academy of Cincinnati, this city has contributed its fair share to the advancement of the visual arts.

We offer many opportunities to engage the artistic world.

The Cincinnati Art Museum, on its opening in 1881, became the first art museum opened west of the Appalachians, and it continues to provide enrichment to citizens and students on a donation-only basis.  Atop Mt. Adams, overlooking downtown, its extensive collection features European masters, such as Monet, Rubens, Picasso and Renoir, artifacts from ancient civilizations and American contemporary works.

The Lois and Richard Rosenthal Center for Contemporary Art, located downtown, features a different set of exhibits virtually every time one visits. As a non-collecting museum, the CAC seeks to curate and display travelling modern art and design exhibits in a variety of genres, from artists the world over.

Cincinnati is fortunate to be a destination city for musical and stage productions, nurtured by generous private funding and the influx of talented performers who attend the University of Cincinnati's renowned College-Conservatory of Music.

A senior living here in Cincinnati can enjoy all kinds of performances.

The Aronoff Center, a three-stage, state-of-the-art performance venue in the heart of Cincinnati's downtown, which hosts major touring Broadway shows, many local theater and dance troupes, concerts and some performances of the Cincinnati Ballet.

Music Hall, built in 1878 and a National Historic Landmark, is home to the Symphony Orchestra, our acclaimed Cincinnati Pops Orchestra and the Cincinnati Opera (the second oldest opera company in the United States)!

Playhouse in the Park, located in the city's scenic Eden Park, produces classic and contemporary musicals, dramas and comedies —many with actors, directors and set designers from around the nation.

Founded on the banks of the wide, meandering Ohio, Cincinnati has been home to keelboaters, canal men and steamwheelers.

Take a slow ride on the American Queen. Formerly the home port of the Delta Queen and host of the occasional Tall Stacks riverboat rally event, Cincinnati is a major port-of-call for the largest steamwheeler ever built, the American Queen, which cruises the Ohio from Pittsburgh to Paducah, and beyond.

Enjoy a dinner or dance cruise. If you don't have time for a long river trip, try a day or evening cruise. Many retirement communities in Cincinnati schedule dinner or nostalgia cruises for their residents.

A senior living in Cincinnati might enjoy time spent learning about the natural world around them, and the history of the area.

The Cincinnati Museum Center, in the historic Union Terminal (still an operational rail station), houses both the Museum of Natural History & Science and the Cincinnati History Museum.

The Museum of Natural History features many interactive science exhibits, including a life-sized cave replica. The History Museum has a full-size recreation of a 19th Century downtown Cincinnati block, a gigantic model rail display of Cincinnati as it appeared in the late 1930s, and its acclaimed "Cincinnati at War" exhibition, which chronicles the area's significant contributions to the war effort in the 1940s.

The Cincinnati Zoo & Botanical Garden is one of the most respected, conservation-oriented zoos in the world. Its successful breeding programs for threatened species have earned it the nickname "World's Sexiest Zoo." It features an amazing exhibit of rare white Bengal tigers, a manatee conservation center and a stunning horticultural assortment.

The Krohn Conservatory, in Eden Park, is a free indoor horticultural exhibit, open year-round to the public. It features thousands of rare and beautiful flowers, as well as an annual butterfly show.

As you can see, residents of retirement communities in Cincinnati can enjoy a rich, satisfying cultural experience.

The staff at Marjorie P. Lee welcomes your inquiries about our amenities and activities for seniors. Talk with your loved ones today about scheduling a visit to our community, and consider your door to the Queen City wide open.

By
Bryan Reynolds
Bryan Reynolds is the Vice President of Marketing and Public Relations for Episcopal Retirement Services (ERS). Bryan is responsible for developing and implementing ERS' digital marketing strategy, and overseeing the website, social media outlets, audio and video content and online advertising. After originally attending The Ohio State University, he graduated from the College-Conservatory of Music at the University of Cincinnati, where he earned a Bachelor of fine arts focused on electronic media. Bryan loves to share his passion for technology by assisting older adults with their computer and mobile devices. He has taught several classes within ERS communities as well as at the Osher Lifelong Learning Institute run by the University of Cincinnati. He also participates on the Technology Team at ERS to help provide direction. Bryan and his wife Krista currently reside in Lebanon, Ohio with their 5 children.
life after retirement arts and culture Cincinnati