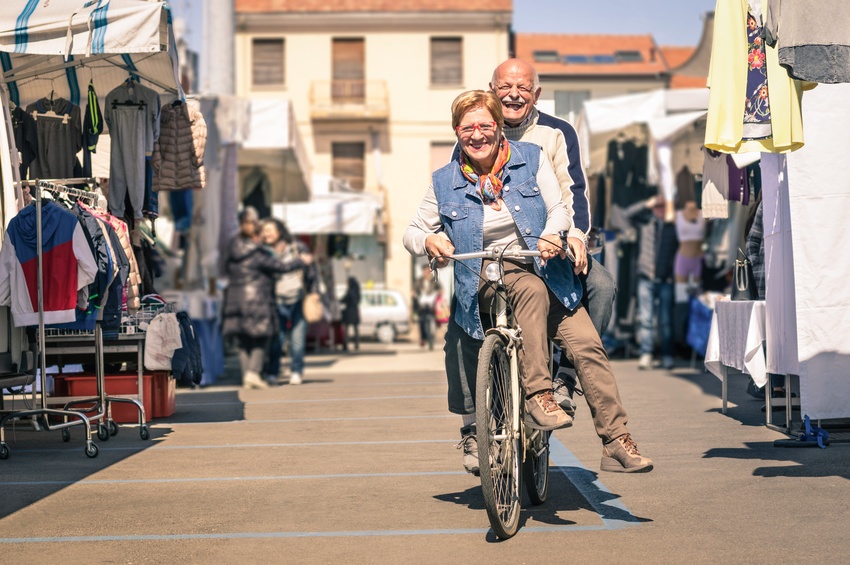 It’s August in the Tristate and the heat is setting in. We’re officially in the dog days of an Ohio Valley summer.

But high temperatures and humidity shouldn’t drive a senior living in Cincinnati to hide indoors next to the air conditioner vent. There are plenty of way you can get out of the house, enjoy your retirement and stay cool!

Today, let’s review three family-friendly events that Cincinnati seniors can attend with their grandkids and turn the dog days into fun days.

The project is attempting to visually document, through an intimate series of portraits, the nearly 12,000 species of invertebrates, fish, amphibians, reptiles, birds and mammals currently under human care in the world’s zoos. In doing so, National Geographic’s photographers hope to inspire people to care for and help protect vulnerable animal populations.

The ongoing effort, co-sponsored by Omaha’s Henry Doorly Zoo & Aquarium, began in 1995 when National Geographic photographer Joel Sartore started photographing animals in his hometown of Lincoln, Nebraska. Since then, Sartore has visited 40 countries in pursuit of the goal to create a comprehensive photo archive of the world’s animals.

The Photo Ark exhibit remains open at the Cincinnati Zoo through Aug. 20. Admission is included in the Zoo’s standard day admission and is free for season passholders.

2. Kenner and the Building of an Empire

Remember the Star Wars toy craze of the late 1970s and early 1980s? Do you recall your kids begging you to buy them a Spirograph, an Easy-Bake Oven, or a Play-Doh Spaghetti Factory for Christmas?

Those iconic toys — and hundreds of others — were produced right here in Cincinnati by the Kenner company, located very near Cincinnati Museum Center at Union Terminal, where an exhibit about the toy manufacturer’s history is now open.

Visitors can see the Bubbl-Matic (the first toy Kenner ever produced), plus well-known toys and playsets from the 1950s and 1960s and, of course, hundreds of original Star Wars action figures, Care Bears, Ghostbusters toys and rare, never-produced concepts.

It’s an exhibit your grandkids will marvel at. And, after you’ve visited that, be sure also to head into Museum Center’s Star Wars and the Power of Costume exhibit, still ongoing, where you can see original costumes used in the first seven Star Wars films!

Love to hunt bargains? Like to peruse weekend garage sales, or rummage and pick at barn sales and estate sales? Then you’ll love the City Flea.

Every Saturday, from the late spring through the early fall, downtown’s Washington Park hosts a weekly, curated flea market that’s guaranteed to scratch that treasure-hunting itch.

The event features more than 70 vendors, ranging from vintage dealers and household good peddlers, to artisan cuisine and horticultural studios. In August, the City Flea also hosts its Kids Market, which gives local children a venue to showcase their handmade wares and learn about running a small business!

The City Flea is free to attend. Paid parking is available along neighboring streets, or in the parking garage under Washington Park.

Or, you could park at Fountain Square, take the Cincinnati Bell Connector streetcar up to the City Flea, then ride back down to the Square to eat at one of downtown’s many excellent restaurants, take in a show at the Aronoff, or sit on the plaza and enjoy a drink while watching the Jumbotron

In Cincinnati, there’s plenty to do in the dog days.

None of these grabbed your fancy? No worries! Remember, Labor Day weekend (and the Western & Southern/WEBN fireworks at Riverfest 2017) are just around the corner.

If you’re a senior living in Cincinnati, you’ll find no shortage of fun events this month. The summer’s winding down — make sure you get out and enjoy it while it lasts.

By
Kristin Davenport
Kristin Davenport is the Director of Communications for Episcopal Retirement Services (ERS). Kristin leads ERS’s efforts to share stories that delight and inspire through social media, online content, annual reports, magazines, newsletters, public relations, and events. Kristin earned her BFA in graphic design from Wittenberg University. She joined ERS in 2014 after a 25-year career as a visual journalist and creative director with American City Business Journals. Her role at ERS has ignited her passion for making Cincinnati a dementia-inclusive city, and she spends time with residents as a SAIDO® Learning lead supporter. Kristin is the executive producer and co-host of the Linkage Podcast for ERS. Kristin and her husband Alex live in Lebanon, Ohio, with their two daughters. She also serves as a Trustee and the President of the Lebanon Food Pantry and is a board member for ArtScape Lebanon, where she teaches painting and has an art studio, Indium Art.
summer Deupree House travel Cincinnati (Cincinnati) assisted living Cincinnati activities for grandparents Cincinnati Senior Living lifestyle

How to Manage Senior Health with Tech Tools and Apps

Quiz: Are You Ready for Retirement Living?