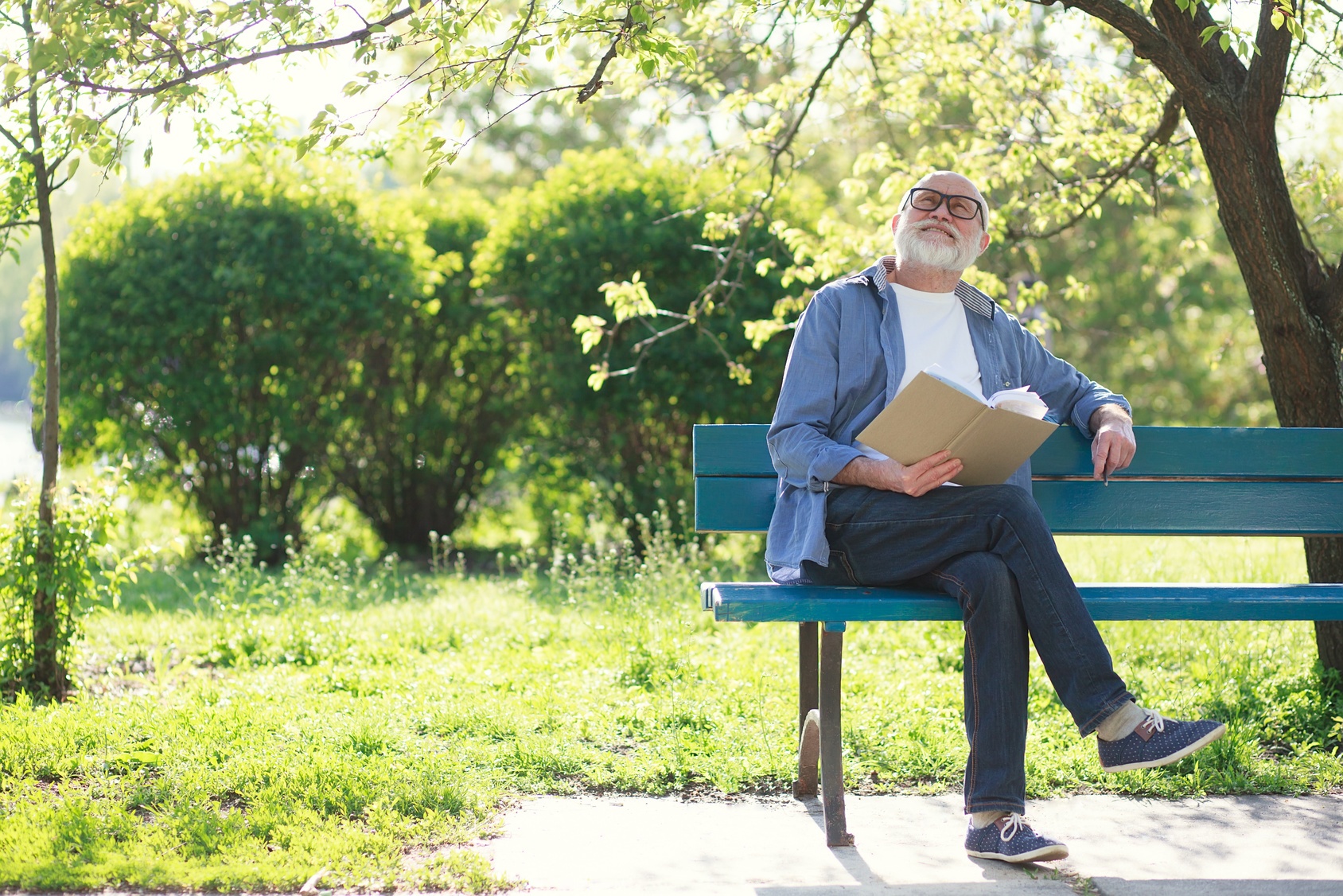 Here at Deupree House and at our sister retirement community, Marjorie P. Lee in Hyde Park, many of the residents enjoy participating in reading clubs.

That and the theme of this year's upcoming Refresh Your Soul installment got us thinking: what are some excellent books that reflect the positive aging ethos?

Well, we did our homework. Today, let's discuss three must-read books about (or reflecting) positive aging.

Gail Rentsch notes that women in the Baby Boomer generation were trailblazers in every sense of the word. They entered the workforce in previously unprecedented numbers, forced the glass ceiling upward, and began redefining how the professional world should treat women.

At the same time, career-minded Boomer women also redefined Americans' assumptions about being a good mother. They worked, raised their children and, in similarly unprecedented numbers, many did so without a spouse present.

In this book, Rentsch discusses the transition that Boomer (and soon, Gen X) women are making – the move out of the full-time workforce and into retirement.

For some, retirement is a bit of a misnomer; they're taking part-time jobs, developing second careers, volunteering, or pursuing their passions with the same determination that they exhibited in their youth. For others, who choose not to work at all, retirement represents a significant downshift after decades of frenetic activity.

Late in life, while battling the heart disease that he rightly guessed would eventually take his life, Nobel Prize-winning novelist John Steinbeck undertook a journey of rediscovery.

He bought a camper, which he named Rocinante (after Don Quixote's horse), packed and, defying everyone who advised him the trip was a bad idea given his health, hit the road with his dog, Charley, to see America one last time.

He drove first from his New York home to New England. Then, he hit the road west, driving the entirety of the Lower 48 along a circuitous route, through the Upper Midwest, Montana, down the West Coast, and back east through the Deep South.

At every stop along the way he spoke with locals and tried to discern the changing quality of the nation, recording his thoughts in his travelogue.

Although Steinbeck's narrative is probably to some degree fictionalized, his observations on American culture, on the prospects of aging unwillingly-but-gracefully, and on the value of taking time to do something he loved as the end approached, all speak to the value of holding on to hope and optimism as long as possible — and to never allowing others to dictate what you are, or are not, able to undertake at your age.

3. Colonel Harland Sanders: The Autobiography of the Original Celebrity Chef

Over his life, a man had been fired from a dozen different jobs. He lived in a small town in a relatively backwater part of a mostly-rural state. He started a restaurant; it failed. He found himself, at age 65, when most of his peers were retiring, completely broke.

But he still had a dream. And he had his secret recipe.

That's when Colonel Sanders sold his first Kentucky Fried Chicken franchise and built his finger-lickin' empire. Being an autobiography and thus subjectively presented, you might want to take some of his memoir with a grain of salt — or at least with a healthy dash of 11 herbs and spices.

But there's no denying that, late in life, the Colonel completely reinvented himself. And if there were ever a story that bespoke the power of positive aging, it's his.

Got a good read on positive aging? Tell us about it!

Share this blog on Facebook, Twitter, LinkedIn, or Google+ and tag us. Tell us about your thoughts after having read them, or suggest other books that would inspire your fellow seniors to stay positive as they age.

We also hope you’re one of 650 attendees who will join us at our upcoming conference on positive aging, Refresh Your Soul 2018, which will be held at Xavier University's Cintas Center on March 12. This topic is so popular and top of mind that we sold out earlier than ever this year, even with expanded seating capacity.

Our keynote speaker this year is Dr. Gary Chapman, author of another book that could help you to stay positive in retirement — The 5 Love Languages: The Secret to Love That Lasts — which outlines ways that partners, or even seniors and their caregivers, can learn how to interpret and relate to each other in the emotional language that each understands.

If you didn’t get a ticket to Refresh Your Soul, keep watching our blog posts for more from Dr. Gary Chapman. We’re working to find a way to share his presentation after March 12!

By
Kristin Davenport
Kristin Davenport is the Director of Communications for Episcopal Retirement Services (ERS). Kristin leads ERS’s efforts to share stories that delight and inspire through social media, online content, annual reports, magazines, newsletters, public relations, and events. Kristin earned her BFA in graphic design from Wittenberg University. She joined ERS in 2014 after a 25-year career as a visual journalist and creative director with American City Business Journals. Her role at ERS has ignited her passion for making Cincinnati a dementia-inclusive city, and she spends time with residents as a SAIDO® Learning lead supporter. Kristin is the executive producer and co-host of the Linkage Podcast for ERS. Kristin and her husband Alex live in Lebanon, Ohio, with their two daughters. She also serves as a Trustee and the President of the Lebanon Food Pantry and is a board member for ArtScape Lebanon, where she teaches painting and has an art studio, Indium Art.
Deupree House Refresh Your Soul Episcopal Retirement Services positive aging senior living in cincinnati how to stay young

Aging Myths and Facts You Need to Know