Black Americans almost twice as likely to have Alzheimer's or dementia 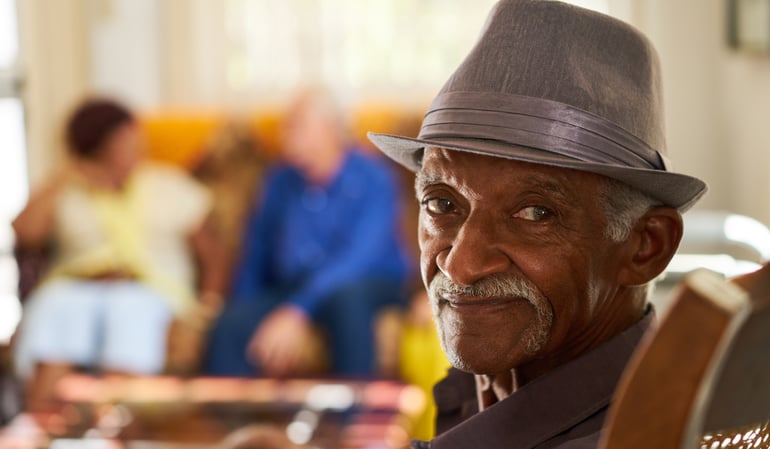 Black senior citizens are nearly twice as likely to have Alzheimer’s disease or other forms of dementia as their white counterparts, a statistic the medical community still is trying to fully understand. Hispanic seniors also develop memory disorders at significantly higher rates than white people.

Experts believe there are several reasons for the disparity, according to a report that estimated numbers of people with clinical Alzheimer’s disease and mild cognitive impairment in the United State, published in May 2021 in “Alzheimer’s & Dementia,” the journal of the Alzheimer’s Association.

A team led by Kumar B. Rajan recently estimated that while 10 percent of non-Hispanic white Americans 65 or older had clinical Alzheimer’s disease, the rate was 18.6 percent among African-American seniors and 14.0 percent for Hispanics.

Leading factors for the different rates appear to be general health and socioeconomic disparities “rooted in the history of discrimination against Black individuals and other people of color in the United States,” according to the Alzheimer’s Association report, “2022 Alzheimer’s Disease Facts and Figures.”

“It is pretty alarming,” said Shannon Braun, director of Episcopal Retirement Services’ Center for Memory Support and Inclusion (CMSI). "The data is clear and can no longer be overlooked."

"It doesn’t have to be this way,” Braun said. “That’s what’s the most devastating."

The dementia disparities also are directly related to prevalence of diabetes and hypertension in the Black community, she added. "It’s all connected to our inequitable health-care system, which we should all feel responsible for changing."

Why the dramatic difference?

The researchers developed those estimates using the Chicago Health and Aging Project (CHAP) study of people 65 or older living in Chicago's south-side neighborhoods.

The report “2022 Alzheimer’s Disease Facts and Figures” said race itself is not a significant factor in the large differences in rates in people of the same ages developing the disorders, although genetic risk factors may have some influence.

Instead, the differences likely are tied to socioeconomic and health factors, such as:

“Structural racism influences environmental factors such as where people can live, the quality of schools in their communities, and exposure to harmful toxins and pollutants,” the 2022 Facts and Figures report states. “It also influences access to quality health care, employment prospects, occupational safety, the ability to pass wealth to subsequent generations, treatment by the legal system, and exposure to violence.”

Reluctance to participate in medical trials

African-Americans and other minorities tend to balk at participating in health studies because of some horrible and unethical American scientific research in past decades.

In the 1930s, the U.S. Public Health Service and the Tuskegee Institute conducted what is known as the “Tuskegee Study of Untreated Syphilis in the Negro Male." The study started with 600 Black men, 399 who had the disease and 201 who did not. They were not properly informed about the study’s parameters. Even though by 1943, penicillin was widely available to treat the disease, the men were not offered treatment.

Such unethical studies haunt medical progress today because people of color are reluctant to participate in modern research toward cures.

Recent surveys found that 62 percent of Black Americans believe medical research is biased against people of color. Only half (53 percent) believe a future cure for Alzheimer’s will be shared equally, regardless of race, color, or ethnicity.

“Historically, there’s understandable ways why certain communities, specifically the Black community, do not participate in drug trials, or any health-care trial,” Braun said. “So I think there’s important work to be done to really make an effort to be more inclusive with trials, with health care.”

“The only way we’re going to make change is to put work into the research,” Braun said. She hopes minorities will participate in dementia research so medical advances will benefit their communities.

There also is more troubling data that should give pause to the medical community about minorities and the way they are treated in doctor’s offices and hospitals. Alzheimer’s Association surveys have found:

In another concerning statistic, only 35 percent of African Americans said they were concerned about Alzheimer’s or dementia, with 55 percent saying they considered a significant loss of cognitive abilities or memory to be a natural part of aging rather than a disease. 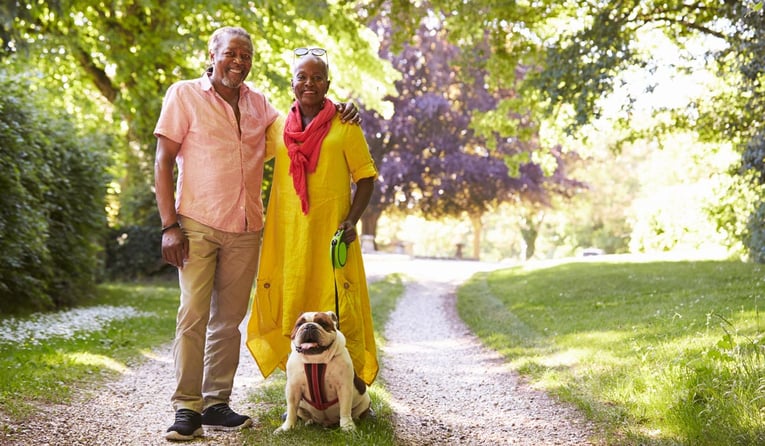 Advice to African-Americans about dementia

Given what’s known about Alzheimer’s disease and other forms of dementia, Braun has some suggestions for African-Americans about working to avoid dementia.

“Make sure you’re seeing your doctor regularly,” Braun said. “Establish a good rapport with your doctor. Find someone who listens to you. And recognize that you don’t have to do it alone.”
One way to get help and peace of mind is by joining a dementia support group, where you can talk with, and commiserate with, others

Some people wrongly believe dementia happens to everybody. It doesn’t, she said.

“It’s abnormal aging,” she said. “There’s a disease process that’s involved. I think if there’s, we consider to be normal, then we become complacent, and don’t take steps that are not too difficult, to try to improve the situation.”

Episcopal Retirement Services (ERS) has a blog about dementia care for, not only those living with the disease but also for ways caregivers can help themselves. It can be found here: blog.episcopalretirement.com.

By
Kristin Davenport
Kristin Davenport is the Director of Communications for Episcopal Retirement Services (ERS). Kristin leads ERS’s efforts to share stories that delight and inspire through social media, online content, annual reports, magazines, newsletters, public relations, and events. Kristin earned her BFA in graphic design from Wittenberg University. She joined ERS in 2014 after a 25-year career as a visual journalist and creative director with American City Business Journals. Her role at ERS has ignited her passion for making Cincinnati a dementia-inclusive city, and she spends time with residents as a SAIDO® Learning lead supporter. Kristin is the executive producer and co-host of the Linkage Podcast for ERS. Kristin and her husband Alex live in Lebanon, Ohio, with their two daughters. She also serves as a Trustee and the President of the Lebanon Food Pantry and is a board member for ArtScape Lebanon, where she teaches painting and has an art studio, Indium Art.
Alzheimer's dementia Black People of Color

Grip and Forearm Strength: At Home Exercises for Residents, Part 66