How a Career in Senior Care Chose ERS's Ken Paley 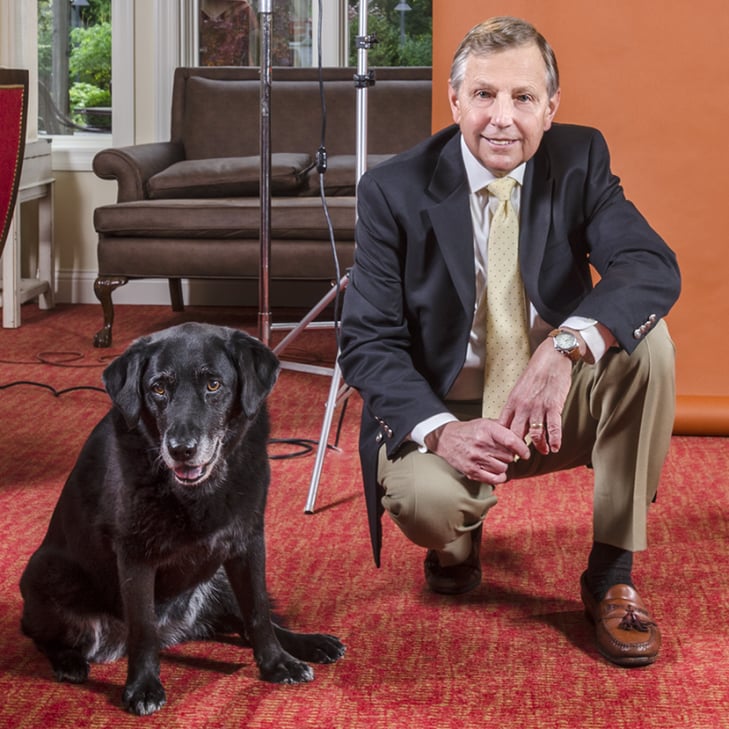 Cincinnatian Ken Paley and his dog Marley, a survivor of the 2005 Hurricane Katrina in Louisiana.

Around 2007, while he was still a principal with The Angus Group, an executive recruiting firm, he received a call from his sister. Paley’s mother — who was 88 and living with end-stage dementia in an assisted living community in Saratoga Springs, New York — needed more care than the facility could provide.

Paley and his sisters agreed that, instead of moving her to the closest memory care center (in Miami, farther from the family), their mother should move to a memory care center in Cincinnati. Here, Paley could be closer to her and help out.

“I knew nothing about senior services,” Paley recalled. “I didn’t know a nursing home from an independent living. I didn’t know what was available. So, I started looking.”

“I’m blessed to end my career here,” he said, smiling. “It’s about that culture, and the great work that we do.”

Episcopal Retirement Services’ Marjorie P. Lee Retirement Community, in Hyde Park, was one of a dozen senior homes he visited.

“I had to have confidence in that quality of care, so if I was gone, then I knew that she’d be well taken care of,” he said. “I wanted her within 20 minutes of either work or home, and it turned out that [Marjorie P. Lee] was — from both — so I could come visit her a lot. And it had to accept Medicaid, because she would be running out of money in a few years, and I didn’t want her to have to move again. They fit the bill on all of those.”

But the real clincher for him came on the advice of his “crotchety,” “all-knowing” barber.

“He’s amazing,” Paley said of his barber. “He said, ‘Eh, those places, never mind who the president is. It’s that lady or that guy who answers the call button. That’s the most important person to your mother.’”

Paley thought about that. It sounded like reasonable advice. He wanted to know who would be helping his mother and answering that call button.

So, he visited Marjorie P. Lee — three times. He visited the community morning, noon and night. And when he saw how professional the staff was, and how consistently passionate they were about providing dignified, person-centered care, he decided that Marjorie P. Lee was the place where his mother would live well.

“So, I moved her in,” he remembered. “And as turns out, I have a real passion for this kind of thing.”

Paley visited his mother three or four times a week. He brought her lunch. He met other residents and visited with them. He wore a clown nose, in the manner of his personal hero, Dr. Hunter “Patch” Adams, to put smiles on people’s faces.

He freely gave out hugs and danced with ladies in wheelchairs. He started bringing donuts on the regular for residents and staff alike. And he loved every minute of it.

So, when he heard ERS was conducting a national search for a vice president of marketing, he picked up the phone and put out a feeler. And we saw in him the passion he’d found — that same we look for in all our team members.

“I have strong feeling about what a culture should be, and this is it,” Paley explained. “I’d always said I’d never hire anybody who would walk by a flower that needed water and didn’t water it, even if they had to go find a watering can and come back.”

“That’s the kind of people who work here,” he said. “The culture is unbelievable.”

Of all his accomplishments in his time here, Paley said that he’s most proud of having taken a person-centered approach even in advertising and branding. 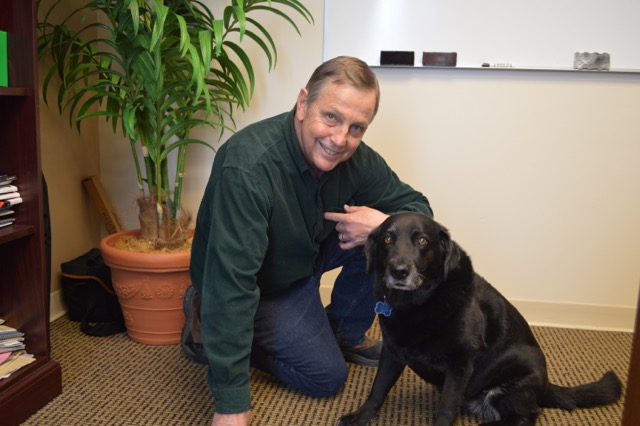 Under his leadership, the organization began sharing willing residents’ stories, letting them tell about their experiences living in ERS communities. In so doing, ERS shows how person-centered care results in a more enriched, more personally fulfilling, more enjoyable retirement for the Tristate’s seniors.

“To most people, sales is marketing. Well, sales is a subset of marketing. It’s an important part, but what about all the branding work and competitive analysis and differentiation?” he asked. “My task was to bring it around and build a brand.”

Paley sought out stories he could tell — from residents, from staff members and from family caregivers alike. And those stories have done more to show the ERS difference than any brochure, website copy, or TV spot he could write.

The stories tell themselves. And they show how our residents are, as our ERS mantra says, “living well into the future.”

“You always start with the consumers when you’re in marketing,” he said. “If you’re thinking about what they’re thinking, because you asked them and you got the real answers deep down inside, that’s the first step to being person-centered.”

Paley feels that lessons learned here at ERS — as well as in other countries — could be applied forward to larger, national discussions about the delivery of healthcare and senior care. He believes more attention should be paid to “de-institutionalize” nursing care for seniors.

“How we deliver care here is truly resident-driven. They decide. We really believe in freedom, choice and purpose. I don’t think any legislator [today] would talk in those terms,” he said.

“I think they really are trying,” Paley cautioned. “But the system is so huge that they can’t deliver the kind of care that we’d all like, and other countries can. In other places, it’s not a horrible thing to ‘go off to the nursing home.’ Here [in the U.S.], everyone’s scared to death of it, unless they saw Deupree Cottages or Marjorie P. Lee, because we deliver person-centered care.”

“I’m blessed to end my career here,” he said, smiling. “It’s about that culture, and the great work that we do.”

For now, he’s off to vacation in the Adirondacks. Then, he’ll return home for “de-cluttering the house and cooking classes.” But he holds out the possibility of returning as an ERS volunteer.

“I told them if they need a Chief Fun Development Officer, I’d be glad to serve,” Paley laughed.

He was only half-kidding. He still has that clown nose.

By
Bryan Reynolds
Bryan Reynolds is the Vice President of Marketing and Public Relations for Episcopal Retirement Services (ERS). Bryan is responsible for developing and implementing ERS' digital marketing strategy, and overseeing the website, social media outlets, audio and video content and online advertising. After originally attending The Ohio State University, he graduated from the College-Conservatory of Music at the University of Cincinnati, where he earned a Bachelor of fine arts focused on electronic media. Bryan loves to share his passion for technology by assisting older adults with their computer and mobile devices. He has taught several classes within ERS communities as well as at the Osher Lifelong Learning Institute run by the University of Cincinnati. He also participates on the Technology Team at ERS to help provide direction. Bryan and his wife Krista currently reside in Lebanon, Ohio with their 5 children.
Senior Homes Episcopal Retirement Services making a difference

Nominate an ERS Employee for the 2017 Martindell Award