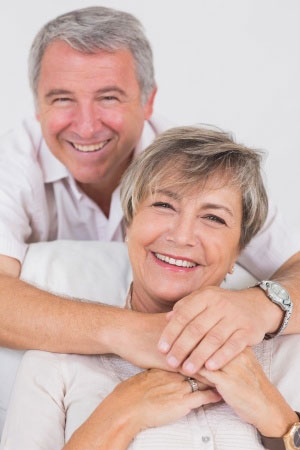 Downsizing to live in a smaller space or a retirement apartment doesn't need to mean you can't live with a sense of style. In fact, moving from your home to an apartment space or assisted living can become an opportunity to refresh your surroundings and engage in some adventurous design. Consider the senior living space makeovers that Sunrise Senior Living and HGTV have performed over the past two years.

The winner, Fran Ferguson, was an 81-year old Air Force widow and resident of Sunrise's Connecticut Avenue property in Washington, DC. Henderson worked with Ferguson's unique physical needs— limited mobility due to severe scoliosis— and considered her favorite activities and interests to design the perfect senior apartment for her.

Ferguson was an avid computer-user and also enjoyed writing out greeting cards for friends and family.

Due to her need for a wheelchair, she required a low, wide desk space. During her married life, she had accumulated a lot of special memorabilia that she needed a place to display.

When Henderson remade Ferguson's apartment, she kept these needs in mind, redesigning the interior with wide, chair-accommodating spaces. A Japanese silkscreen painting Ferguson had picked up on an overseas base remained, but Henderson matched its tones with a brilliant new azure wall paint.

She also increased the available lighting in the room by replacing heavy beige draw curtains with a cheery white drape that matched a new, white-cushioned headboard.

In 2014, Henderson was at it again, this time redesigning an interior for a couple, Dominic and Helen, who had only recently moved into a Sunrise community in Los Angeles.

Before they moved in, their son had bought them new furniture for their apartment. The furniture was comfortable and functional, but drab. And their son knew it. He subsequently nominated Dominic and Helen for a Henderson makeover contest, and they won.

Dominic and Helen had only two stipulations: they loved gardening and wanted their space to reflect that, and their two new overstuffed chairs were comfortable enough that they had to stay. That wasn't a problem for Henderson; as she said, “ultimately comfort for them was more important than style, and while obviously that is a design challenge, I totally agreed… [the easy chairs] were indeed the most comfortable chairs in the world, so I couldn't really compete with that.”

Though the incorporation of the easy chairs was a bit of a difficulty, Henderson did an amazing job pulling everything together. Before she remade Dominic and Helen's apartment, the walls were painted a boring beige, and there were few decorations to liven things up. Nothing about the space indicated that two people lived there who enjoyed growing living things in the garden.

Henderson chose a bright bird and floral pattern wallpaper with a high contrast color palette (juxtaposing a pleasing, vibrant shade of bluish-green against bright off-white) to paper the wall behind their bed and chairs; this reflected the couple's interest in nature. Rather than paper the entire room, she matched paint to the greenish color of the paper and painted the remaining three walls.

She then updated the couple's bedroom set with a cushioned backboard (one of her favorite designer tricks), sleek, stylish table set lighting, a retractable sconce light, a vintage dresser and a mini-bar (Dominic's request). She balanced curved surfaces with square shapes, to break up the visual monotony that had been characteristic of the couple's apartment before the makeover.

She also added a plug-in dimmer switch that allows the couple to dim the lights from the comfort of their bed without reaching far over to get to a lamp-based switch. She also brought in several stowable storage boxes that fit in the space under the bed, allowing them to store items out of the way, keeping their space uncluttered. But the coups-de-grace was Henderson's addition of several potted ferns and three small tabletop terrariums that allow the couple to have a touch of nature in their living space.

Senior living doesn't have to be drab.

If you are considering a move into a retirement community or assisted living, or even if you're just downsizing and looking to refresh your lifestyle in retirement, re-doing your interior decorating scheme can be a fresh way to spruce things up.

Remember to consider your interests and physical needs,  design to prized keepsake possessions and heirlooms rather than around them and, above all, have fun!

By
Bryan Reynolds
Bryan Reynolds is the Vice President of Marketing and Public Relations for Episcopal Retirement Services (ERS). Bryan is responsible for developing and implementing ERS' digital marketing strategy, and overseeing the website, social media outlets, audio and video content and online advertising. After originally attending The Ohio State University, he graduated from the College-Conservatory of Music at the University of Cincinnati, where he earned a Bachelor of fine arts focused on electronic media. Bryan loves to share his passion for technology by assisting older adults with their computer and mobile devices. He has taught several classes within ERS communities as well as at the Osher Lifelong Learning Institute run by the University of Cincinnati. He also participates on the Technology Team at ERS to help provide direction. Bryan and his wife Krista currently reside in Lebanon, Ohio with their 5 children.
senior lifestyles retirement community senior living interior decorating

The Benefits of Dog Ownership