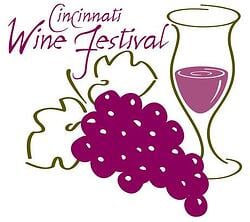 One of the greatest pleasures of life after retirement is that we finally have that free time to enjoy all of the little things. There's final time to perfect your golf game, perhaps. Or read all those best-sellers. Or travel. Or, for some of us, time to more fully savor a glass of vine.

For oenophiles, as we wine lovers like to be known, there are few local events quite so rewarding and enlightening as the Cincinnati Wine Festival.

It’s much, much more than a glorified wine tasting. If that’s all there was to it, you could simply pop in on wine tastings in local stores. Or visit a local winery. But those are intimate gatherings. The Cincinnati Wine Festival represents the other end of the spectrum– it’s enormous.

And, it’s important to note, it’s a festival with a cause. During the more than two decades since the first gathering, the Cincinnati Wine Festival has donated more than $3.9 million dollars to local charities.

This year’s Cincinnati International Wine Festival, as it is officially known, was a smashing success. Taking place over three days, March 6-8, it went through 4 major phases.

Visiting winemakers from around the world were paired with a leading chef from the Greater Cincinnati area. Together, each team developed a multi-course dining and wine-tasting experience that proved to be as illuminating as they were festive.

In addition to the incredible meals, and perfectly paired wines, diners had the opportunity to learn a little about the history of the various vineyards where their wines had been born--  and hear about the wine-making adventures from the visiting winemakers.

Three Grand Tastings are, in many ways, the heart of the Festival’s activities every year.

Hosted in the enormous ballrooms on the third floor of the Duke Energy Convention Center in downtown Cincinnati, each event featured tastings of more than 700 wines from 100 or so top vineyards from all around the globe. There were new wines and rare wines and extraordinary, visionary wines.

Accompanied by fine foods, live music and a silent auction, these jam-packed events were, as promised, the centerpieces of the weekend.

For those who were eager to let the Festival consume the entire weekend, there was Saturday’s Charity Auction and Luncheon. With a sumptuous setting in the glorious Hall of Mirrors in the art deco Hilton Cincinnati Netherland Plaza, the afternoon event began with a dual silent and live auction.

While an auction may seem like an afterthought or a necessity for any charity event, these were no ordinary auctions.

The catalog was filled with limited-release bottles, winemaker-signed grand format bottles and rare wines from the cellars of notable Cincinnatians, as we;; as chef's table dining opportunities at exclusive Cincinnati homes, fantastic vacation trips, wine cellar tours and more. And that was all before the luncheon-- especially prepared by chef Todd Kelly and featuring wines presented by winemakers and winery principals from all over the U.S.

The fourth element of the Festival hasn’t actually taken place yet. Though it is definitely part of the Cincinnati Wine Festival, the annual Russ Wiles Memorial Golf Tournament is regularly scheduled for a little later in the year in the hope of milder weather.

So you’ve still got time to sign up for the June event, which begins– of course– with a Dom Perignon toast. For more information, go to winefestival.com.

By
Bryan Reynolds
Bryan Reynolds is the Vice President of Marketing and Public Relations for Episcopal Retirement Services (ERS). Bryan is responsible for developing and implementing ERS' digital marketing strategy, and overseeing the website, social media outlets, audio and video content and online advertising. After originally attending The Ohio State University, he graduated from the College-Conservatory of Music at the University of Cincinnati, where he earned a Bachelor of fine arts focused on electronic media. Bryan loves to share his passion for technology by assisting older adults with their computer and mobile devices. He has taught several classes within ERS communities as well as at the Osher Lifelong Learning Institute run by the University of Cincinnati. He also participates on the Technology Team at ERS to help provide direction. Bryan and his wife Krista currently reside in Lebanon, Ohio with their 5 children.
activities for seniors arts and culture Senior Life senior living Cincinnati

Take a Stand for Heart Health in Senior Healthcare