New Implications for the Affordable Care Act and Senior Healthcare

New Implications for the Affordable Care Act and Senior Healthcare 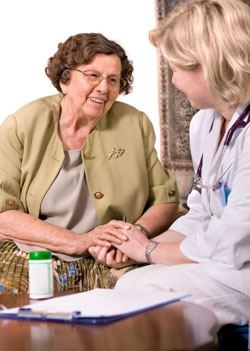 Everyone seems to have an opinion on the Affordable Care Act (ACA) and senior healthcare. And none of them seem to agree.

Some of those opinions have an obviously political bent while others take a more philosophical approach to interpreting the reform. But if you want solid information about the ACA, perhaps it’s best to pay attention to those who have spent time crunching the numbers.

The most obvious source of information would be the Department of Health and Human Services— the governmental agency that administer the Affordable Care Act. But many healthcare industry groups have also proven to be reliable sources of information on how the new legislation will affect their particular services, as well.

Breaking Things Down by the Numbers

At the end of 2013, some of the early numbers were making their way into the news media.

After the disastrous launch of the ACA-based HealthCare.gov web site in October and the way rumors about the program continued to be tossed around like a political football, it was hardly a shock that the number of people who registered during those first three months was lower than expected.

However, data was still able to be captured, and a trend was soon made clear.

As of the end of December, older Americans represented the largest portion of the program, by far. According to a New York Times analysis of the registration figures:

Although it may be surprising that older adults have turned to these online tools to purchase insurance, but it was, perhaps, inevitable that older consumers would be quick to adopt the program. After all, people in that largest group, those 55 to 64, are far more likely to have health-related issues than those in the 18 to 34 group. So older consumers have much more incentive to sign up and sign up early.

There has been no shortage of people willing to hypothesize about what these numbers mean to the long-term health of the ACA. Most, of course, predict doom. And most definitely, if the demographic mix were identical to this after five years or so, it would spell a major crisis for the ACA.

Like any health insurance program, the ACA depends on healthy people– those who rarely need to call on their benefits– to cover the expenses of those who are regular users of health services. If relatively small number of those people register for the ACA, and therefore cover a greater portion of the cost burden, the economic underpinnings of this healthcare plan could crumble.

If you are an older American, especially one who is not yet old enough to qualify for Medicare, these numbers could sound positively alarming. While Medicare is a relatively safe healthcare haven for those who are 65 and older, the years leading up to that magic age are fraught with uncertainty.

Some of the alarmism has been created by the already-volatile political climate—a factor which could itself bring about a shift in the way that the ACA is formulated.

But most professionals who don’t have obvious agendas to serve believe that three months’ worth of figures are no reason to panic. When most of the numbers cited in this posting were compiled, we were barely halfway to the deadline of ACA’s first enrollment period. And in this economic climate, we can’t expect to see concrete results from any new program– especially one as hugely expensive as the Exchanges—within the first few months of implementation.

In terms of assuring a stable healthcare environment for people in the 55 to 64 category, the long term impact of the ACA is yet to be seen.

After much back-and-forth between naysayers and cheerleaders, the New York Times finally approached Robert E. Zirkelbach, a spokesman for America’s Health Insurance Plans, a trade group, for an assessment of the situation.

By
Bryan Reynolds
Bryan Reynolds is the Vice President of Marketing and Public Relations for Episcopal Retirement Services (ERS). Bryan is responsible for developing and implementing ERS' digital marketing strategy, and overseeing the website, social media outlets, audio and video content and online advertising. After originally attending The Ohio State University, he graduated from the College-Conservatory of Music at the University of Cincinnati, where he earned a Bachelor of fine arts focused on electronic media. Bryan loves to share his passion for technology by assisting older adults with their computer and mobile devices. He has taught several classes within ERS communities as well as at the Osher Lifelong Learning Institute run by the University of Cincinnati. He also participates on the Technology Team at ERS to help provide direction. Bryan and his wife Krista currently reside in Lebanon, Ohio with their 5 children.
senior healthcare affordable care act senior health programs senior health

Demystifing Senior Healthcare Options for the Soon to Retire