Tips for less stressful holidays for ... 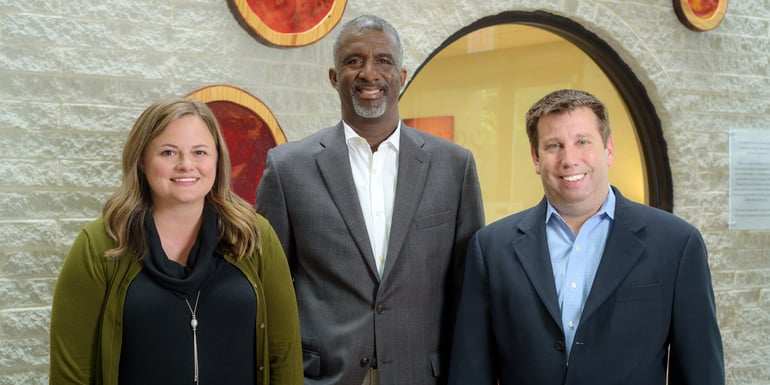 The second-year results are in

Episcopal Retirement Services has released its second annual Scorecard for its We Can Do Better initiative to improve Diversity, Equity, and Inclusion within the organization.

The effort showed progress in several areas, including efforts that should sow further improvements in the coming years.

“I’m constantly reminded that you can only manage what you measure,” said ERS President and CEO Laura Lamb. “This time last year, we unveiled our first We Can Do Better Scorecard.”

We Can Do Better is an initiative ERS launched in 2020 in response to the killings of George Floyd, Ahmaud Arbery, and Breonna Taylor. RELATED: We Can Do Better: A Letter from ERS President and CEO Laura Lamb.

The We Can Do Better effort aims to employ more BIPOC (Black, Indigenous, and Persons of Color) people and add diversity in other aspects of the organization, including how many residents from under-represented groups, such as LGBTQ, live on ERS campuses.

“We’ve had this process of measuring what we want to improve for a year now,” Lamb said. “You have to ask yourself the question, ‘Did you change anything?’ and we have. We absolutely have.”

Highlights from the report

Here is a link to the We Can Do Better Scorecard.

Interested in a career at ERS? Click here to go directly to our careers page and our open positions.

By
Kristin Davenport
Kristin Davenport is the Director of Communications for Episcopal Retirement Services (ERS). Kristin leads ERS’s efforts to share stories that delight and inspire through social media, online content, annual reports, magazines, newsletters, public relations, and events. Kristin earned her BFA in graphic design from Wittenberg University. She joined ERS in 2014 after a 25-year career as a visual journalist and creative director with American City Business Journals. Her role at ERS has ignited her passion for making Cincinnati a dementia-inclusive city, and she spends time with residents as a SAIDO® Learning lead supporter. Kristin is the executive producer and co-host of the Linkage Podcast for ERS. Kristin and her husband Alex live in Lebanon, Ohio, with their two daughters. She also serves as a Trustee and the President of the Lebanon Food Pantry and is a board member for ArtScape Lebanon, where she teaches painting and has an art studio, Indium Art.
Careers we can do better

What to Do with Assets before Moving into Assisted Living Jun 28, 2014
A Conversation With Ginny Uehlin, VP of ERS Residential Healthcare Dec 01, 2021
ERS’ Servant Leadership Team works for other team members Oct 24, 2022

Tips for less stressful holidays for those with dementia