There are ways to lower the stress... 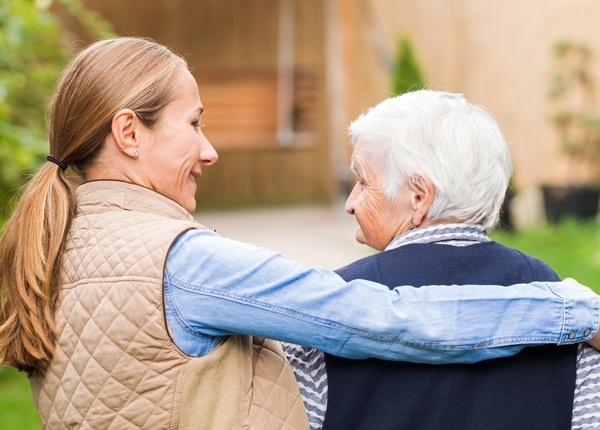 Dementia makes communication difficult and frustrating for those living with the disorder and their loved ones. But we have some pointers for people wanting to do a better job of it.

First, it’s important to understand that Alzheimer’s disease and dementia take varying forms that eventually lessen someone’s ability to communicate. People living with those conditions often have difficulty processing what others are telling them and have trouble putting together the words they need to express themselves. Sometimes they use curse words or speak about inappropriate things.

Reducing stress for both of you

Here are some best practices for communicating with them from Shannon Braun, director of Episcopal Retirement Services’ Center for Memory Support and Inclusion.

Also, Braun offers some reasons why it’s important for people with memory issues to continue socializing – even when they find it embarrassing that they can’t recall names. As we will see, recent studies found that older people who are facing loneliness and social isolation have a significantly higher risk of developing dementia.

Be aware of your tone:

For people with Alzheimer’s or dementia, embarrassment about forgetting names and other factors make it more difficult to engage socially, but it is important to do so – for both those with the disorder and those who care for them – Braun said. She recommends support groups as one way to avoid embarrassment because people in those groups understand what is happening.

Recent studies have linked loneliness and social isolation in older people with a 49-percent-to-60-percent greater likelihood of a future diagnosis than those who don’t feel lonely or isolated. Here’s information about one of them. Here’s a medical editorial about some dementia-causing factors.

Meanwhile, here’s an earlier conversation we had with Shannon Braun.

If you need ideas for a residential memory care setting or support services, we are here to help. Contact us at your convenience to learn more about how our services can help people living with Alzheimer's disease or other types of dementia lead more engaged lives.

By
Kristin Davenport
Kristin Davenport is the Director of Communications for Episcopal Retirement Services (ERS). Kristin leads ERS’s efforts to share stories that delight and inspire through social media, online content, annual reports, magazines, newsletters, public relations, and events. Kristin earned her BFA in graphic design from Wittenberg University. She joined ERS in 2014 after a 25-year career as a visual journalist and creative director with American City Business Journals. Her role at ERS has ignited her passion for making Cincinnati a dementia-inclusive city, and she spends time with residents as a SAIDO® Learning lead supporter. Kristin is the executive producer and co-host of the Linkage Podcast for ERS. Kristin and her husband Alex live in Lebanon, Ohio, with their two daughters. She also serves as a Trustee and the President of the Lebanon Food Pantry and is a board member for ArtScape Lebanon, where she teaches painting and has an art studio, Indium Art.
Memory Support dementia memory care memory care Cincinnati