3 Myths About Alzheimer's and Dementia That You Need to Know

3 Myths About Alzheimer's and Dementia That You Need to Know 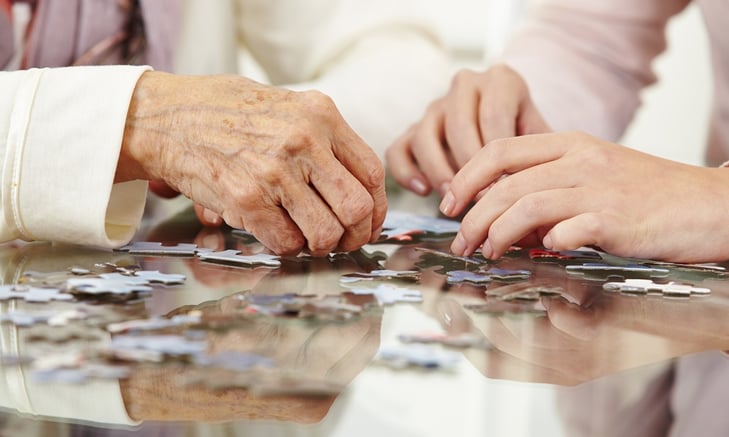 When it comes to Alzheimer’s disease and dementia disorders, plenty of myths, misconceptions, half-truths and outright lies continue to float about — especially on the internet and on social media platforms.

The truth about Alzheimer’s and dementia is that we don’t know the whole truth.

It’s not only irresponsible for any of us to knowingly spread rumors or falsehoods, but it also can be highly damaging or hurtful to people with dementia, their family members and caregivers, memory care professionals and reputable researchers to do so.

As one of the leading providers of cutting-edge memory care in Cincinnati and Louisville, we’d like to take a moment to help set the record straight about Alzheimer’s disease and dementia so that we can all go forward a little better informed and stick to the business of finding a cure for cognitive disorders.

Fact: Alzheimer’s disease can affect middle-aged adults, too. A particularly aggressive variant, known as early-onset Alzheimer’s dementia, typically manifests in individuals who are in their mid-40s to early-50s, but may crop up in adults even younger than that.

It’s hypothesized that most, if not all, early-onset Alzheimer’s dementia cases are caused by genetic factors. It tends to run in families. One well-known example is the DeMoe family, of North Dakota, which has seen 15 of its members diagnosed with the disease over its past three generations.

Several genes have been associated with early-onset Alzheimer’s. It’s not clear whether the disease is caused by the presence of any one allele, of several, or by particular genetic combinations.

If early-onset dementia-like symptoms run in your family, there are commercially available tests that could confirm whether you carry any of the known Alzheimer’s-associated genes. 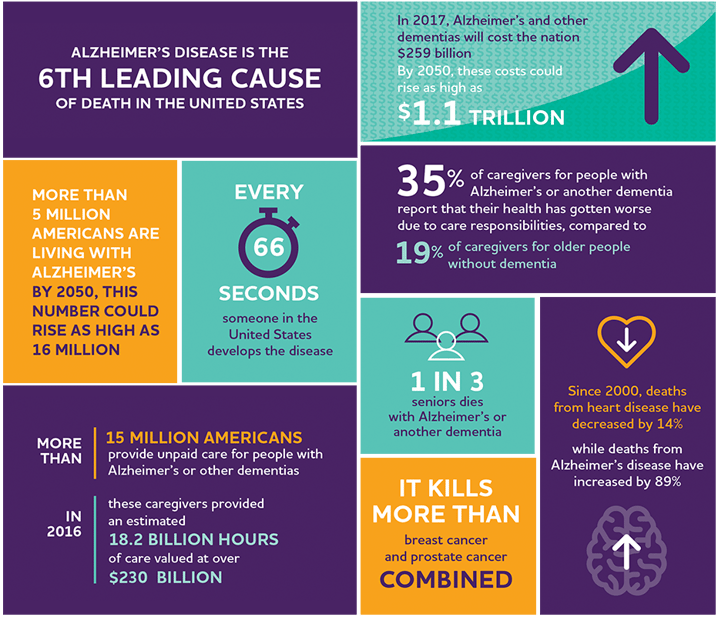 Myth: Alzheimer’s disease is not fatal.

Fact:  Alzheimer’s disease is always fatal. There is no known cure. There is no surefire method of prevention. The disease not only robs people of their memory and self-control — it ultimately impairs autonomic nervous function, including breathing.

Current cognitive disorder treatments cannot reverse or permanently halt its progress, although it is possible some, like SAIDO Learning, music and art therapy and IN2L — all of which are offered in our memory care suite here at Marjorie P. Lee in Cincinnati — may slow it for a time.

Myth: Alzheimer’s disease is caused by drinking out of aluminum cans, fluoride in your water and toothpaste, or aspartame sweeteners...

Fact: These are all probably red herrings.

Although there was a scare back in the 1970s regarding aluminum when some research questioned whether or not environmental aluminum exposure might cause dementia-like symptoms in some patients, it was ultimately just that: a scare.

A positive link between exposure to aluminum — which, by the way, is one of the most common elements found in the Earth’s crust — has never been conclusively established. Ditto fluoride, zinc, mercury, aspartame, vaccines, or any of a variety of alleged culprits that continue to make the rounds in pop pseudoscience articles, Internet conspiracy forums and social media memes.

What is known is that Alzheimer’s and other forms of dementia can strike anyone, at almost any time. More research funding is desperately needed to nail down their true causes and develop effective prevention methods, treatments and cures.

Can you help? Click here to make a potentially tax-deductible contribution to the Alzheimer’s Association.

Alzheimer’s dementia is an enigmatic condition.

Human nature is to speculate and gossip, so there are plenty more myths running rampant about it. But, with your help, we can begin to turn the tide on hysteria and focus on the truth.

All of us — here at Marjorie P. Lee Retirement Community’s state-of-the-art memory support center and at our parent organization, Episcopal Retirement Services — urge you to stay well informed.

Keep following this blog, and click here to find other reputable news sources about Alzheimer’s disease and age-related dementia disorders.

By
Bryan Reynolds
Bryan Reynolds is the Vice President of Marketing and Public Relations for Episcopal Retirement Services (ERS). Bryan is responsible for developing and implementing ERS' digital marketing strategy, and overseeing the website, social media outlets, audio and video content and online advertising. After originally attending The Ohio State University, he graduated from the College-Conservatory of Music at the University of Cincinnati, where he earned a Bachelor of fine arts focused on electronic media. Bryan loves to share his passion for technology by assisting older adults with their computer and mobile devices. He has taught several classes within ERS communities as well as at the Osher Lifelong Learning Institute run by the University of Cincinnati. He also participates on the Technology Team at ERS to help provide direction. Bryan and his wife Krista currently reside in Lebanon, Ohio with their 5 children.
Marjorie P Lee dementia Senior Life

How to Help an Elderly Loved One Who's Depressed