Get to Know 3 Fascinating ERS Board Members, Part II

Back in May, we introduced you to three of our newest Episcopal Retirement Services (ERS) Board members. And we were pleasantly surprised to learn just how many of you were interested in getting to know the caring people driving innovation in Tristate retirement care.

As our Chair, Robin Smith, recently noted, “The all-volunteer ERS Board brings incredible skills and experience to support the mission and strategic direction.”

“All would say that they get more from being a part of ERS than they give,” she added.

We’d like to make this column a regular series, and introduce you to more of the fascinating people who are helping to make dignified, person-centered senior care the standard in Cincinnati and beyond.

So, without further ado, here are three more elder care leaders we think you’ll be interested in getting to know. 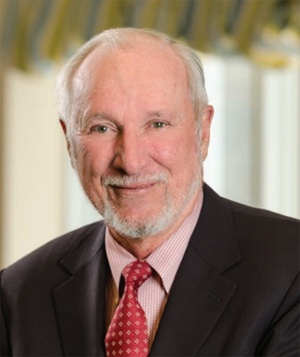 One of our newest members, Tom Cooper is a former managing partner of the accounting and consulting firm Potter & Co., LLC (which subsequently merged into Blue & Co., LLC).

Cooper is a tax expert, and he’s put that knowledge to use as an important matter of ERS’s Finance Committee. He joined the ERS Board in October of last year, following our affiliation with Louisville’s Episcopal Church Home (ECH), which he also served as a board member.

He’s a past president of the Kentucky Society of CPAs, and received that organization’s Distinguished Service Award. He previously served on the board of directors for the American Institute of CPAs and was president of its benevolent foundation.

Cooper grew up in the Louisville area, where his family belonged to the Episcopal Church. His mother was a long-time volunteer at ECH, and she lived there in her later years.

As his own career wound down, Cooper said, he decided to honor his mother’s legacy of service by volunteering on the ECH Board.

“ECH has enjoyed a stellar reputation in the community,” he explained. “Being able to keep that reputation going is my primary interest.“ 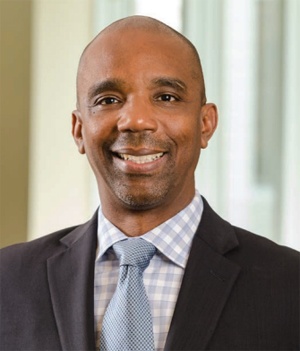 Albert Smitherman comes from a family of high achievers.

His father, Dr. Herbert Smitherman, was a pioneering Procter & Gamble chemist and, for nearly 30 years, helped to develop many of that company’s most prized, patented formulas.

His brother, Christopher, is three-term Cincinnati City Councilman and former president of the Cincinnati chapter of the NAACP.

But Albert Smitherman has been a success in his own right. He is the President and CEO of Jostin Concrete, a multi-million-dollar concrete pouring and construction management company.

He said that the most rewarding part of volunteering with ERS has been, “becoming an overall better person and manager. I’m learning about people and my own leadership skills.”

In addition to his service with ERS, Smitherman serves on the executive and facilities committees for Bethany House (a Cincinnati women’s shelter) and on the Christ Hospital Foundation board.

On Wednesday nights, he said, you might find him out on a date night with his wife, Liza. Most Saturdays, though, you’ll find him visiting with a good friend who is in residential memory care. 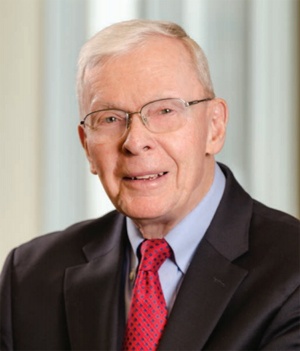 A resident of our flagship Deupree House retirement community in Hyde Park, Tom Ottenjohn is a Korean War-era veteran and retired financial services broker. He served as the director of research for Hill & Co., which later merged with Morgan Stanley.

He has stayed active in retirement: he is an advisor to and past president of the Deupree House Residence Council, and now serves on the ERS Board as an Alternate Resident Representative.

He and his wife, Adelaide, moved to Deupree House in 2011, after she was diagnosed with Alzheimer’s disease. She now resides in our Marjorie P. Lee memory care center, which is conveniently also in Hyde Park, and Ottenjohn visits her regularly there. The couple raised three children and have 11 grandchildren.

The most rewarding part of volunteering with ERS is “serving with other Board members,” Ottenjohn said. “The organization is outstanding.”

By
Bryan Reynolds
Bryan Reynolds is the Vice President of Marketing and Public Relations for Episcopal Retirement Services (ERS). Bryan is responsible for developing and implementing ERS' digital marketing strategy, and overseeing the website, social media outlets, audio and video content and online advertising. After originally attending The Ohio State University, he graduated from the College-Conservatory of Music at the University of Cincinnati, where he earned a Bachelor of fine arts focused on electronic media. Bryan loves to share his passion for technology by assisting older adults with their computer and mobile devices. He has taught several classes within ERS communities as well as at the Osher Lifelong Learning Institute run by the University of Cincinnati. He also participates on the Technology Team at ERS to help provide direction. Bryan and his wife Krista currently reside in Lebanon, Ohio with their 5 children.
Episcopal Retirement Homes Senior Homes Episcopal Retirement Services making a difference