We Can Do Better: A Letter From ERS P...

This year, Episcopal Retirement Services was pleased to welcome three new faces to its Board, bringing with them very different backgrounds and areas of expertise but one shared vision: to improve the lives of older adults.

Today, we’re pleased to introduce to you Dora Anim, Gerron L. McKnight, and Barbara Talbot, all serving their first term on the Board. 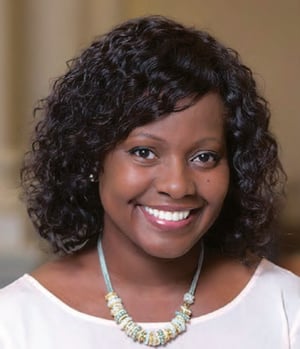 As the chief operating officer of the Greater Cincinnati Foundation (GCF), Anim’s areas of expertise include strategic planning and change improvement.

She first met ERS CEO Laura Lamb during Anim’s previous time at The Health Collaborative, and Lamb told Anim she had a spot on the board after she moved to her current role at GCF. She was excited to learn more about ERS, felt she could be helpful to the organization and help make it a resource for the entire community.

She says the most rewarding part of serving on the board is building relationships and learning the process of the business.

“I’m impressed with the culture of ERS,” she says. “Residents say they’re well taken care of, and they like having independence.”

When she’s not working or serving on the board, Anim spends her free time cooking, traveling and reading.

McKnight advises the ERS board on human resources, contract issues, diversity and inclusion initiatives and mentoring. And he’s well-suited for that role, as the Labor and Employment Counsel, Chair of the Diversity and Inclusion Council at The Christ Hospital Health Network.

He says he wanted to volunteer for the board because he’s been working on alleviating poverty and providing opportunities for the less fortunate since high school.

“I was impressed with the inclusion work for those with Alzheimer’s disease and dementia,” he says. And the most rewarding part of his service, he says, is “hearing firsthand how truly grateful residents are for their homes, the services we provide, and their ERS family.”

McKnight is also a member of the Board of Trustees of Cincinnati Works; the Cincinnati Works YP Board; the Concours d’Elegance Advisory Board; and the Executive Team of the Professional Leadership Network. For his career and community accomplishments, he was named a Forty Under 40 winner by the Cincinnati Business Courier this year.

When he needs to relax and unwind, McKnight’s favorite spot is The Hannaford bar in Covington, in which he has a small ownership stake. 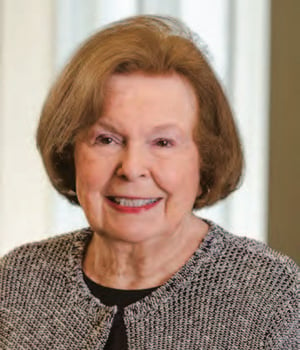 ERS’s board also includes residents of ERS communities. One of those residents is Barbara Talbot, who has lived at Deupree House for four years and served as resident council chairwoman in 2017.

She wanted to volunteer for the board to be both a voice to the board members and to the residents, so each party can gain a better understanding of the other.

Before she retired, Talbot was the Deputy Director of Income Development and Area Executive Director of American Cancer Society (ACS) Florida. She helped establish an annual tennis Calcutta (funded on donations alone), which raised $2.5 million over 10 years for the ACS. She was also chosen as one of Greater Miami’s outstanding young women. Her areas of expertise include recruiting, training and motivating volunteers.

When she’s not busy with board activities, Talbot enjoys participating in Deupree House activities, working on The New York Times Sunday crossword and reading.

The Board is currently exploring new approaches to delivering the ERS mission while maintaining its commitment to continuing care retirement communities and affordable living communities in the Cincinnati and Louisville regions. It plans to perform a competitive analysis, benchmark other institutions, and receive input from key stakeholders. We’re fortunate to have Anim, McKnight, and Talbot on board to help us shape the future of ERS.

By
Kristin Davenport
Kristin Davenport is the Director of Communications for Episcopal Retirement Services (ERS). Kristin leads ERS’s efforts to share stories that delight and inspire through social media, online content, annual reports, magazines, newsletters, public relations, and events. Kristin earned her BFA in graphic design from Wittenberg University. She joined ERS after a 25-year career as a visual journalist and creative director in Cincinnati. Kristin is passionate about making Cincinnati a dementia-inclusive city. She is a Lead SAIDO Learning Supporter and a member of the ‘Refresh Your Soul’ conference planning team at ERS. Kristin and her husband Alex, live in Lebanon, Ohio with their 2 daughters. She also serves as a Trustee and the President of the Lebanon Food Pantry and is a board member for ArtScape Lebanon.
continuing care retirement community Episcopal Retirement Services Affordable Living making a difference

Registration is open for Refresh Your Soul 2019: Living Well with Purpose