It can be disconcerting to realize you have a gap in your memory or to notice it in someone you love.

That’s because the first thing most people think of when they notice an older person is having difficulty remembering things is probably Alzheimer’s disease — especially given the relatively high profile the disease has had over the past several decades.

For some seniors and even some middle-aged adults, new-onset Alzheimer’s is indeed found to be the culprit. But memory loss can be caused by a lot of things — particularly as one ages. And not all of them are permanent, or even incurable.

Here are the top seven causes of memory loss in seniors and what to do about them:

This isn’t Alzheimer’s dementia. This is just due to normal aging. As we get older, more of our cells (neurons included) die off than reproduce by mitosis. Our bodies (and our brain tissues) shrink. Eventually, the memory begins to lapse. That’s an inevitability.

Age-related dementia is treatable because lifelong learning, memory care therapy, physical activity, and socialization can all slow down its progress. But it isn’t curable and, unless humans one day learn to stop the aging process, is going to remain so.

Sudden, profound memory loss in a senior — especially if accompanied by other symptoms like one-sided paralysis, one-sided facial droop, hearing loss, sudden confusion or disorientation, or loss of consciousness — can be strongly indicative of a stroke.

Also known as a cerebrovascular accident, or a “CVA,” a stroke is a sudden situation in which a part of the brain is suddenly subjected to a loss of blood supply and, thus, its oxygen. It can happen in any of several ways:

If the aneurysm bursts, it causes heavy bleeding. Tissue downstream of the leak dies and so does tissue surrounding the leak when it is subjected to increased fluid pressure from the accumulating blood.

Stroke symptoms typically come suddenly. A person may go to bed feeling normal and wake up acting or appearing profoundly different the next morning. The difference can even be minute-to-minute.

If you notice a sudden, large change in your older loved one’s behavior, memory, or appearance, don’t hesitate — call 911.

Strokes can be deadly, devastating, life-changing, or mild and fully recoverable. There’s no way to tell up front, but you can improve your loved one’s chances by acting quickly. He or she should be seen in the emergency room. 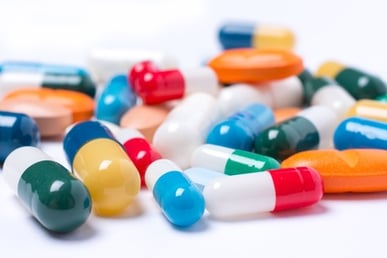 
A lot of seniors take several daily medications and/or supplements. A person might, for example, take an antihypertensive for her high blood pressure, an antidepressant for a mood disorder, a daily NSAID for joint pain, a multivitamin and an antihistamine for seasonal allergies.

Sometimes, those substances don’t all play nicely with each other. They can interact in unintended ways and cause strange, sometimes dangerous symptoms, including memory loss.

The good news is that the damage is rarely permanent and easily reversed by adjusting the medication regimen, either by substituting medications or changing dosage schedules.

A concussion (traumatic brain injury, or “TBI”) isn’t a crack in the skull, as is commonly believed. It’s a brain bruise. A blow to the head can cause bruising to your brain tissue, just as a direct blow can cause visible bruising anywhere else on your body.

Bruises are collections of leaked blood. If enough collects in your brain, it can put enough pressure on your brain tissue to cut off the supply of oxygenated blood, causing a follow-on stroke.

TBIs can cause memory loss. If you notice a sudden change in your older loved one’s mental status, and suspect that he or she may have fallen, again, don’t hesitate. Call 911 or go straight to the emergency room.

Depression is known to cause sluggish thinking, difficulty with recall and even memory loss. Again, this is typically treatable, and reversible.

If your senior loved one is diagnosed with clinical depression, his or her doctor (or psychiatrist) might prescribe an antidepressant. Cognitive therapy, participation in a support group, or even increased socialization with family and friends can help your loved one recover.

Most of us become a little more forgetful when we’re tired. In seniors, the effect can be highly noticeable. No worries here —most of the time, a good night’s sleep or a nice nap will refresh your senior relative’s energy and memory.

On the other hand, if your loved one’s fatigue is chronic, there may be a more serious issue going on. Joint or back pain, sleep apnea, depression, anxiety, medication reactions, dementia and even diseases like cancer can cause chronic insomnia.

If your older relative exhibits chronic sleeplessness or fatigue, he or she should see the doctor.

These conditions are age-associated (seniors are typically the ones who develop them), but not necessarily caused by aging.

Lewy body dementia is caused by the buildup of Lewy body proteins along the brain’s neural pathways. Alzheimer’s and Parkinson’s may, in some cases, be caused by similar processes—but not always. And the whole range of causes isn’t yet well understood.

More funding is needed to understand the causes of insidious dementias, to develop reliable treatments, and to discover a cure or means of preventing them.


There are many more causes of memory loss than are listed here.

Remember, though, that if the changes are profound and sudden (occurring over 24 or fewer hours), he or she should be seen immediately in the emergency room. Don’t wait — time could be a crucial factor in your relative’s survival and recovery.

By
Kristin Davenport
Kristin Davenport is the Director of Communications for Episcopal Retirement Services (ERS). Kristin leads ERS’s efforts to share stories that delight and inspire through social media, online content, annual reports, magazines, newsletters, public relations, and events. Kristin earned her BFA in graphic design from Wittenberg University. She joined ERS after a 25-year career as a visual journalist and creative director in Cincinnati. Kristin is passionate about making Cincinnati a dementia-inclusive city. She is a Lead SAIDO Learning Supporter and a member of the ‘Refresh Your Soul’ conference planning team at ERS. Kristin and her husband Alex, live in Lebanon, Ohio with their 2 daughters. She also serves as a Trustee and the President of the Lebanon Food Pantry and is a board member for ArtScape Lebanon.
Alzheimer's dementia depression stroke Memory Loss

When You Need to Worry About Sudden Memory Loss