How Frequently Is Dementia Misdiagnosed?

How Frequently Is Dementia Misdiagnosed? 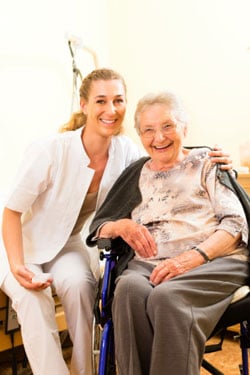 Though cognitive disorders like Parkinson's disease and Alzheimer's disease are commonly encountered in senior health care, dementia is nonetheless difficult to diagnose. Often, dementia is a diagnosis of last resort, once more acute conditions like strokes or chemical imbalances have been ruled out.

So why is dementia difficult to figure out? Why are there so few treatments, other than assisted care?

For one thing, there are so many causes of dementia symptoms that the exact disease process at play in any given patient can be hard for doctors to categorize. The central nervous system is quite complicated and still not well understood, compared to other systems of the body. Furthermore, there are many non-degenerative conditions that can affect the brain and mimic the signs of cognitive disorder.

"Dementia" isn't a disease. It's a set of symptoms.

When a doctor states that a person is "demented," it just means that the patient's brain is not functioning normally. The cognitive aspects of a person's mind— higher reasoning, memory, communication skills and sensory information processing— are impaired.

There can be many reasons for the impairment, some temporary and some permanent.

Some of the great imposters of mental decline are adverse drug interactions and unintentional drug overdoses.  Many seniors take several daily medications for the management of ongoing conditions, such as heart disease, chronic pain and depression. It has been estimated that the average American senior takes 6 medications a day— more than enough to qualify as being in a "polypharmacy" status.

Polypharmacy, or the regular and simultaneous use of 5 or more medications, supplements and/or vitamins, is in and of itself a disease condition.

Medications can react with one another in strange ways, and because different individuals have unique metabolic characteristics, these reactions can be hard to predict. Often, they are identified only by presenting symptoms and once one or more drugs have been eliminated from a patient's medication regimen and the patient has been observed to improve.

Some of the symptoms of polypharmacy-induced drug interactions appear very much like those of new-onset dementia:

Seniors are also somewhat notorious for medication noncompliance or for mixing up their various medications. Failing to take a drug as prescribed or accidentally taking too much of a medication can cause serious cognitive impairment and, in many cases, lead to a hospital stay.

Strokes and TIAs can cause dementia-like symptoms, too.

A stroke is a blood loss to a portion of the brain that causes that tissue to stop functioning properly and, if not caught early and treated, possibly die.

There are several known causes for stroke. Blood clots which form or travel to the brain can choke off blood supply when they block a blood vessel. A rip, or hemorrhage, in the wall of a blood vessel can cause massive blood loss to one area and simultaneously put too much pressure on other areas of the brain. Or, high blood pressure or inflammatory processes can cause the brain to swell against the skull, also choking off blood supply to some areas.

Less deadly than a large, acute stroke are Transient Ischemic Attacks (TIAs). Also called "mini-strokes," or "warning strokes," these are clots that form or move through the brain and only temporarily block off blood flow. They typically last five minutes or less and cause no permanent damage, but repeated episodes of mini-strokes can lead to long-term cumulative damage.

The damaged areas are called infarcts— areas in which blood does not perfuse well through the brain tissue, thus depriving those areas of enough oxygen. The affected brain tissues are left weakened and they begin to shrink— a process called "atrophy." The atrophy of brain tissue in and of itself causes dementia symptoms.

Sometimes doctors know there's a degenerative brain disease at work, but they misdiagnose the type.

In addition to cognitive disorders like Alzheimer's, there are lesser-known diseases like Lewy body dementia (LBD) which are oft mistaken for their well-publicized cousins. This is because the dementia-spectrum symptoms are roughly the same. It is chronically underdiagnosed and misdiagnosed, even though LBD is thought to be the second-most common cause of degenerative cognitive disorder, with an estimated 1.3 million sufferers nationwide.

Unlike Alzheimer's, which may be caused by the build up of beta-amyloid plaques in the brain, LBD is characterized by an excess of alpha-synuclein proteins, which also form deposits that can look like amyloid plaque lesions on MRI scans.

Unfortunately, drugs that are used to slow the advance of Alzheimer's or Parkinson's are not necessarily effective against Lewy body dementia. In fact, they may be harmful in LBD sufferers, because these patients often have bad reactions to them.

Better tests and better treatment protocols are needed. According to Honolulu-based researcher Dr. Lon White, who led a study on cognitive disorders that found over half of patients with an Alzheimer's diagnosis may in fact be suffering from other dementia types, misdiagnosis is more common the older a patient is at symptom onset.

“Diagnosing specific dementias in people who are very old is complex, but with the large increase in dementia cases expected within the next 10 years in the United States, it will be increasingly important to correctly recognize, diagnose, prevent and treat age-related cognitive decline,” White said.

As Baby Boomers reach the elderly stage of life, senior health care providers need to be able to catch dementia symptoms, properly diagnose their cause and begin early treatment to blunt the expected spike in the number of cases.

The hope is that, if memory care and other supportive efforts are undertaken earlier, seniors suffering from new-onset dementia may be able to delay the need for assisted care, preserve their quality of life and stay independent longer.

By
Bryan Reynolds
Bryan Reynolds is the Vice President of Marketing and Public Relations for Episcopal Retirement Services (ERS). Bryan is responsible for developing and implementing ERS' digital marketing strategy, and overseeing the website, social media outlets, audio and video content and online advertising. After originally attending The Ohio State University, he graduated from the College-Conservatory of Music at the University of Cincinnati, where he earned a Bachelor of fine arts focused on electronic media. Bryan loves to share his passion for technology by assisting older adults with their computer and mobile devices. He has taught several classes within ERS communities as well as at the Osher Lifelong Learning Institute run by the University of Cincinnati. He also participates on the Technology Team at ERS to help provide direction. Bryan and his wife Krista currently reside in Lebanon, Ohio with their 5 children.
dementia senior healthcare assisted care cognitive disorders memory care

A Closer Look at Person-Centered Care

What Is Lifelong Learning? And Why Should I Care?