You Can Avoid This Major Pitfall of Senior Life

You Can Avoid This Major Pitfall of Senior Life 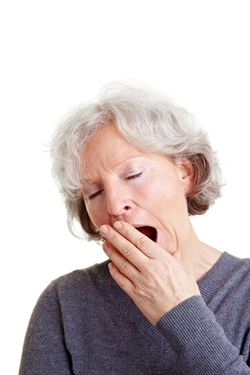 It's a commonly believed "fact" of senior life that as we age, we need less sleep. But that's not always the case. Because many seniors have difficulty falling and staying asleep, a good night's sleep often becomes more elusive as we age. Sometimes the answer is a change in sleeping conditions— a new bed, a sleep mask or less light or noise. And medical intervention is to be expected for more advanced cases of insomnia. But there's another element that's often overlooked— our diet.

The foods we eat can either facilitate good sleep or prevent us from getting that high-quality sleep we crave.

Let's look at some of the foods to avoid before bedtime.

Anything with Unexpected Caffeine

While it's common sense to avoid chugging a massive cup of coffee before you retire for the evening, caffeine is found in a number of different places. Though less caffeinated than your regular cup of joe, decaf coffee still contains significant amounts of the stimulant.

Chocolate, particularly dark chocolate, is another culprit as caffeine naturally occurs in the cacao beans used to make your favorite candies and cocoas.

Flavored bottled water is also commonly infused with caffeine. Seniors as a rule should carefully examine the label of any food item marketed with words such as "energy" or "boost." These products are typically spiked with caffeine and other additives that may leave you jittery, restless and running a sleep deficit.

For some of us, this might sound counter-intuitive. After all, alcohol relaxes people and works as a central nervous system depressant. But while alcohol may help you drift off, it is likely to seriously affect the quality of sleep you experience. A drink before bed may grease the wheel of sleep, but that glass of vino also makes it far more likely you'll wake up again in the middle of the night.

This kind of repetitive sleep disruption will leave you exhausted in the morning, so drinks (or foods) with significant amounts of alcohol are to be avoided.

Yes, we know— it's hard to forego bacon. Few foods are more delicious, and that fatty, chewy, succulent slice of porky goodness makes a perfect late-night snack. But foods such as bacon and sausage contain tyramine, a substance that can have stimulant-like effects on the brain. While bacon or sausage won't have the same dramatic impact as caffeine or alcohol, it may have a more subtle effect that is still best avoided.

It's commonly believed that a large, fatty meal makes us groggy. And it often does. But let's not confuse grogginess with sleep, or even a precursor to good sleep. Fatty foods and large meals have a dramatic impact on the gastrointestinal system. Frequent nighttime trips to the bathroom are a common fact of senior life, and these trips often disrupt the sleep cycle. Throwing your digestive system into chaos with a huge serving of fat, protein and carbs prior to bed is likely to make the disruption even greater.

For some of us, spicy foods are a way of life. But it's best to put down the Tabasco in the hours before bed. Much like fatty foods, anything we cook with excessive heat is likely to wreak havoc on our digestion. Additionally, spicy foods are a prime cause of heartburn, a condition that will ruin anyone's ability to sleep soundly.

It may sound like common sense, but we often don't realize just how much water or liquid we consume in the hours before we retire to bed. If you find yourself making far too many midnight trips to the bathroom, monitor just how much you're drinking right before bed.

Frequent insomnia doesn't have to be a fact of senior life. Follow these smart guidelines and you may find yourself sleeping more soundly.

By
Bryan Reynolds
Bryan Reynolds is the Vice President of Marketing and Public Relations for Episcopal Retirement Services (ERS). Bryan is responsible for developing and implementing ERS' digital marketing strategy, and overseeing the website, social media outlets, audio and video content and online advertising. After originally attending The Ohio State University, he graduated from the College-Conservatory of Music at the University of Cincinnati, where he earned a Bachelor of fine arts focused on electronic media. Bryan loves to share his passion for technology by assisting older adults with their computer and mobile devices. He has taught several classes within ERS communities as well as at the Osher Lifelong Learning Institute run by the University of Cincinnati. He also participates on the Technology Team at ERS to help provide direction. Bryan and his wife Krista currently reside in Lebanon, Ohio with their 5 children.
healthy eating total wellness Senior Life senior healthcare senior health health tips for seniors