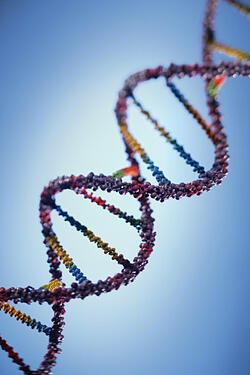 The old wisdom surrounding brain fitness for seniors can best be summed up with the maxim— use it or lose it. To stay sharp, seniors were told that they must continually work to improve brain plasticity through lifestyle habits, exercise and environment.

However, new strides are being made in medical science.

Compounding research suggests that genetic history plays an elemental role in understanding dementia-type conditions affect senior healthcare. Researchers suggest that if prevention of Alzheimer's is to ever exist that intervening in earlier stages of life is key.

Dr. Pierre Tariot of the Banner Alzheimer's Institute, who has been studying new frontiers in brain health for over 20 years, leads this new charge in brain fitness for seniors.

His current research highlights the need for presymptomatic treatment perspectives. As part of a recent Alzheimer's research initiative, Tariot says that discovering genetic markers shared by high risk family members can help health practitioners learn how to develop the most appropriate preventive interventions.

Right now, studies have been focusing on persons carrying two copies of the gene APOE-e4, but no symptoms of Alzheimer’s for early intervention trials.

Working to Improve Brain Fitness Now and At Any Age

Genetic expression can be largely dependent on what we expose ourselves to. From our dietary choices to our relationships to where we live and how much exercise we pursue— all are factors which collectively affect our neural plasticity.

We can learn how to improve brain fitness for our loved ones by taking a cue from the following:

Compounding research highlighted by The National Institute of Health's Clinical Interventions in Aging suggests that adding omega-3 rich foods as early as possible during one's lifetime improves cognitive status and may assist in the prevention of neural health concerns such as Alzheimer's. Of particular interest is the omega-3 component, DHA.

This compound may be the major player that affects genetic status (particularly the abovementioned APOE-e4). Continued research is aimed at discovering which stage of the disease DHA may be an effective treatment.

So, if brain fitness is a concern for you or your parents, opting for foods that are rich in omega-3 such as wild salmon, eggs, hemp seed, anchovies, herring, wild shrimp and crab may be one way to stem cognitive decline.

As an added, bonus, these fatty fish are also high in vitamin D— another brain booster.

The Journals of Gerontology concluded a 7 year study which showed that lowered levels of vitamin D contributed to cognitive decline and that increased levels were associated with decreased risk of Alzheimer's.

High sugar diets and excessive grain intake can lead to insulin resistance which can be damaging to the brain as it leads to inflammation.

Choose low glycemic fruits and vegetables for snacks whenever possible such as cherries, grapefruit, asparagus, broccoli and celery.

Exercise is, as many senior healthcare experts have said, one of the best things you can do for your health—mental, physical, and emotional.

15-30 minutes of exercise per day is ideal, and skip the ipod so that you can take in your surroundings. A brain on autopilot has no chance of developing new neural connections while one that is surprised by trees, flowers and scenery on a walk is rewarded by this awareness.

A 2012 study in the Archives of Neurology suggests that cognitive inactivity is one of the largest lifestyle risk factors contributing to developing Alzheimer's and may result in amyloid deposition.

Stop decline before it starts by engaging loved ones in stimulating activities:

The senior care choices you make can help stall the symptoms of dementia and Alzheimer's at its earliest onset. So be sure you choose a place which fosters a stimulating environment with programs that engage active brain fitness for seniors.

By
Bryan Reynolds
Bryan Reynolds is the Vice President of Marketing and Public Relations for Episcopal Retirement Services (ERS). Bryan is responsible for developing and implementing ERS' digital marketing strategy, and overseeing the website, social media outlets, audio and video content and online advertising. After originally attending The Ohio State University, he graduated from the College-Conservatory of Music at the University of Cincinnati, where he earned a Bachelor of fine arts focused on electronic media. Bryan loves to share his passion for technology by assisting older adults with their computer and mobile devices. He has taught several classes within ERS communities as well as at the Osher Lifelong Learning Institute run by the University of Cincinnati. He also participates on the Technology Team at ERS to help provide direction. Bryan and his wife Krista currently reside in Lebanon, Ohio with their 5 children.
senior healthcare brain fitness Alzheimers

Recognize Signs of a Bad Eldercare Choice Before It's Too Late