It's Never Too Early to Screen for Alzheimer's Disease & Dementia

It's Never Too Early to Screen for Alzheimer's Disease & Dementia

It's Never Too Early to Screen for Al... 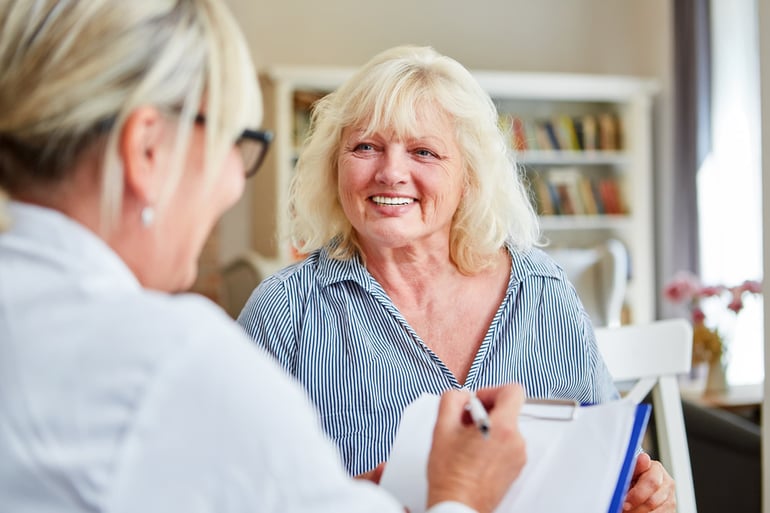 Do you worry that you or a loved one have a memory problem but are unsure if it is too early to screen for Alzheimer’s disease or dementia? You may be surprised to learn it is never too early for older adults to undergo screening for memory problems.

Do doctors routinely screen for Alzheimer’s disease or other forms of dementia?

A routine assessment of cognitive impairment is the cornerstone of early detection. But many doctors do not perform this assessment during a routine exam – and many patients do not ask for it, either because they don’t know this type of assessment exists or they are afraid of being diagnosed with early-stage dementia. A special report by the Alzheimer’s Association shows only 16 percent of older adults said cognitive assessments were part of their routine wellness visit, yet 82 percent said they believe having their thinking and memory checked is essential.

While there is no cure for Alzheimer’s disease and many other types of dementia, early diagnosis gives patients and their families time to adjust to the diagnosis, learn about dementia, arrange for memory care, and plan for the future. Early detection gives patients access to resources and supports to help them as the disease progresses. An early diagnosis can also lead to earlier treatment. Early treatment and memory care can reduce symptoms and improve the patient’s quality of life.

What to Expect During Alzheimer’s Disease and Dementia Screening

To schedule a screening, consult with your doctor. A general practitioner can do preliminary screening tests to assess cognitive function, which is the ability to learn, think, reason, remember, solve problems, make decisions, and pay attention.

During the assessment, the doctor will review the patient’s medical history, including psychiatric history and any history of cognitive or behavioral changes. The doctor will also ask whether the patient has family members who may have had Alzheimer’s disease or other forms of dementia.

The doctor will perform a medical workup, checking the patient’s vital signs and listening to their heart and lungs. The healthcare provider will review the patient's medications, as some can affect behavior and thinking.

The practitioner may also order laboratory blood and urine tests to rule out other conditions that mimic dementia. These conditions include depression, delirium, thyroid problems, untreated sleep apnea, side effects of medications, certain vitamin deficiencies, and excessive alcohol consumption.

The doctor will ask questions about the patient’s symptoms, such as when they began, how often they occur, and whether they have worsened. The physician may perform a neurological exam to test reflexes, coordination and muscle strength, eye movement, speech and sensations. The practitioner may perform mental cognitive status tests to determine if the patient is aware of symptoms, can remember a short list of words, and knows the date, time, and location. A number of these cognitive status tests exist, including:

Early screening may include brain imaging with magnetic resonance imaging (MRI) or computed tomography (CT) to rule out other conditions that can cause symptoms similar to Alzheimer’s disease. Brain imaging can reveal tumors, damage from severe head trauma, evidence of strokes, or fluid buildup in the brain. In some cases, doctors may use brain imaging to detect the presence of high levels of beta-amyloid, which is a hallmark of Alzheimer’s disease.

For more information on early screening for Alzheimer’s disease or other forms of dementia, speak with your doctor. Screening is fast and easy and involves tests that are painless and non-invasive. Early detection can help you and your family meet the challenges of dementia and improve your loved one’s outlook.

Are you or a loved one researching residential memory care in Cincinnati? Contact Marjorie P. Lee to learn more about our premier retirement community or schedule a tour.

By
Kristin Davenport
Kristin Davenport is the Director of Communications for Episcopal Retirement Services (ERS). Kristin leads ERS’s efforts to share stories that delight and inspire through social media, online content, annual reports, magazines, newsletters, public relations, and events. Kristin earned her BFA in graphic design from Wittenberg University. She joined ERS in 2014 after a 25-year career as a visual journalist and creative director with American City Business Journals. Her role at ERS has ignited her passion for making Cincinnati a dementia-inclusive city, and she spends time with residents as a SAIDO® Learning lead supporter. Kristin is the executive producer and co-host of the Linkage Podcast for ERS. Kristin and her husband Alex live in Lebanon, Ohio, with their two daughters. She also serves as a Trustee and the President of the Lebanon Food Pantry and is a board member for ArtScape Lebanon, where she teaches painting and has an art studio, Indium Art.
dementia memory care

How Dementia Caregivers Can Take Care of Themselves, Too