What Is the Blue Zones Diet?

What Is the Blue Zones Diet? 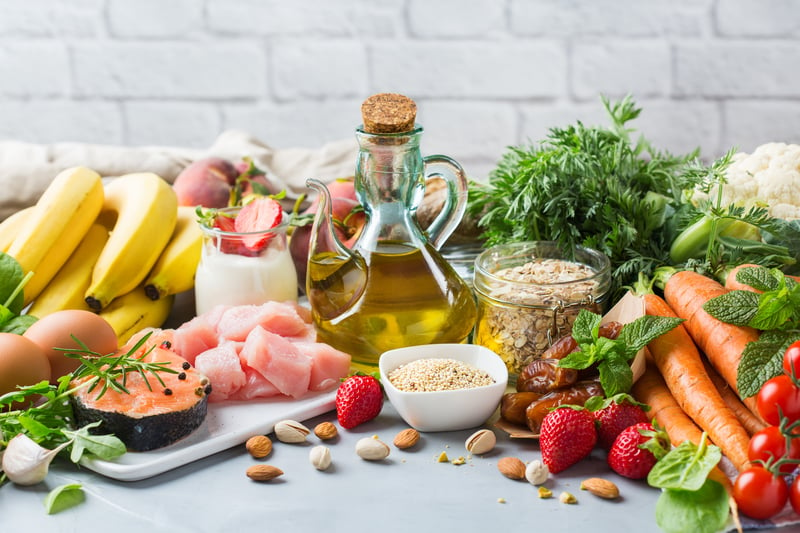 It seems like there’s a new kind of diet every time you turn around. However, one that has garnered lots of media attention is the Blue Zones Diet. This diet plan was created by researchers who analyzed the world’s longest-living populations to see how they lived and what they ate. Many of the individuals who inspired the Blue Zones Diet have lived to be over 100 years old, hence this regimen is often associated with healthy aging and overall wellbeing.

The Blue Zones Diet was going to featured at the Refresh Your Soul 2020 Conference by Blue Zones researcher and keynote speaker Nick Buettner. This event was unfortunately canceled due to concerns about the spread of COVID-19. However, Episcopal Retirement Services and Deupree House believe that the Blue Zones Diet is more important than ever given that seniors and their families are looking for ways to stay healthy and well.

For those who had tickets to Refresh Your Soul, Nick Buettner has this important message:

"I applaud the leadership for having the forethought to cancel the conference a few weeks ago. It is better for us to be safe! Though disappointed I did not get a chance to share my story, I know there will be a second chance for us to meet soon. In the meantime, we need to think about the positive. In this time of socially isolating ourselves, this is a great opportunity for us to focus on our family. To build, rebuild, or strengthen these vital relationships through spending quality time being present together. Be safe and I look forward to meeting everyone soon."
Now, let's learn more about the Blue Zones Diet and how it supports positive aging.

What are the Blue Zones?

The Blue Zones are cities and areas of the world whose populations have the longest lifespans. There are five locations termed “blue zones”: Okinawa, Japan; Sardinia, Italy; Nicoya, Costa Rica; Loma Linda, California, and Ikaria, Greece. According to demographic research, people in these regions share nine different lifestyle habits, including moving naturally, living with purpose and putting loved ones first. They also found that the long-living, healthy people in these regions shared similar food guidelines. These guidelines have become the foundation of the Blue Zones Diet.

Elements of the Blue Zones Diet

Blue Zones researchers found that people in those areas ate very, very little meat. At most, they ate about 2 ounces or less, no more than five times per month. They primarily use it as a celebratory food or to flavor their dishes.

Similarly, cow’s milk is very rarely found on the menu for people in the Blue Zones. They might have sheep or goat’s milk, but typically not as a liquid. The milk is usually fermented into sour cream, yogurt or cheese.

As with most health-conscious ways of eating, people in Blue Zones eat a very small amount of added sugar. Perhaps surprisingly, they often consume the same amount of natural sugar as people across North America, but they consume less than seven teaspoons of added sugar a day. This is about one-fifth of what North Americans consume.

Nuts are a very popular snack for people in the Blue Zones. Most of them will eat two handfuls of nuts throughout the day, every day. These nuts can be a mix of almonds, Brazil nuts, peanuts, cashews, and walnuts. Mixing them together is a great way to consume a variety of nutrients.

Not surprisingly, Blue Zone people drink mostly water: at least seven cups per day. They avoid soda of all kinds (yes, even diet), but they do drink lots of tea, coffee and a moderate amount of wine.

Beans are the core of the Blue Zones diet, with the recommendation to eat at least a half cup of cooked beans daily. People in the Blue Zones eat four times as many beans as typical Americans do, and they’re an easily-accessible superfood. They’re a good source of protein, are made up of complex carbohydrates and have a small amount of fat.

8. Eat Whole Foods and be Plant-Based

Overall, the focus of the Blue Zones Diet is to eat about 95% plant-based foods that are almost entirely whole. In general, Blue Zones people will eat a whole egg, not just the white. They’ll also avoid processed foods or anything that has too many ingredients.

How Does the Blue Zones Diet Affect Aging?

Many aspects of the Blue Zones Diet, like decreasing sugar intake, drinking more water, and even adding something like green tea to your diet have been shown to improve aging. Beyond that, the thought is that since people in the Blue Zones overwhelmingly live a long time, there must be a secret to longevity and healthy aging in their lifestyles.

We at Deupree House take balanced nutrition and healthy aging seriously. Visit our website to learn more about our dining services. If you have specific questions, we invite you to fill out our information request form.

By
Kristin Davenport
Kristin Davenport is the Director of Communications for Episcopal Retirement Services (ERS). Kristin leads ERS’s efforts to share stories that delight and inspire through social media, online content, annual reports, magazines, newsletters, public relations, and events. Kristin earned her BFA in graphic design from Wittenberg University. She joined ERS after a 25-year career as a visual journalist and creative director in Cincinnati. Kristin is passionate about making Cincinnati a dementia-inclusive city. She is a Lead SAIDO Learning Supporter and a member of the ‘Refresh Your Soul’ conference planning team at ERS. Kristin and her husband Alex, live in Lebanon, Ohio with their 2 daughters. She also serves as a Trustee and the President of the Lebanon Food Pantry and is a board member for ArtScape Lebanon.
senior health Blue Zones diet

The Novel Coronavirus: How Seniors Can Stay Safe & Healthy While Traveling Abroad