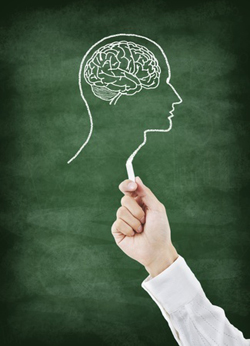 Stroke is one of today’s leading causes of death, fourth in the United States, but it’s one of the least discussed and recognizable health conditions for one of the highest risk populations—women.

Stroke is the third leading cause of death among women, but a recently conducted study has revealed that 1 in 5 women in the U.S. could not identify a single sign of stroke, and only 51% recognized some of the more predominant signs.

As Cincinnati retirement communities change and evolve, health and wellness initiatives must respond to critical issues like these. To ensure the health of their residents, communities must teach them the importance of understanding what a stroke is, what the signs are, what can be done prevent them, and how to react if a stroke is happening either to themselves or to a friend.

What is a Stroke?

Simply a put, a stroke is a kind of “brain attack” where blood flow to the brain is interrupted in 1 of 2 ways.

In either case, the cells surrounding the blood vessel or artery begin to die due to the lack of oxygen and vital nutrients, causing damage to the brain.

What are the Signs of Stroke?

As a stroke is a severe brain injury, those being affected by one may not even know they are in the midst of an attack. To those around them, they may appear confused or unsure of their surroundings. One of the most important and necessary steps to saving a life and keeping damage to a minimum is not just recognizing someone is having a stroke, but reacting quickly.

Stroke symptoms happen fast, making their appearance that much more apparent if those around the person having one understands what’s happening.

It’s important to understand that stroke symptoms have sudden onset, so they would likely be recognizably aberrant behavior—  even in the case of more subtle symptoms like vision problems and severe headache.

If your loved ones smoke or suffer from a chronic condition like high blood pressure, heart disease, diabetes, high cholesterol, they do have a higher risk of having a stroke. Basic wellness measures like quitting smoking– immediately – and managing blood pressure, heart issues, diabetes, or high cholesterol greatly reduces their chance of suffering a stroke.

Prevention is obviously the ultimate goal, but in the event of a stroke fast action could mean the difference between life and death or permanent damage.

What to Do When a Stroke Happens? Act Fast.

It goes without saying that a stroke is a medical emergency, so acting fast is the key to saving a life, preventing extensive damage, and starting the road to recovery. The longer blood flow is cut off, interrupted, or altered, the more damage done.

Ischemic strokes, which account for about 80% of all reported strokes, can be treated with a drug that dissolves the blood clots keeping blood from flowing to the brain, preventing permanent damage—but only when administered in a timely manner.

Stroke patients need treatment within 3 hours, but it’s vital for those having a stroke to be at the hospital within 60 minutes of the onset of symptoms. Those who receive treatment within the first 3 hours may be up to 30% more likely to have a fuller recovery with minimal or no disability after 3 months.

By
Bryan Reynolds
Bryan Reynolds is the Vice President of Marketing and Public Relations for Episcopal Retirement Services (ERS). Bryan is responsible for developing and implementing ERS' digital marketing strategy, and overseeing the website, social media outlets, audio and video content and online advertising. After originally attending The Ohio State University, he graduated from the College-Conservatory of Music at the University of Cincinnati, where he earned a Bachelor of fine arts focused on electronic media. Bryan loves to share his passion for technology by assisting older adults with their computer and mobile devices. He has taught several classes within ERS communities as well as at the Osher Lifelong Learning Institute run by the University of Cincinnati. He also participates on the Technology Team at ERS to help provide direction. Bryan and his wife Krista currently reside in Lebanon, Ohio with their 5 children.
Senior Life senior healthcare retirement community senior health health tips for seniors brain fitness Mental Health

Cincinnati Retirement Communities in for a Healthcare Shakeup in 2015

7 Ways You Can Help Mom Start Planning for Future Care