A-Listers and Average Americans Are Living Well after 65 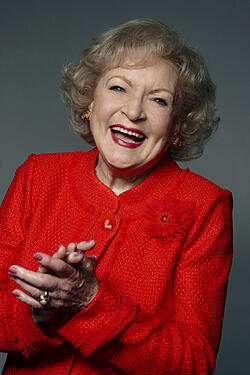 In America, a nation where it seems as though every other health and beauty magazine at the supermarket checkout touts the secrets of living well and staying young, we don’t like to talk about getting older.

Despite the fact that some of the most recognizable names in America—Dame Judi Dench, Michael Caine, Betty White, Clint Eastwood, and so many other big names in Hollywood—are over 70 and living more than well, age is still an uncomfortable topic for most mainstream media outlets.

We don’t even like to think about it, which is ironic considering we’re one of the fastest graying societies.

Fast Facts about Aging and the American Populations

According to the Census Bureau and the Administration on Aging (AoA), older adults (which the AoA defines as any American 65 years of age or older) make up a significant percentage of the American population:

And these numbers are only expected to grow as more and more Boomers cross the threshold of 65. If our population trends stay on track, there are a few numbers we can expect to see:

With these kinds of numbers, it’s no wonder that a single television special was so popular that an entire movement (with its own national health observance) was born after a single airing.

The thing is, most seniors in the United States are living well—or at least better than they did a few decades ago.

These days, while older Americans do account for the greatest number of hospitalizations in the US, seniors haven’t had too much trouble getting the healthcare they need and have some of the healthiest habits of any subset of the American population.

If you want to know how you can keep living well as you get older, check out some of our other blogs on healthcare or senior fitness, and stay tuned as we chart the path of healthy aging throughout September.

By
Bryan Reynolds
Bryan Reynolds is the Vice President of Marketing and Public Relations for Episcopal Retirement Services (ERS). Bryan is responsible for developing and implementing ERS' digital marketing strategy, and overseeing the website, social media outlets, audio and video content and online advertising. After originally attending The Ohio State University, he graduated from the College-Conservatory of Music at the University of Cincinnati, where he earned a Bachelor of fine arts focused on electronic media. Bryan loves to share his passion for technology by assisting older adults with their computer and mobile devices. He has taught several classes within ERS communities as well as at the Osher Lifelong Learning Institute run by the University of Cincinnati. He also participates on the Technology Team at ERS to help provide direction. Bryan and his wife Krista currently reside in Lebanon, Ohio with their 5 children.
living well fighting ageism Senior Life senior living

Healthy Tips for Seniors: Get Immunized!