Tips for Seniors: Recognizing the Common Symptoms of Diabetes

Tips for Seniors: Recognizing the Common Symptoms of Diabetes 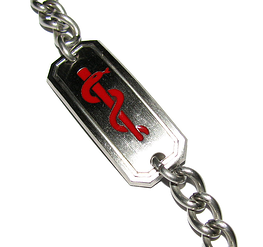 With obesity a nation-wide epidemic that affects all ages of Americans, the number of cases of diabetes has risen in recent years. At Episcopal Retirement Homes, we’re particularly concerned about seniors living well into the future and how this disease influences senior living.

According to the Centers for Disease Control and Prevention (CDC), 25.8 million Americans have diabetes—that’s more than 8% of the population.

Type 1 diabetes accounts for just 5% of cases. In type 1 diabetes, the body does not produce the insulin needed to convert glucose into energy. Formerly called “juvenile diabetes,” Type 1 is becoming more common in the broader spectrum of the public but is still most frequently diagnosed in children and young adults.

Type 2 diabetes accounts for the majority of cases of diabetes in seniors and other adults. In type 2 diabetes the body does not produce enough insulin or is unable to metabolize the insulin that has been produced.

Other forms of diabetes, such as gestational or other conditional manifestations, represent between 1 and 5 percent of all diagnosed cases.

Despite these numbers, however, the disease often goes undiagnosed because many common symptoms of diabetes seem so harmless. The CDC claims that about 7 million cases of the 25.8 million estimated total are Americans who don’t even know they have the disease.

Individual diabetes symptoms are so general and can develop so gradually that people often mistake the warning signs for some other minor illness or condition.

The early detection of diabetes can decrease your chance of developing complications from diabetes, so it is important to be able to recognize the common symptoms of diabetes in order to keep living well. 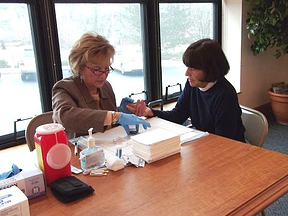 If you have one or more of these symptoms, you may have diabetes. Contact your healthcare provider to get tested. Even if you don’t have any of these common symptoms of diabetes, you may still have the disease.

Often women with gestational diabetes, and others with type 2 diabetes or prediabetes (when a person's blood glucose levels are higher than normal but not high enough to be diabetes) have no symptoms.

It is important to know your risk.

Specific risks for type 1 diabetes are not clear, but experts believe that a complement of autoimmune, genetic and environmental factors are involved in the development.

There are many different risk factors for type 2 diabetes:

Research shows that you can half your risk for type 2 diabetes by losing weight. Losing as little as 10 to 15 pounds can make a huge difference, and for some people with prediabetes, research has shown that early treatment can actually eradicate the condition entirely.

Try to incorporate healthy habits into your senior living.  For more information regarding other wellness issues, look at ERH’s “Six Dimensions of Wellness” to read moreabout ERH’s total wellness philosophy.

By
Bryan Reynolds
Bryan Reynolds is the Vice President of Marketing and Public Relations for Episcopal Retirement Services (ERS). Bryan is responsible for developing and implementing ERS' digital marketing strategy, and overseeing the website, social media outlets, audio and video content and online advertising. After originally attending The Ohio State University, he graduated from the College-Conservatory of Music at the University of Cincinnati, where he earned a Bachelor of fine arts focused on electronic media. Bryan loves to share his passion for technology by assisting older adults with their computer and mobile devices. He has taught several classes within ERS communities as well as at the Osher Lifelong Learning Institute run by the University of Cincinnati. He also participates on the Technology Team at ERS to help provide direction. Bryan and his wife Krista currently reside in Lebanon, Ohio with their 5 children.
living well senior healthcare health tips for seniors diabetes

Superfoods for a Super Diabetic Menu