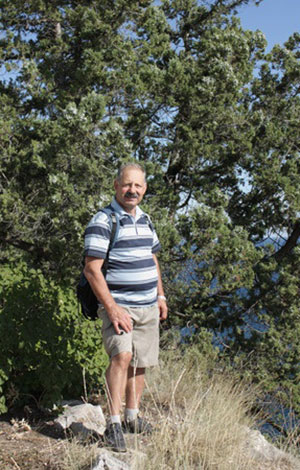 Sometimes, when you get stuck in a rut, you just need to get away for a while. Luckily, here in Southwestern Ohio, there are many wonderful small towns and burgs that the independently-living senior can get out and explore on a day trip.

Among them is New Richmond, a 200-year old river village nestled along the Ohio, about 20 miles southeast of downtown Cincinnati in southern Clermont County. Known for its surrounding scenery and small town charm, it is a perfect spot for making a lazy Sunday drive.

Celebrating its bicentennial in 2014.

Founded in 1814, New Richmond in the 19th Century was a thriving river port and stopover keelboats and riverboats headed down the Ohio. In the 1830s, it was also a primary milling site, with a gristmill, sawmill and various merchant stores fostering trade.

As the railroads moved west and became a cheaper means of moving goods and people, river traffic gradually died down and New Richmond became a small village. Its population today is roughly 2,500, but those folks are very proud of their centuries-old town.

All throughout 2014, special events will commemorate the town's bicentennial. On September 6th, it will celebrate its annual Frontier Days Festival, with special bicentennial concerts. The weekend of September 19-21, New Richmond will hold its Bicentennial Big Bash.

Abolitionism and the Underground Railroad

By the middle of the 1800s, New Richmond and surrounding areas of Clermont County were a hotbed for the abolition movement and a prominent hub on the Underground Railroad. Given their position just across the river from Kentucky, where slavery was allowed, Ohio river villages like New Richmond were often the first ground upon which runaway African-American slaves set foot.

According to one account, when an escaped slave named Leroy Lee was captured by bounty hunters in Cincinnati, they brought him to New Richmond on their way back to Kentucky. This so enraged the local populace that they organized and confronted the slave hunters, demanding Lee's release. When the crowd became violent, the slave hunters ran for their lives and Lee stayed in town, later to enlist in the United States Army.

And that wasn't the only time New Richmond's residents defended freedom. James G. Birney published a well-known abolitionist paper, The Philanthropist, in New Richmond, beginning early in 1836. Birney was a former slave owner who became an ardent member of William Lloyd Garrison's American Anti-Slavery Society. His fiery treatises against the "peculiar institution" incited some slavery-supporting citizens to riot. In response, a group of New Richmond residents organized to protect the paper and its offices. Later that year, Birney decided to move his operation downriver to Cincinnati.

Just outside New Richmond, in neighboring Ripley, Ohio, stands the John Rankin House, an important stop on runaway slaves' trip north. Rankin was a Presbyterian minister who lived atop a 650-foot prominence— so-called "Liberty Hill"— overlooking a narrow section of the Ohio River. He would aid and shelter escaping slaves. To let runaways know when it was safe to cross the river, he would stand on his hill and signal with a lantern or candle, which could be seen for miles around. The stone steps up to his home were called the "Steps to Freedom" by the people he helped — estimated to have numbered over 2,000 individuals.

In addition to the historic sites in and around New Richmond, the countryside in Clermont County and neighboring Brown County is idyllic for a drive. New Richmond itself lies along US 52 (take Kellogg Avenue east from downtown Cincinnati, or the US 52 exit from I-275), which winds along the Ohio River toward eastern Ohio. Along the way, you'll pass the Coney Island amusement park, Riverbend concert venue and Belterra Park horsetrack and racino.

The village itself features several restaurants (such as The Landing) and quaint shops, as well as parks and walking areas along the riverbank.

Continuing out from New Richmond along US 52, you will pass through Brown County and eventually hit Adams County, home of the world-renowned Serpent Mound and many wildlife sanctuary areas in the Arc of Appalachia preserve system, just in the shadow of the Appalachian foothills.

Get out and see the sites in Clermont County!

If you've been stuck in the house and you're looking for a bit of late summer fun, hop in the car and mosey east to New Richmond. You'll find history, scenery and quiet fun.

By
Bryan Reynolds
Bryan Reynolds is the Vice President of Marketing and Public Relations for Episcopal Retirement Services (ERS). Bryan is responsible for developing and implementing ERS' digital marketing strategy, and overseeing the website, social media outlets, audio and video content and online advertising. After originally attending The Ohio State University, he graduated from the College-Conservatory of Music at the University of Cincinnati, where he earned a Bachelor of fine arts focused on electronic media. Bryan loves to share his passion for technology by assisting older adults with their computer and mobile devices. He has taught several classes within ERS communities as well as at the Osher Lifelong Learning Institute run by the University of Cincinnati. He also participates on the Technology Team at ERS to help provide direction. Bryan and his wife Krista currently reside in Lebanon, Ohio with their 5 children.
retirement community senior living Cincinnati day trips

Heart Healthy: 3 Recipes That Have All the Flavor and No Added Salt

Cincinnati Senior Living Kicks off Fall with a Flourish