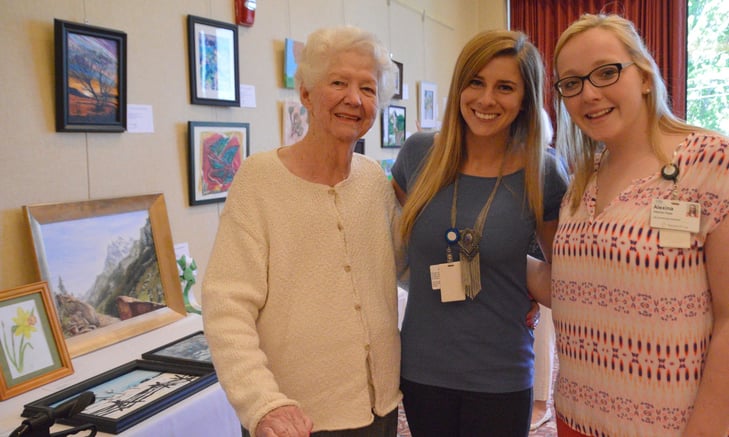 Marjorie P. Lee Retirement Community is honored to have been chosen by LeadingAge Ohio to host the South/Southwest District semifinals of that organization’s annual Art and Writing Show.

LeadingAge Ohio was founded in 1937 as a legislative advocacy and educational programming agency designed to assist non-profit senior care providers. Over the past several decades, it has developed shared enrichment programs to help member retirement homes’ residents and community-based service clients achieve more fulfillment and contentment in retirement.

The statewide competition will take place Sept. 14-15 at the Hilton Columbus at Easton.

The organization’s Art and Writing Program is one such enrichment opportunity. It has organized an annual show of residents’ creative work since the early 1990s. It receives more than 1,000 entries and hundreds of visitors each year.

The Art and Writing Show is organized a bit like a state fair, in that there are five smaller, regional shows, from which winning entries are chosen and sent on to a statewide show, held in Columbus during LeadingAge Ohio’s Annual Conference. This year, the statewide competition will take place Sept. 14-15 at the Hilton Columbus at Easton. 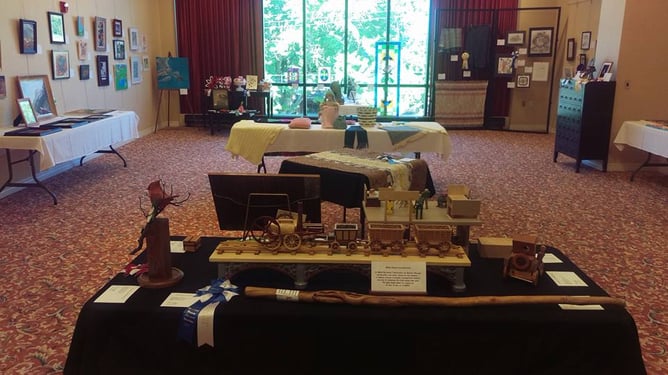 The show’s judges are typically volunteers from the community who have a background inthe arts. Professional artists, teachers and respected arts patrons are often among them.

Works are evaluated based on traditional criteria like aesthetics, mechanics, emotive presence and such, but always with a mind toward providing encouragement to resident artists and writers, compassionately honoring each entrant’s commitment to exploration and craft.

Most of the show’s entrants aren’t professional artists or writers. in fact, most had never explored their creative sides until they retired. Still, each year, its judges are continually amazed by their imagination and by the quality of work they submit. 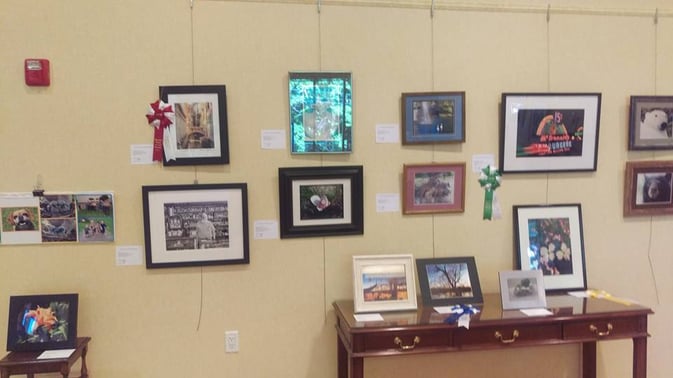 The Art and Writing Show is an excellent opportunity for Ohio’s seniors to demonstrate the many ways they contribute, even in retirement, to the vibrancy of our communities and our state.

Even retirement community residents who don’t submit their own work to the show enthusiastically participate in it. They volunteer to set it up, promote it to family and friends, encourage their creative neighbors and praise their work, staff the viewing rooms and welcome outside visitors. 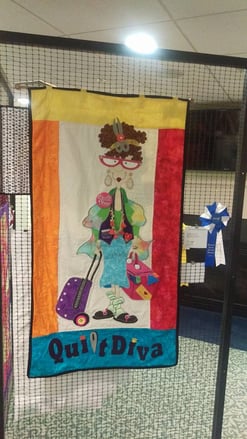 MPL resident Dan Wheeler, a retired cognitive psychologist from the University of Cincinnati and an avid digital photographer, has enjoyed perennial success in the Art and Writing Show. He took home first prize in Photography at the 2014 contest and did so again in the 2015 competition.

In 2016, Wheeler received third place in Photography for this photo and a second place ribbon in Computer Art. On the writing side, he also placed second in Non-Fiction last year for his short memoir piece, “Valentine’s Day Plus Fifty.”

By placing, all three of his entries were automatically entered in last year’s LeadingAge’s statewide arts competition. There, his Photography entry took home 2nd place — even better than it had fared at the regional show.

Wheeler has also received recognition within the larger art world. In 2002, several of his photographs were accepted for a show at the b. j. spoke gallery in Huntington, New York. His work was subsequently reviewed in the New York Times.

In 2010, his photograph "Aging" won first place in the juried Digital Photography Challenge. And in 2011 and 2012, he was honored with back-to-back “Print of the Year” awards — first by the Camera Club of Cincinnati, then by the Photography Club of Greater Cincinnati. His work is represented by the Mac Worthington Gallery in Columbus, Ohio.

Come see the LeadingAge Art and Writing Show this year!

Come see the amazingly creative things Cincinnati’s seniors can do! We encourage you to come visit the show and lend your support to all our participants. Admission is free and all are welcome to attend.

If you have questions about this year’s LeadingAge Ohio South/Southwest District Art and Writing Show or about the artists participating in it, click here to contact the District Coordinator, Debbie MacLean, or call her at 513-533-5204.

By
Bryan Reynolds
Bryan Reynolds is the Vice President of Marketing and Public Relations for Episcopal Retirement Services (ERS). Bryan is responsible for developing and implementing ERS' digital marketing strategy, and overseeing the website, social media outlets, audio and video content and online advertising. After originally attending The Ohio State University, he graduated from the College-Conservatory of Music at the University of Cincinnati, where he earned a Bachelor of fine arts focused on electronic media. Bryan loves to share his passion for technology by assisting older adults with their computer and mobile devices. He has taught several classes within ERS communities as well as at the Osher Lifelong Learning Institute run by the University of Cincinnati. He also participates on the Technology Team at ERS to help provide direction. Bryan and his wife Krista currently reside in Lebanon, Ohio with their 5 children.
Marjorie P Lee Senior Life wellbeing

[QUIZ]: How Much Do You Know About Alzheimer's & Dementia?