What Caregivers Should Know About COV... 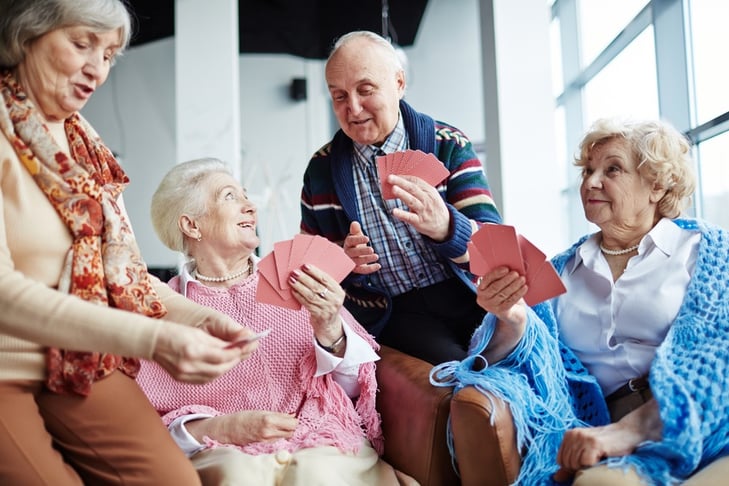 You’ve probably been following all our updates about the planned renovations here at Marjorie P. Lee (MPL), which have been ongoing for the past year.

Today, we wanted to bring you up to speed on their progress, and introduce you to some of the outstanding, forward-thinking people who are helping us to make them a reality.

We’re truly thankful for all those generous donors, who’ve put us well on the way to completing the renovation master plan for our Cincinnati senior living community and allowed us to become true innovators in the provision of dignified, person-centered retirement care.

Earlier this year, we completed construction on two memory care households: the relocated Morris Apartments and the new Kirby House. This brought the first phase of our master plan renovations to a close.

It also marked the beginning of our program to provide more individually-tailored memory care services for residents with dementia and Alzheimer’s disease.

“We’re honoring people who need memory care by meeting them where they are and giving our staff the skills they need to do that,” explained Ginny Uehlin, Vice President of Residential Housing and Healthcare. “We will customize care for the individual, and not just look at the person, but look at the person today, and their potential future needs.”

The next phase of renovations at MPL includes the construction of new community balconies overlooking the Residential Living at Marjorie P. Lee courtyard. These will provide additional, welcoming common spaces where our senior residents can relax with friends and hold small gatherings.

Curious to meet some of the donors who have made these, and many other planned updates, possible? Read on.

A trained neurologist, he was called back out of retirement last year when Good Samaritan Hospital needed an experienced physician to serve as its primary consulting neurologist.

“I’m back out there taking care of people,” he chuckled.

Reed was one of the parties we consulted, too, in developing our new memory enhancement program. He serves on ERS’s all-volunteer Board of Directors and is the Chair of our MPL Capital Campaign committee.

A strong advocate for memory care research and funding, he is a member of the Alzheimer’s Association and has experience as a lobbyist.

“As a neurologist and a citizen, I’ve been passionate about Alzheimer’s,” Reed said. “The demographics of our situation, with people getting older and living longer, means that there is going to be more and more need for memory care.”

“I want to be sure we’re doing the best we can to create a place that is going to be well-funded, organized, and staffed for the kind of care that we are going to need as we age where we are,” he explained.

Jack Kirby has a long history with our Hyde Park sister community, Deupree House. Several of his family members — including his wife, Alberta, who had Alzheimer’s — have resided there. For the last five years, he’s lived at Deupree, too.

An incredibly generous $250,000 donation he made to the ERS Foundation helped us to open the Kirby House memory care household, named in honor of his late spouse, and also allowed us to begin providing cutting-edge SAIDO Learning® cognitive intervention therapy in all ERS memory care centers.

“During my wife Alberta’s illness with Alzheimer’s, I experienced ﬁrsthand the stress of the illness on caregivers,” he said. “I want to do anything I can to help make the residents’ lives more meaningful and ease the burden on caregivers.”

“He is a model of perseverance and acceptance,” asserted Gates Smith, an ERS Board Member and close friend of Kirby’s. “Jack appreciates the gifts he has been given and has shared them so generously to the capital campaign as a result. He is a man with a humble heart and a servant’s mission, and we appreciate his great generosity.”

Hyde Park resident Linda Callard is a retired nurse. Her husband, George, is a retired cardiothoracic surgeon. They’re both members of the Episcopal Church. It’s fairly clear, then, why both take an interest in Marjorie P. Lee Retirement Community.

“We certainly believe in Marjorie P. Lee’s mission,” she said, adding that it is “vitally important.”

Linda is a dedicated volunteer at the MPL Corner Store. George received short-term care here following a life-threatening fall. They spontaneously donated to the MPL Capital Campaign, despite never having been asked to do so.

“We felt they were quite forward-thinking about making space for future residents needing memory care,” Ms. Callard explained.

The Diocese of Southern Ohio

Another critical, steadfast partner for our retirement community, dating all the way back to our parent company ERS’s 1951 beginning as the Memorial Homes Foundation, has been the Episcopal Diocese of Southern Ohio.

We receive generous, ongoing support from an endowment — bestowed by our late namesake Marjorie Purves Lee’s husband, Charles, as a legacy to her memory — managed by the Trustees of the Diocese of Southern Ohio.

Another substantial gift, made by the Trustees through the Diocese’s William Cooper Procter Fund, has significantly helped to make our recent improvement campaign a success.

How can you help?

Play a personal role in providing a bright future for our residents, and in strengthening ERS as a whole: contribute to the MPL Capital Campaign’s Luther Challenge! 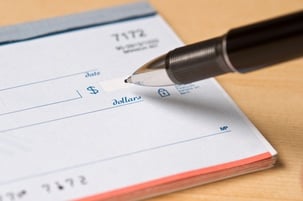 Frances Luther, a resident of Marjorie P. Lee and philanthropist, supported ERS during her lifetime, and her legacy foundation has continued to fund our organization’s important needs.

The H.B., E.W. and F.R. Luther Charitable Foundation, Fifth Third Bank and Narley L. Haley, Co-Trustees, have issued a matching challenge grant, dollar-for-dollar up to $100,000, for all new gifts to the Capital Campaign.

Donors interested in doubling the size of their gift to the MPL Capital Campaign via the Luther Challenge may contact our Executive Director of Philanthropy, Joy Blang, at 513-979-2313, or email her.

By
Bryan Reynolds
Bryan Reynolds is the Vice President of Marketing and Public Relations for Episcopal Retirement Services (ERS). Bryan is responsible for developing and implementing ERS' digital marketing strategy, and overseeing the website, social media outlets, audio and video content and online advertising. After originally attending The Ohio State University, he graduated from the College-Conservatory of Music at the University of Cincinnati, where he earned a Bachelor of fine arts focused on electronic media. Bryan loves to share his passion for technology by assisting older adults with their computer and mobile devices. He has taught several classes within ERS communities as well as at the Osher Lifelong Learning Institute run by the University of Cincinnati. He also participates on the Technology Team at ERS to help provide direction. Bryan and his wife Krista currently reside in Lebanon, Ohio with their 5 children.
Marjorie P Lee Memory Support Episcopal Retirement Services wellbeing

Checklist: How to Choose a Short-Term Rehab Provider