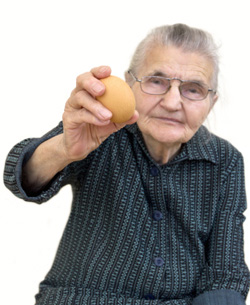 Alzheimer’s is a disease that we hear about often, but have yet to truly understand.

1 in 8 seniors over the age of 65 shows signs of Alzheimer’s. More than 5 million have been diagnosed— a number that is expect to rocket up to 16 million within the next few decades.

The numbers are truly staggering, but there is hope that this increasing prevalence will generate greater awareness of the disease and spark interest in deeper study. Already, national activism has gained traction within the federal government, precipitating a $122 million increase in federal funding for Alzheimer’s research and education.

Let’s start with the basics. What is Alzheimer’s?

Alzheimer’s is a specific, and most common, form of dementia which is, itself, a catchall term for any disease of the brain that causes memory loss and affects or impedes other intellectual functions and abilities.

The nature of the disease is one of slow, sometimes unnoticeable changes in the behavior of those it affects. Memory loss, inability to think clearly, and changes in outward behavior are some of the first signs of Alzheimer’s. While these symptoms take time to manifest fully, Alzheimer’s is a progressive disease, meaning these symptoms do worsen over time.

Though certain exercises and activities, particularly brain fitness programs, have the potential to slow down the progression of the disease, there is, as yet, no cure for Alzheimer’s.

However, the work of international advocacy groups have marshaled a worldwide effort to research and study this disease – as well as other forms of dementia – in order to create lasting treatments, delay the onset of Alzheimer’s, and even prevent it from happening.

Where is Alzheimer’s research at now?

A recent study from the Cleveland Clinic has discovered a new brain protein that may be directly linked to Alzheimer’s. This protein, called Neuroligin-1, has previously been associated with long-term memory functions and, when damaged, can be linked to cognitive diseases like autism.

In relation to Alzheimer’s, this protein is important because it allows the brain to send messages through healthy synapses. When blood vessels in the brain amass too much of the protein plaque amyloid beta, the brain’s natural defense and immune systems, called microglia, become overwhelmed and pathways become inflamed. This inflammation leads to “gene modifications in the brain.”

When Neuroligin-1 is modified, it affects the synapses, thus causing memory, thought, and behavior issues.

It’s believed that if medical research are able to find a way to prevent microglia inflammation, synaptic function can be preserved, meaning the memory, thought, and behavior issues associated with diseases like Alzheimer’s can be prevented or fixed.

Although this research has led to the development of a new compound, MDA7, that could treat microglia inflammation, it will still be years before a workable drug treatment is developed and approved.

Where does that leave you and your loved ones?

Memory loss, and its associated conditions, is one of the greatest threats facing aging Americans today. Great strides are still being made in Alzheimer’s research, but much study is yet be done before a vaccine to stave off these diseases or an antidote to reverse the effect on those already showing signs or who have been diagnosed can be found.

While current studies and their resulting treatments may not yet directly affect the lives of you and your loved ones, their findings may well lead to significant changes in how medical professionals are able to treat Alzheimer’s and other forms of dementia.

But for now, focus on what you can do at home.

A healthy diet, regular exercise– both physical and mental– and regular social interaction are all known to have a profound effect on brain fitness for seniors.

By
Bryan Reynolds
Bryan Reynolds is the Vice President of Marketing and Public Relations for Episcopal Retirement Services (ERS). Bryan is responsible for developing and implementing ERS' digital marketing strategy, and overseeing the website, social media outlets, audio and video content and online advertising. After originally attending The Ohio State University, he graduated from the College-Conservatory of Music at the University of Cincinnati, where he earned a Bachelor of fine arts focused on electronic media. Bryan loves to share his passion for technology by assisting older adults with their computer and mobile devices. He has taught several classes within ERS communities as well as at the Osher Lifelong Learning Institute run by the University of Cincinnati. He also participates on the Technology Team at ERS to help provide direction. Bryan and his wife Krista currently reside in Lebanon, Ohio with their 5 children.
Alzheimer's senior health brain fitness

Caregivers Should Plan for the Worst in Senior Health Care