If you have a jones for ice cream and ask a Cincinnatian where the best scoop shop is, you may need to be prepared to settle in for a long answer. That’s because there are so many homegrown options here. In this blog post, we put the cherry on top of a raging Queen City debate.

The first suggestion you might hear— and one on which even West Siders and East Siders generally agree— would be to try Graeters’, a Cincinnati institution for well over a hundred years.

Graeters’ has a variety of flavors, including seasonal offerings like the summer-perfect Elena’s Blueberry Pie and their signature Black Raspberry Chocolate Chip featuring gigantic chunks of dark chocolate. They also make sorbet, gelato and other treats, like their cookie-sandwiched Chip Wheelies.

The brand is so well known here that you may hear the occasional local refer to the area as “Graeters’ Cincinnati.” Today, a fourth generation of the Graeter family still runs the business, selling frozen treats in every Kroger grocery nationwide.

In 1908, brothers Thomas and Nicholas, who had emigrated from Greece, opened their first shop, The Metropolitan, in Norwood. Though it was sold during the Great Depression, their second location in nearby Oakley endured.

Aglamesis Brothers specialized in hand-cranked ice cream made the old-fashioned way, delivered to area homes, and quickly developed a loyal following among Cincinnati’s East Side residents.

Today, their nostalgic Oakley ice cream parlor (with its antique tin molded ceiling and marble fountain) on Madison Road, along with a second location in Montgomery, still boasts over 20 flavors of ice cream and Italian ice, plus exquisite chocolate-dipped candies, to choose from.

Though it doesn’t boast a scoop shop, per se, one local treat Cincinnatians can’t get enough of is Madisono’s, available at Madison’s, downtown in the historic Findlay Market.

Madison’s Market, opened by Bryan and Carolyn Madison in 1996, sells produce grown on the family’s Adams County farm as well as foodstuffs and treats made right here in Cincinnati. Chief among them is the family gelato and sorbet line, Madisono’s.

Another Findlay Market sweet treat is Dojo Gelato which, despite being a relative newcomer, (it opened in August, 2009) has become a destination for Tri-Staters looking to satiate their dessert desires.

Owner Michael Christner and his wife Kimberly moved to Cincinnati from Austin, TX, and founded their shop with a focus on freshness, quality over quantity and classic gelato production techniques. The business uses growth hormone-free Ohio milk and makes a point to source its flavor ingredients from local farmers whenever possible.

Blending European craft with Eastern discipline (a “dojo” is a “training place” in Japanese culture), the shop maintains a commitment to a pursuit of creamy perfection. With 12 made-from-scratch flavors daily, you rarely find the same lineup twice, so make sure to check out the daily listings on their Facebook page before heading out.

There are many places to get soft serve ice cream— every small Midwestern town has own. One of our favorites is the Loveland Dairy Whip, or the “Whippy Dip,” as it’s been affectionately called by thousands of after-game-treat-clamoring kids for more than a half century.

Take a stroll along the scenic Little Miami River, then head over and relive some Little League magic.

Though not exactly a scoop shop, UDF is nonetheless a Tristate ice cream destination.

In 1938, Carl H. Lindner, a local entrepreneur, founded United Dairy Farmers in Norwood as a small dairy with an attached store. His model was a success, and UDF now boasts nearly 200 stores in the Tristate.

Though UDF has evolved into more of a convenience store/filling station, most locations have an extensive ice cream counter, selling house brand ice cream. Stop in, fill up your tank and grab a Chocolate Malted or a triple-scoop Cookies and Cream waffle cone. It’s the perfect on-the-go fun treat for a senior living through the steamy Cincinnati summer. By
Bryan Reynolds
Bryan Reynolds is the Vice President of Marketing and Public Relations for Episcopal Retirement Services (ERS). Bryan is responsible for developing and implementing ERS' digital marketing strategy, and overseeing the website, social media outlets, audio and video content and online advertising. After originally attending The Ohio State University, he graduated from the College-Conservatory of Music at the University of Cincinnati, where he earned a Bachelor of fine arts focused on electronic media. Bryan loves to share his passion for technology by assisting older adults with their computer and mobile devices. He has taught several classes within ERS communities as well as at the Osher Lifelong Learning Institute run by the University of Cincinnati. He also participates on the Technology Team at ERS to help provide direction. Bryan and his wife Krista currently reside in Lebanon, Ohio with their 5 children.
summer activities for seniors Cincinnati 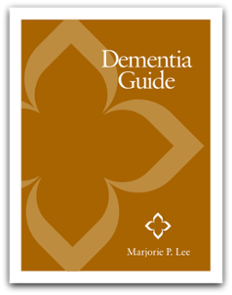 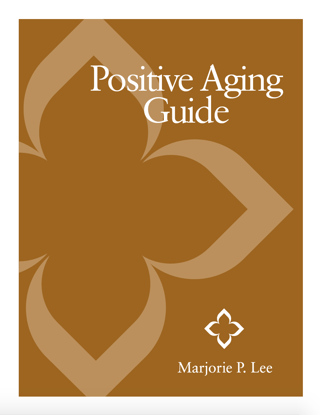 Moving into a Retirement Community? Here’s What You Should Keep.