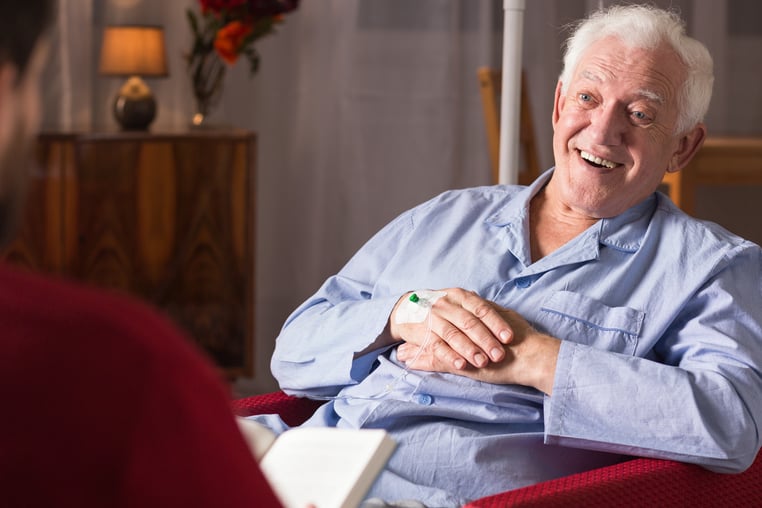 Although June is over and Alzheimer’s and Brain Awareness Month has passed, that doesn’t mean we can’t all continue to spread awareness. We want to share some of the recent advancements in Alzheimer’s disease research. While it sometimes feels as though there is so much we haven’t done or don’t know yet, the good news is that there are people who are devoting their lives to digging deeper and pressing forward. The Alzheimer’s Association, for example, has continued to fundraise, advocate, and advance research, even during the COVID-19 pandemic.

Research is never finished, and there are plenty more studies that can still be done related to Alzheimer’s, dementia, and other memory-loss conditions and cognitive disorders. Below, we explore some of the most recent breakthroughs in the field.

According to the Alzheimer’s Association, there are currently 5 drugs approved by the FDA that treat the symptoms of Alzheimer’s, but they do not yet address the underlying root cause of the disease. However, there are many drugs currently in development that aim to slow or stop the disease’s progression.

Many people with Alzheimer’s experience destruction in nerve connections in their brains when the beta-amyloid interacts with a protein called Fyn. Research has found a drug that can turn off the body’s production of Fyn. Human trials are still underway and awaiting results, but in animals, when the production of Fyn was stopped, the nerve connections began to work again.

There are other markers of Alzheimer’s disease that treatments are looking to fight besides beta-amyloid, too. One of these is inflammation. Inflammation is particularly prevalent in Alzheimer’s patients because plaques and other Alzheimer’s hallmarks trigger an immune response that causes inflammation. As the plaques continue to grow, inflammation continues to expand, as well.

Some researchers are looking at ways of protecting the neurons from the toxic chemicals released when the immune response is triggered. Other research is being done to decrease the amount of inflammation present in the first place. As we age, some brain cells stop growing and dividing, although they don’t die. These cells release molecules that cause inflammation. By targeting and killing these cells, treatments can stop the excess inflammation from occurring. As with the rest of these treatments, research is still underway.

Did you miss Alzheimer’s and Brain Awareness Month this year? There are many ways you and your family can acknowledge the event next June. For example, consider doing a 5K or 10K at a park with your family, and make a donation to an Alzheimer’s research organization on The Longest Day.

Another great way to honor the month is by educating yourself on the disease and knowing what you can do now to reduce your risk and that of your family. While there aren’t any proven methods of preventing Alzheimer’s disease, leading a healthy lifestyle can possibly help you reduce your risk. Don’t smoke, eat a balanced diet (Mediterranean-style is an excellent choice), be active, and address any blood pressure or cholesterol issues.

Perhaps the most important way to acknowledge Alzheimer’s and Brain Awareness Month — both in June and year round — is by using your brain as much as you can. Do some extra puzzles in the evening, play trivia games with your family, and keep your memory active. The more you can use your thinking skills, the better.

Alzheimer’s research still has a long way to go, but there are advancements being made consistently. Research and studies are always ongoing with the hope and belief that one day Alzheimer’s and all other dementia will be ended for good. In the meantime, we at Marjorie P. Lee will continue to provide high-quality memory care to Cincinnati seniors who need it. Click here to learn more.

By
Kristin Davenport
Kristin Davenport is the Director of Communications for Episcopal Retirement Services (ERS). Kristin leads ERS’s efforts to share stories that delight and inspire through social media, online content, annual reports, magazines, newsletters, public relations, and events. Kristin earned her BFA in graphic design from Wittenberg University. She joined ERS in 2014 after a 25-year career as a visual journalist and creative director with American City Business Journals. Her role at ERS has ignited her passion for making Cincinnati a dementia-inclusive city, and she spends time with residents as a SAIDO® Learning lead supporter. Kristin is the executive producer and co-host of the Linkage Podcast for ERS. Kristin and her husband Alex live in Lebanon, Ohio, with their two daughters. She also serves as a Trustee and the President of the Lebanon Food Pantry and is a board member for ArtScape Lebanon, where she teaches painting and has an art studio, Indium Art.
Alzheimer's dementia memory care the longest day Alzheimer's & brain awareness month alzheimer's disease