At ERH we look for the innovators and forward thinkers to lead our charge in setting the standard for senior living in Cincinnati and across the country. 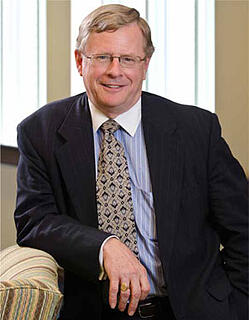 Member of the Board

In the years since the rector of St. Luke’s in Granville Ohio, Stephen Applegate, recommended his parishioner Dixon Miller for a seat on our board, the Episcopal Retirement Homes community has benefitted from a marked increase in incisive legal expertise and keen business savvy.

As a practicing international attorney with expertise in corporate law, he’s more than familiar with the legal intricacies involved in the running of an expansive organization like the ERH family of retirement communities and senior services.

“The ERH Board is one of the most involved and effective boards I have ever worked with. It is truly exemplary of how an effective nonprofit board should work,” he says.

And Miller is no stranger to the complexities of the senior care industry, either.

His mother was diagnosed with Alzheimer’s disease nearly two decades ago and endured a 15 year struggle with the disease that lead her from assisted living to full-time care before she passed away.

And it is his experience with his mother’s care that, in part, led him to service to the older adult community in Cincinnati as a member of the Episcopal Retirement Homes board. 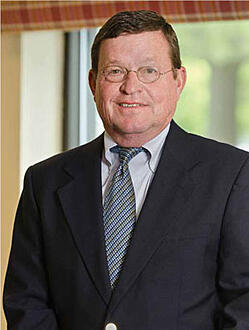 Member of the Board; Member of Finance and Strategic Investment Committee within ERH

Our retirement communities have already felt the positive impact of the leadership experience Ben Blemker gained in his years as CEO of the scrap division at the David J. Joseph Company in Cincinnati in the few short months he has been serving on our board.

Blemker’s ability to analyze business currents and environments has enabled us to act proactively in order to facilitate positive change in both our communities and services.

“Being part of a progressive, well-run, well-defined organization is appealing to me,” says Blemker. “It’s a very complicated organization that takes two or three years to really get your arms around… I have served on nonprofit boards in the past. But, in my opinion, they didn’t have the right approach to defining success and implementing it.”

ERH, on the other hand, has the right kind of discipline and financial savvy—thanks to the time and expertise of volunteers like Blemker—to make a nonprofit organization succeed. 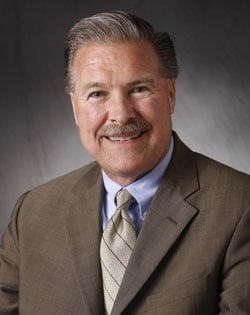 Our President and Chief Executive Officer Doug Spitler has been a driving force for change in the Episcopal Retirement community since he was hired on as the Executive Director of Whetsone Care Center in Columbus more than twenty years ago—after his Beatles-inspired rock n’roll band finished touring the Midwest, of course.

It didn’t take long for Spitler’s innovative ideas for aging services to catch the attention of the board. He was named President and CEO in 1987, only five years after joining the ERH team.

ERH’s unwavering commitment to excellence and service to older adults in the Greater Cincinnati area is a point of pride for Spitler. “We have some of the most talented and committed Board members and staff who keep ERH in the forefront of eldercare trends,” he says.

Spitler has himself been a licensed nursing home administrator since 1974 and has always strived to provide dignified senior care that centered on the needs and desires of the older adults who lived in the communities he managed.

This goal, which has made him such an effective leader here at ERH, has become even dearer now that his own mother Mary Elizabeth is advancing in age—88 and still going strong!

The dedication of the Deupree Cottages was one of his proudest and fondest moments in his time at ERH. “It was great to finally provide nursing care the way it should be,” he says, “restoring freedom, choice and purpose for elders.”

Don’t Get Senior Healthcare? We've Got You Covered.