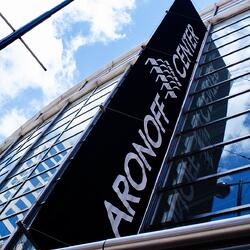 If you've enjoyed being immersed in the arts and entertainment community your entire life, there's no reason your social agenda should change after retirement. For many seniors, supporting the arts goes beyond simply attending a performance once a year to philanthropic endeavors or even volunteer opportunities.

And the Queen City is more than welcoming to patrons of the arts like you.

The Cincinnati Arts Association welcomes members as donors and volunteers , helping you stay connected to the arts after retirement.

There is nothing quite like the Cincinnati Arts Association.

When the Aronoff Center for the Arts was being built on Walnut Street in the early 90s, the Cincinnati Arts Association (CAA) was created as a non-profit organization to oversee the management and programming not only of the Aronoff and the Weston Art Gallery, which is located in its lobby, but at the historic Music Hall, as well.

Most of the stage presentations we see are actually produced by other arts groups like the Cincinnati Symphony, the Cincinnati Opera and Broadway in Cincinnati, but they’re organized by the CAA.

And this year, the CAA has planned some amazing performances.

Take a look at what’s in store for the arts this season.

2014 is the year of award winning Broadway performances.

If you’re tired of being stuck inside with nothing to do this winter, come enjoy Fifth-Third Bank’s Broadway in Cincinnati presentation of Andrew Lloyd Webber's Evita at the Aronoff Center or kick off the spring season this March by taking in a showing of the critically acclaimed Broadway masterpiece Wicked which tells the story of The Wizard of Oz from the witches point of view!

Then with summer in reach, Cincinnati will be proud to host the internationally famed, Phantom of the Opera. A performance not to be missed!

The Cincinnati Ballet has been celebrating its fiftieth anniversary this year with a masterful season of all your favorites (from Swan Lake to the Nutcracker), but the highlight of the season has been the new composition Camelot, the company’s biggest full-length ballet adventure in decades, which premiered February 13.

This season of the Cincinnati Symphony Orchestra sees the return of laureate conductor Paavo Järvi to Music Hall for a special one-night performance late in February, leading up to a fiery conclusion in May.

If you’re interest is in the arts and culture, then you might want to head over to Museum Center at Union Terminal.

Cincinnati's Museum Center is home to several museums all across one campus where you can explore Cincinnati’s rich, local history (including a look at the dinosaurs that roamed prehistoric Ohio!) and take in a few more modern events this season such as the award-winning exhibition on the life and humanitarian work of the “People’s Princess,” Diana, Princess of Wales.

From modern art to the masters of the Renaissance, Cincinnati's permanent and traveling art collections will keep you impressed.

Take a look at what’s in store for this year.

The Museum Center will feature a series that encompasses the cultural foods, entertainment and social highlights of cultures from around the world. From Latin America to Celtic lands, you can come to enjoy a day in the life at one of the festivals happening all year long.

The museum hosts a number of seminars, lectures and special tours that offer ongoing educational opportunities. From a tour through the gardens to a performance at the organ pavilion, you won't be short on a variety of activities to enjoy.

Seniors interested in having a say in the cultural happenings of the city can take advantage of becoming a member of the museum and offer insights on how you’d love to see the museum shape the community.

By
Bryan Reynolds
Bryan Reynolds is the Vice President of Marketing and Public Relations for Episcopal Retirement Services (ERS). Bryan is responsible for developing and implementing ERS' digital marketing strategy, and overseeing the website, social media outlets, audio and video content and online advertising. After originally attending The Ohio State University, he graduated from the College-Conservatory of Music at the University of Cincinnati, where he earned a Bachelor of fine arts focused on electronic media. Bryan loves to share his passion for technology by assisting older adults with their computer and mobile devices. He has taught several classes within ERS communities as well as at the Osher Lifelong Learning Institute run by the University of Cincinnati. He also participates on the Technology Team at ERS to help provide direction. Bryan and his wife Krista currently reside in Lebanon, Ohio with their 5 children.
independent living for seniors activities for seniors life after retirement senior living